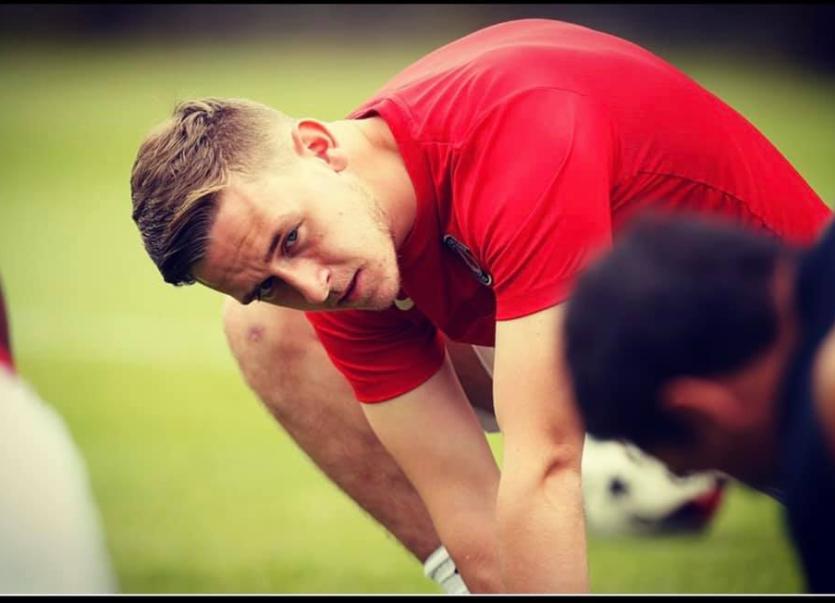 Mikhail Kennedy believes he has found his true calling in counselling after coming to terms with the fact that his dream to be a professional footballer has ended.

The 24-year-old has endured a painful yet necessary period of self-discovery in recent years, culminating in a level of self-awareness and understanding that had eluded him most of his life.

Focused solely on becoming a footballer all his life, everything seemed to fall in place for the Shantallow man from a young age, moving to London at only 15 to join Charlton Athletic. There he stayed until he ruptured his ACL in training, and after two operations, he spent 18 months recovering, but whilst the physical toll of that injury was obvious, the toll on his emotional health was never evident to others.

Instead of speaking to his friends, team mates or manager, Mikhail kept his head down and focused on getting better. After a brief spell with Derry City in 2017, he returned to the Valley but after a total of five years at Charlton, he was released in 2019 and returned home. He trained briefly with Derry City and Institute but in a friendly game between the sides his ACL ruptured again, much to his complete devastation, and was forced to retire soon afterwards.

The former Northern Ireland U21 International appeared on The Mental Well-Balling Podcast this week and for the first time admitted the painful path he has been on, his struggles in accepting that his football career was over and his shame at self-perceived failure in his life. 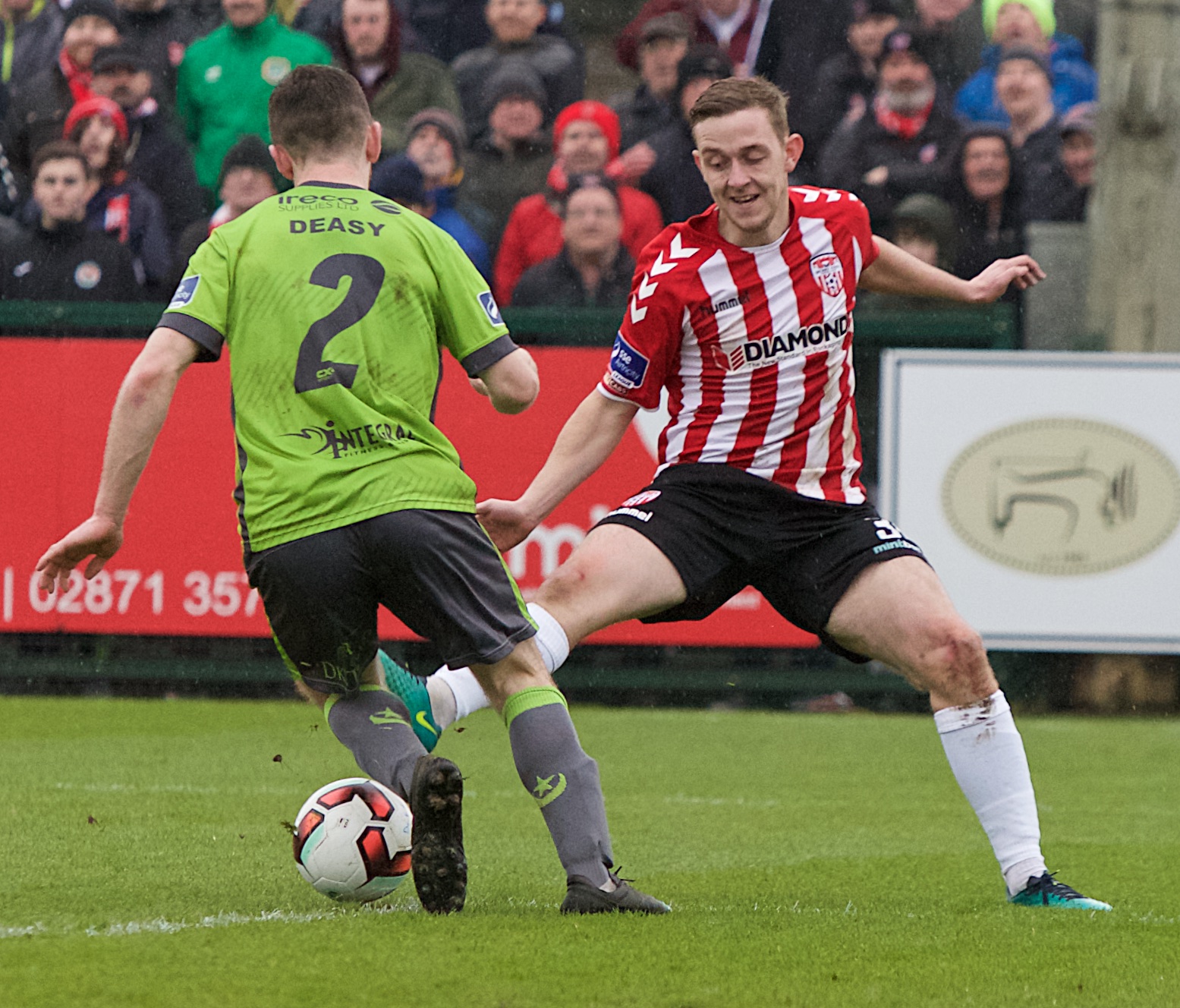 In an honest and emotional account of the past few years, Mikhail emphasized the importance of mental health and revealed that through personal counselling, he has been able to accept and understand what has happened, leading to him being in a much better place than he has ever been.

Working with Seagate and in the middle of a Foundation Degree in Counselling at North West Regional College, Mikhail is now focused on helping others as well as himself, and has been working as a volunteer at Northlands Rehab Centre for two years.

It is a remarkable turnaround for a young man who is just glad to be able to share his truth at long last.

“I definitely feel a lot better having gotten it out there,” he said.

“It is great to just tell the truth. So many people have looked at me over my career and my life and said “You’re so lucky, I wish I was you”. I have been able to say to those people now “At times I wished I was you”.

“They just think because you’re getting paid well and you’re playing football every day that it’s the best thing ever. That couldn’t be further from the truth really, so to come out and be honest and let people know what it’s really like was really good. It was really good to get it off my chest.”

His experiences at Charlton were painful following the injury, but he knows if he could talk to his younger self, a lot of choices would have been made differently.

“In that environment of football you rarely have people to talk to because you don’t want to come across as weak,” he explained.

“You want to play every Saturday and you don’t want to be in during the week pouring your heart out to the manager, because most of them will tell you to take a couple of days off. I don’t need a couple of days off because football is my release. I need you to listen to me’.

“Everyone talks about mental health but no-one does anything about it. It’s great that there is awareness, but people still don’t really understand it. It’s very real. The one thing we do in life is get up every morning and put our mask on and go out and pretend that everything is alright.

“We put all our best bits on social media. It’s so fake. It is very damaging and it’s very real, especially amongst young people. That’s why I wanted to do this, to show those people saying that they wish they were me what it was really like.”

Mikhail however has no regrets, and rather than carry the so-called ‘shame’ of having not made it in England, he is open about the experience and understands that his self-perceived failure, which plagued him for so long, was anything but.

“Anyone who speaks to me says ‘aww you were unlucky’, but I don’t want to hear that. I was very blessed to have achieved a lot in a short career,” he insisted.

“Looking back now I would open up more and not be afraid to do it. I think people respect you more when you are honest. I have no regrets and I wouldn’t change it for the world because what I have learned in the last few years about me and the life experience I’ve got is probably equal to someone of 50 or 60. I’ve just learned so much in such a short space of time.

“It’s really thrown me into this counselling journey now that what I have I want to give away. There’s a real power in sharing your story with others and sharing your struggles with others. There’s just real power in listening to someone and that’s something we don’t do these days, is listen to each other because we have too many distractions. When do we ever just sit down with someone for an hour and give them our attention? It never happens.”

It has been a long and twisted road for Mikhail to get to this point. In 2017 he arrived on loan at Derry City and made only 11 appearances for his home town club. It didn’t work out for him at Derry, but he admits now it was never going to happen in a red and white shirt.

“It was really heart-breaking leaving Charlton,” he said. “I was in with Derry and I wasn’t really fit and to be honest I probably didn’t really want to sign with Derry.

“I knew I wasn’t ready to commit to that. Coming home from England, the first thing you hear in Derry is that ‘aww, he hit the drink, or he came home for his missus’ and stuff like that. It’s just absolute nonsense. I came home because I wanted to rebuild my career – I didn’t want to come home, but I wasn’t wanted. The club was moving in a different direction. Coming home with that shame was awful. I had agreed a contract with another team to go back and three days before I went, I tore my ACL again, and that was awful.” 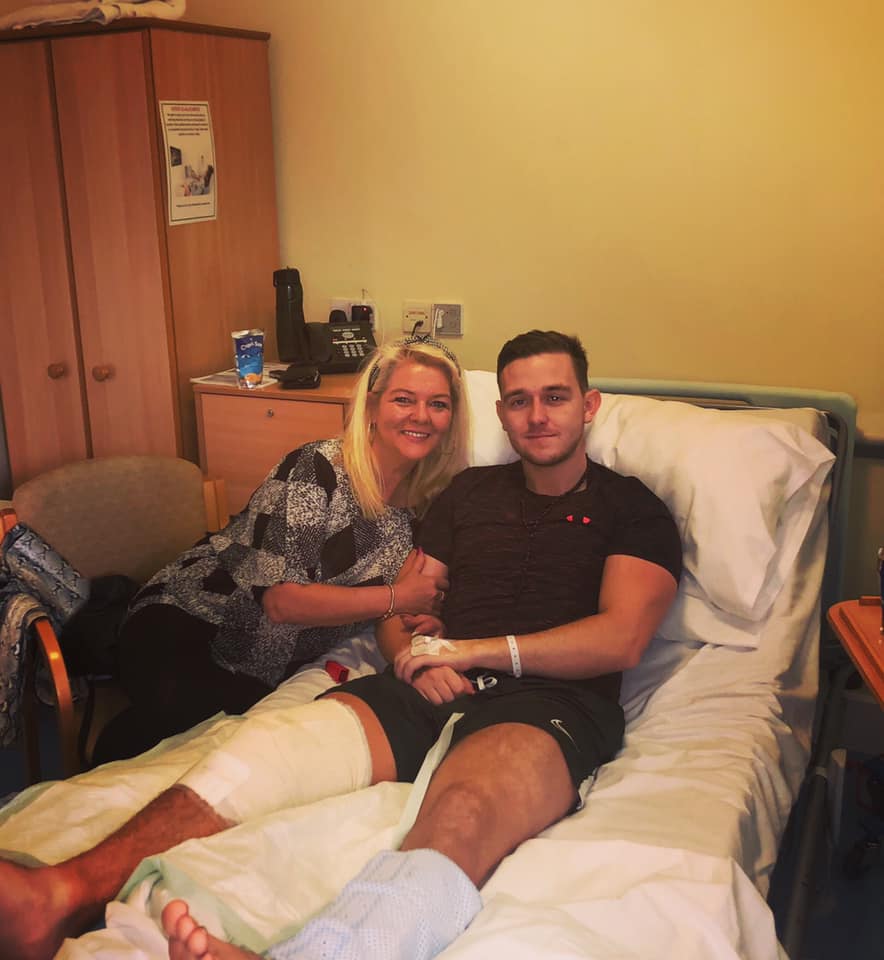 Mikhail firmly believes now that he is a ‘better human being’ after leaving the cut-throat world of football behind him, but acknowledges that the transition from ‘Mikhail the footballer’ to where he is now was painful and challenging.

“I got to the stage where I lost my whole identity,” he admits. “I didn’t know who I was. Kicking a ball from three or four years of age, it’s all I’ve ever been and it’s all anyone ever knew of me. For a while, I put it to the back of my mind and tried to go out and work, but I couldn’t even get a job. I had to write a CV and I had nothing to put on it – no qualifications. I had a great story, but nothing relating to job experience.

“It’s only these last few months where it has really hit home with me. I am not that person anymore, I am not a footballer anymore. It’s really about letting go and trying to discover who I actually am, and that has been so tough. People still see me as that person, but I’m not. That’s been the toughest realisation for me.”

As well as volunteering, Mikhail is studying to become a counsellor, and after a few tentative steps into the unknown, he realised he had found a new passion in his life, one which surpasses even playing football.

“I really have loved it,” he smiles. “It has been very challenging as well. It’s amazing learning about yourself, and I just get a buzz out of helping people. A couple of people have said to me “If I hadn’t spoken to you, I didn’t know where I would be now”. Hearing that is really powerful. I think that’s my calling now. It gives me the same buzz as I did when I was playing football.

“There is help out there, but the reality is that it’s not going to just turn up on your doorstep. You have to go and look for it and you have to want it, and that’s the hardest part, taking that first step. Once you do take it, the journey you go on is indescribable.

“I know there’s a chance I could get back to that this year, but I have a good job now and I think, for the first time in my life, I have security. That’s something I’ve never had, because you don’t have that in football. Having that security is quite a weird feeling. I wouldn’t put anyone off playing football, because it is still living a dream.

“I still miss football, but I’m a much better person without it. That’s the easiest way I can sum it up. I’m a better human being. In football, you’re not a nice person, you be used and abused and you do it to others as well. That’s the environment you’re in, it’s so cut-throat. Looking back, I’m so glad to be out of it. I can get on with my life.”