A change of gear for Eunan McGlinchey 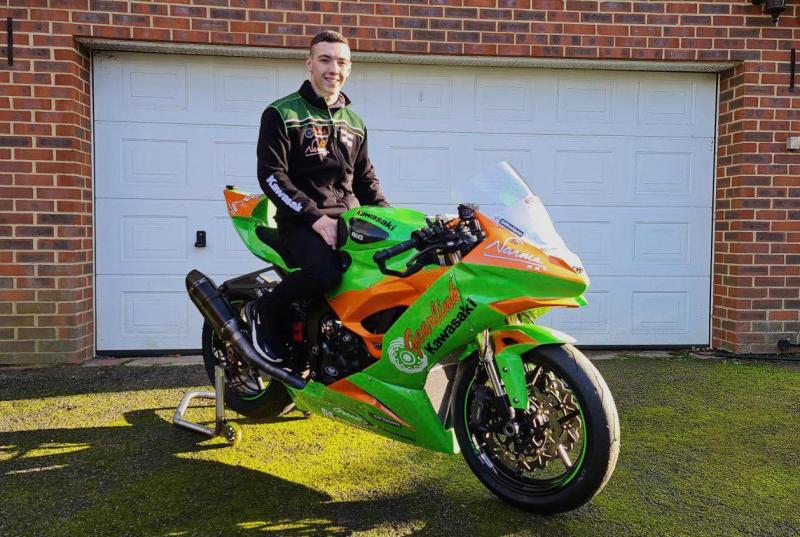 Aghadowey rider Eunan McGlinchey finishes off 2020 by putting pen to paper on a new deal for next season, which will see him make his Supersport debut.

Long-time Kawasaki team Gearlink Kawasaki have become consistent title contenders in the Supersport class, and will once again represent the brand in the 2021 series. After an incredible end to the 2020 season, which saw him battling for race wins,

Australian Ben Currie has re-signed for the team and will be looking to repeat that form when the 2021 Championship gets underway at Oulton Park next May.

Joining Currie will be Northern Irish rookie Eunan McGlinchey, who returns to the Bennetts BSB paddock after a year competing in the World Supersport 300 Championship. Although it will be his first season in the Supersport class, the young rider is no stranger to Kawasaki, having won the 2018 British Junior Supersport Championship before finishing fourth in the National Superstock 600 class in 2019 on a ZX-6R.

"We were really pleased to be able to keep Ben onboard for another year. It was a challenging season with the bike in 2020 and it was tough for Ben coming off the Superbike back to the Supersport class, but towards the end he started to gel with the bike and proved at the last round he is still a huge contender for the Championship," said Team Owner Michael De Bidaph.

“Alongside him we have managed to sign the young and very talented rider Eunan, which we're super excited about and can't wait to start working with him. We have a strong history with supporting young up and coming riders from Northern Ireland so we are pleased to continue that tradition and hopefully we can help springboard Eunan further in his career".

Ross Burridge, Head of Marketing & Racing Department at Kawasaki UK, added: “We have worked with both Ben and Eunan for a number of years within Team Green, so to have them both now forming our official Supersport team in the UK is a dream come true.”

“The Gearlink Kawasaki team are synonymous with the Supersport class, and despite coming tantalisingly close on numerous occasions, have never managed to take the title in this class, so we are as desperate as they are to see that become a reality in 2021. This year has been very tricky for everyone, so fingers crossed we can all arrive at round one in May with a full crowd and witness what is always some of the closest racing in the BSB series.”