Eunan McGlinchey steps away from Team 109 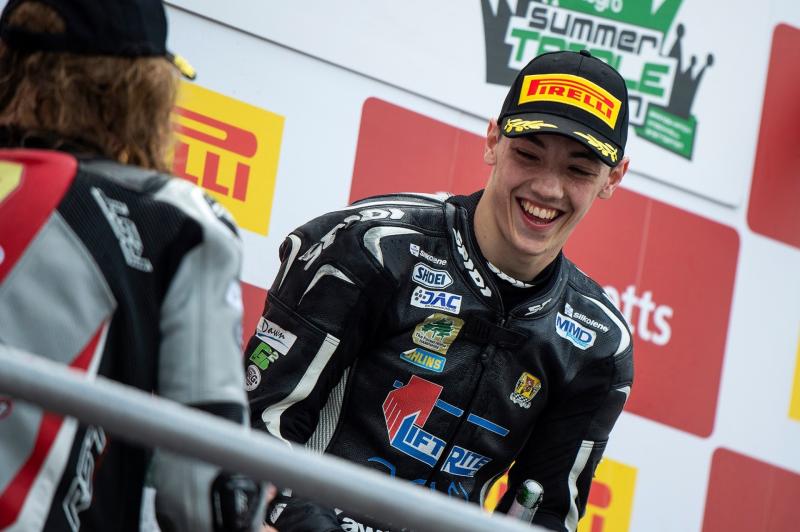 It was a partnership that saw him claim the 2018 British Junior Supersport championship, a top five finish in the Superstock 600 championship, and complete a season in the prestigious World Superbike championship.

The 20 year-old first joined the Team #109 squad in 2018, making his British championship debut, following fantastic success on home soil in 2017. Accumulating eight wins and 16 podiums throughout the course of the season, finishing on the podium in every race he saw the checkered flag, McGlinchey clinched the championship in what was not only his first year in the paddock, but indeed the first year of the classes existence.

In 2019 he made the move to the Superstock 600 class, once again with the Cork based Kawasaki backed team. Following a turbulent season which saw results difficult to come by at times, McGlinchey still managed to amass five podium finishes including two victory at Brands Hatch and Knockhill, narrowly missing out on the series title in the final race of the season.

The 2020 campaign saw Eunan and Team #109 make the transition into the WorldSBK paddock, entering the ultra-competitive World Supersport 300 championship, once again on Kawasaki machinery.

Following a difficult year for both rider and team, the decision was made that it was time for him to look to pastures new for the 2021 season.

“My three years with Team #109 have came to an end, but what a three years it has been,” McGlinchey said.

“My first year with the team is certainly one that won’t be forgotten, by the team nor myself which is a nice feeling. It was the first year I competed in the British championship, and won the first championship for both myself and for the team.

“In our second year together, despite it being on a brand new machine and my first year in the class, we were still able to claim wins together and fight for one of the most competitive championships in the British championship series, which is certainly something we can all be proud of.

“2020 was a difficult step for us all, moving into the world championship. It was always going to be a difficult move for us, but it was one we worked hard on overcoming. Yes we struggled at times but we can hold our heads up high with what we did coming towards the end of the season.

“Throughout the three years the team worked really hard to give me what I needed to do well, and although it has been a great three years I have made the decision to part ways with the team and look for another direction in my career.

“Sometimes you have to make difficult decisions and this was one of them. But it has also made me refocus myself on my goals and I am as determined as ever to not just get back to enjoying my racing, but get back to winning ways once again.”

Looking ahead to 2021 McGlinchey commented; “As I look at the options available for 2021 I feel a return to the British Superbike paddock is something I would very much look forward to and be excited about. The World Superbike paddock was a great experience in 2020, and as much as I had the option to remain there next season, I’ve enjoyed great success in BSB and I would love to return to the series.”

“The feeling of winning is one which is so hard to replicate, and I believe on the right package I can get back to doing that in the British championship. The series has always been very good to me, and although I left to experience the world championship, it wasn’t a decision I took lightly, and I have certainly missed the atmosphere and competitiveness of the BSB series. It is certainly something I am very much looking for as I prepare for 2021.

“I just want to finish by saying a massive thank you to Team #109 for the last three years. It is a time in my life I certainly won’t forget, and I hope I am not forgotten by them either. We shared some great times, won races and championships together, and I hope I did them proud with what we achieved, and did the memory of Sean proud, in who’s memory the team was founded. I wish them nothing but success for the future.

“If any brands/businesses would be interested in getting onboard as a personal sponsor for the 2021 season, please don’t hesitate to get in touch and we will follow up with all the details you’ll need.”