The Derry manager admits he did not want the season to end. 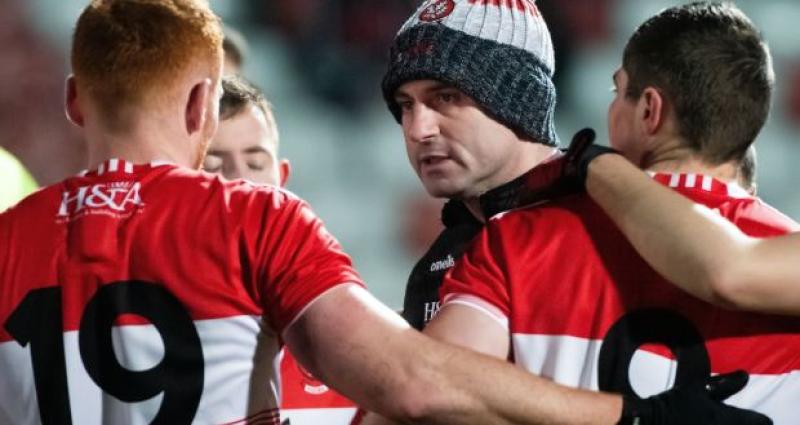 “They keep trying to shorten seasons, but you'll find a lot of people like a long season, because it keeps them at something. Players would love more games,” he says.

Derry, in particular, would have loved more games at the end of the 2020 season.

After a sluggish start to the league in January, the Oakleaf side rounded it off in October with victories over Longford and Offaly.

The momentum took them into a championship clash with Armagh, where a little more composure could have turned their numerical advantage into a win.

“The break was good for us, I think we picked up. The boys were starting to get an understanding of myself and the coaching team and what we wanted to do,” said Gallagher.

“We've a good understanding of the players now and we didn't want the season to end. Unfortunately, we didn't get over the line against Armagh and it did.

“From my point of view and from the squad's point of view, we realised what we were doing early in the year as a group wasn't good enough.

“We gave the boys a period of time to say if they were in or out and to be fair, everybody that we want involved, is back involved, and that's a real positive. 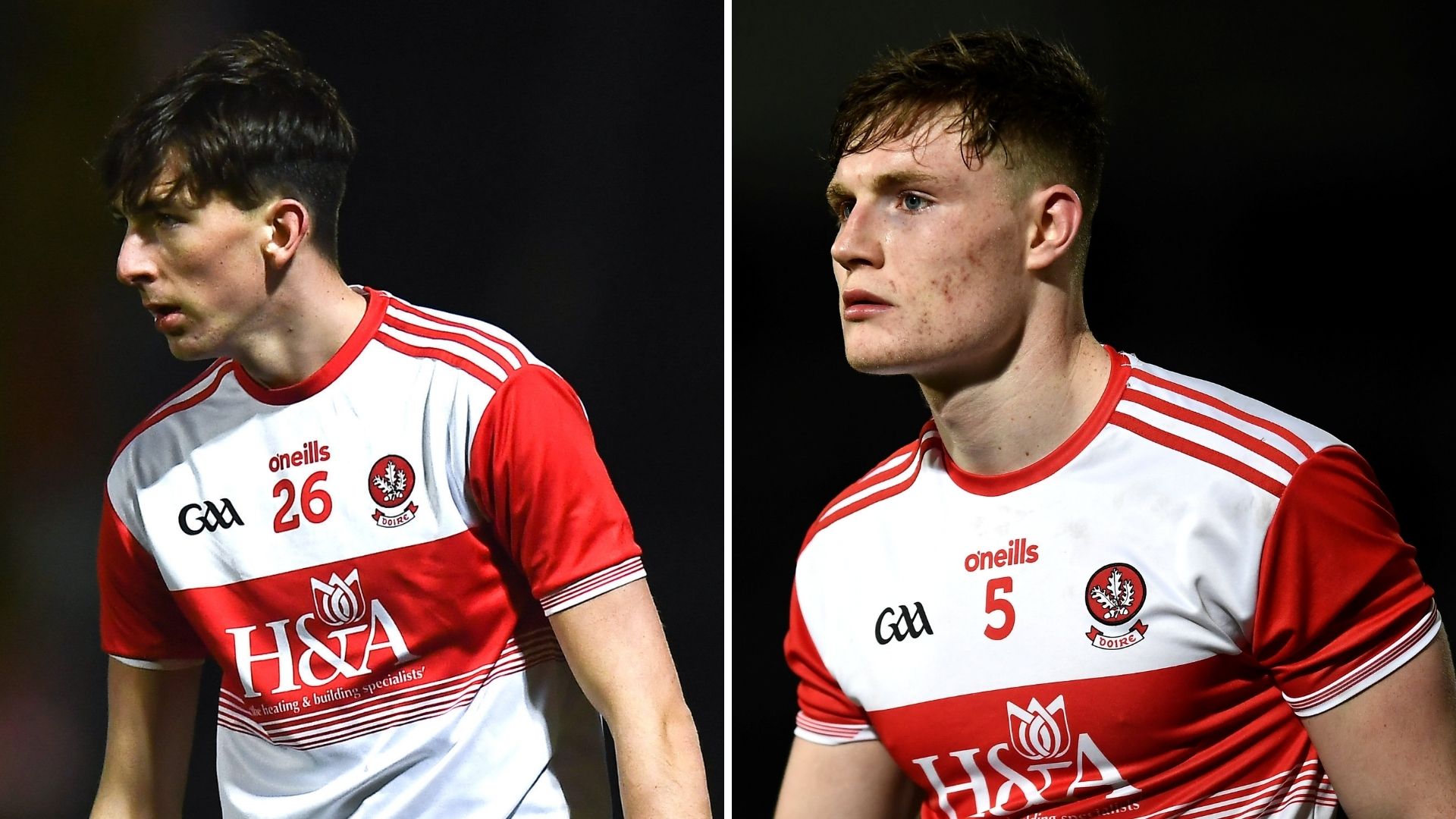 Paul Cassidy and Ethan Doherty have made their senior debut this season.

Another positive aspect of the post-lockdown championship campaign was the opportunity to bring some of the county's younger talent into the squad.

Eight players, including the returning Conor Glass, made their championship debut against Armagh, and Gallagher feels keeping those players involved consistently will be vital.

“I've a good idea of 12 or 13 players who, if they keep their form up and their attitude good, should start for Derry every day for the next 12-18 months,” he said.

“In every team, that's the same. You can see for Dublin; Kilkenny, Brian Fenton, Dean Rock, Brian Howard, John Small; the same players play all the time.

“That's the way a county team generally should be, provided they have the right attitude. I think Ethan, Paul Cassidy, Conor Glass, Oisín McWilliams have all the potential to be one of those twelve.”

Derry's SFC opponents, Armagh, are five years into Kieran McGeeney's regime and have had the advantage of consistency in both their tactical approach and strength and conditioning.

The footballing potential and talent within the county has never been in doubt, but Gallagher feels that kind of consistency has been lacking in the Oakleaf county.

“We've a lot of talent, but we haven't had enough players consistently training to get their bodies fit, and that's the challenge I've put out to them,” he said.

“Potential is one thing, I have thrown it out to them all that they have to improve themselves physically. Once they do that, there is no doubt about their football ability.” 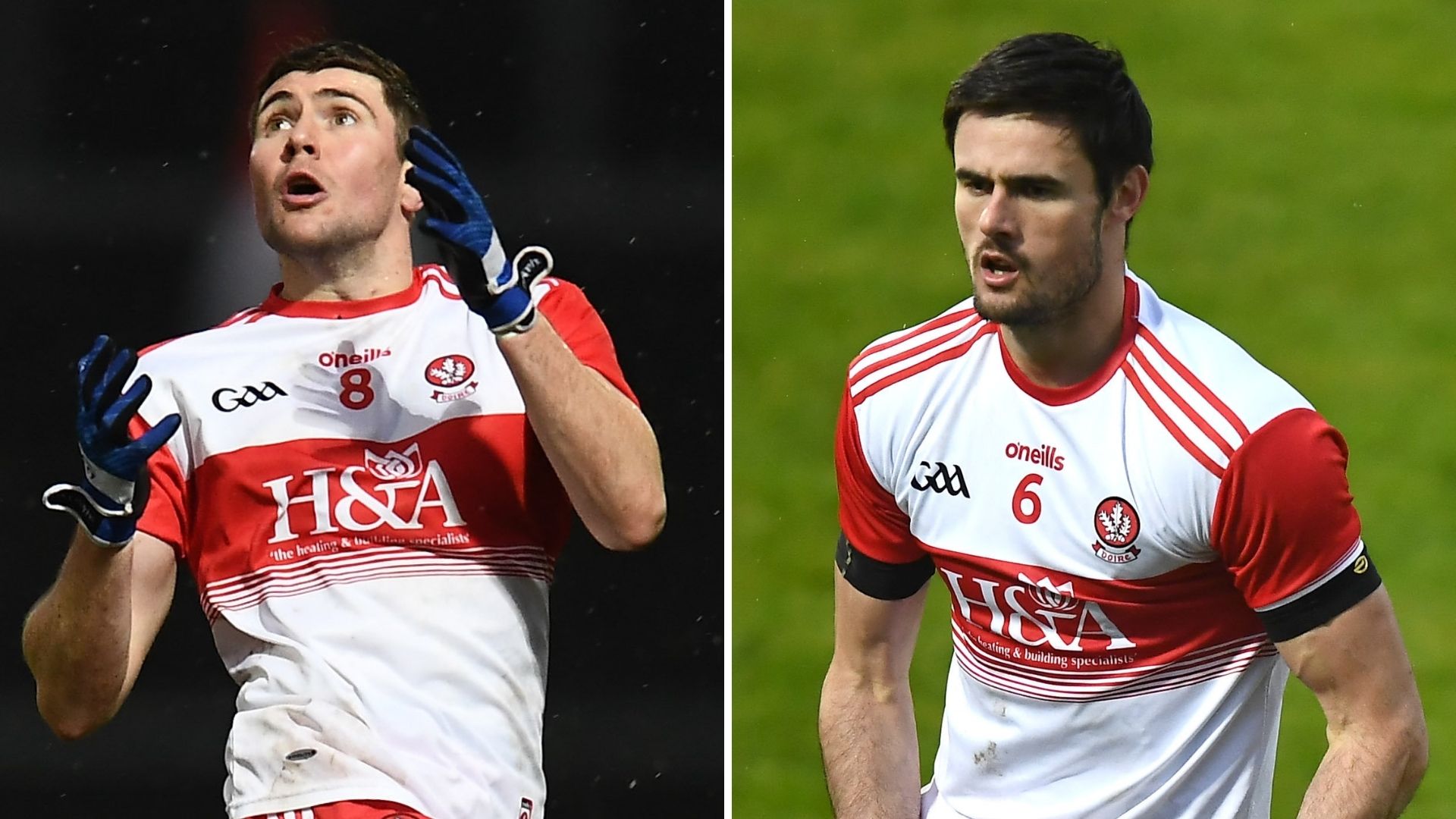 The experience of Ciaran McFaul and Chrissy McKaigue will help the younger players.

In terms of football ability, Gallagher believes the squad is bursting at the seams, with those injections of youth into the side becoming more frequent.

Experienced players will help to bring them on, and the Fermanagh native points to the more senior players as an example to follow.

“If you look at Brendan [Rogers] and Chrissy [McKaigue], their conditioning is top class, that's why they're in the team all the time,” he said.

“Add in Paudie Tad, keeping him fit, and Ciaran McFaul, and getting Karl McKaigue back, there's enough experience there to bring in the younger players so they aren't feeling isolated.

“We have a core group of six or seven players; Niall Loughlin, Shane McGuigan, Brendan, Karl, Enda, Chrissy, Emmet Bradley and Conor Glass I wouldn't count as a kid either.

“We have a goalkeeper who can push on to become one of the top goalkeepers in Ireland. Odhrán has been a massive addition to us, the way he developed throughout the year.

“We've the right blend, but we have to make the most of every day now. We got off to a sloppy start in the league last year and it cost us. We need to make sure that doesn't happen next year.” 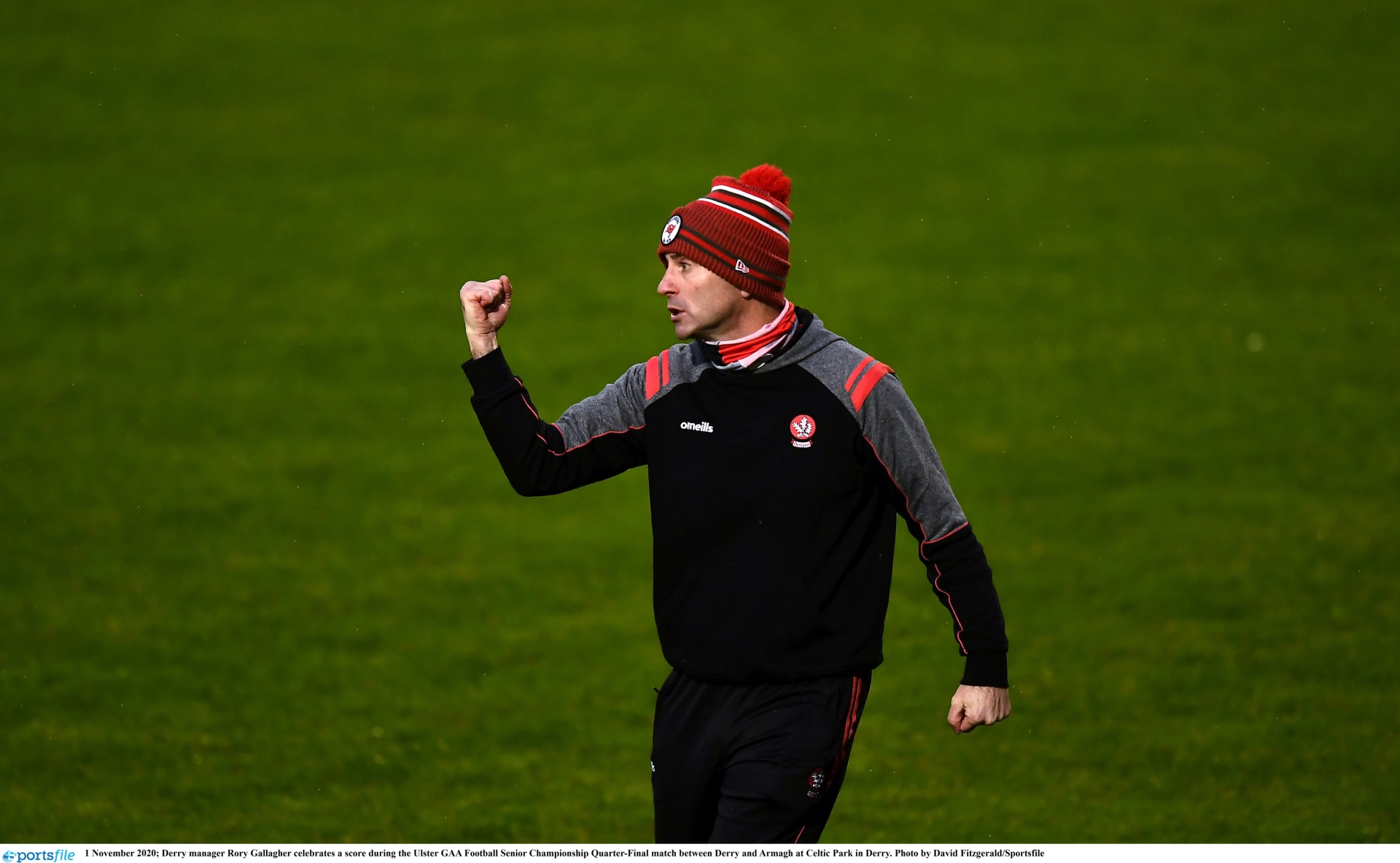 To that end, promotion is the key that could unlock the side's potential.

Not only do the stronger leagues bring better development, but Gallagher feels they have the added benefit of being much more enjoyable.

“The goal is to get promoted and win Ulster championship matches,” he said.

“We've got to make sure we're playing at a higher level. I would always say to the players, the difference in looking forward to games in Division 1 and Division 3 is massive.

“For Oisín McWilliams, Ethan Doherty, Paul Cassidy, they don't want to waste any time in getting to that level, in my opinion.

“From our point of view, we are looking forward to getting started as early as possible in 2021. We spoke to the players and we've said it several times; there's been far too much in and out.

“I think we have the talent. Our mentality, our attitude and ability to commit to each other has got to get better, but for me the glass is half full and we have a lot to look forward to.”