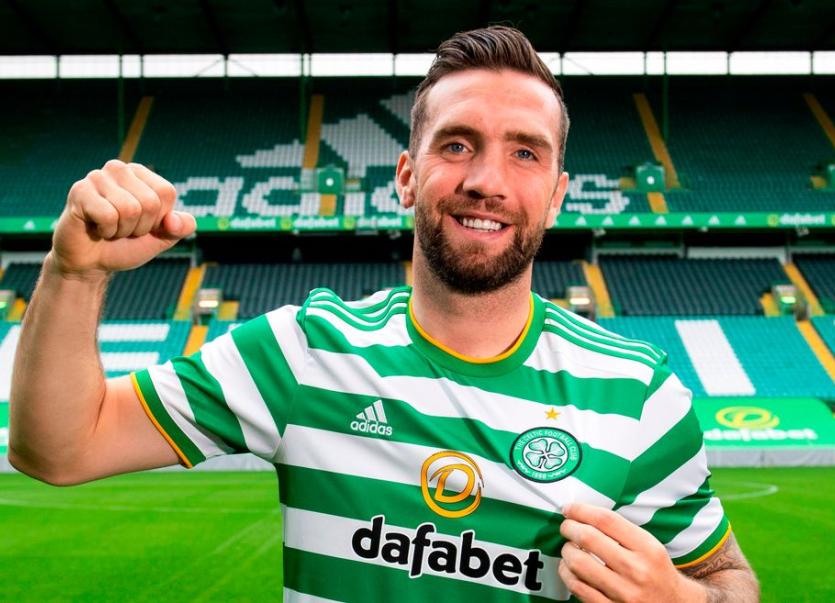 Shane Duffy is currently on loan at Celtic.

Republic of Ireland manager Stephen Kenny has used a famous Derry saying in defending one of his key players, Shane Duffy.

Duffy was come in for some criticism from pundits for his recent performances for Celtic where he is on loan from Brighton.

The Glasgow side were beaten 4-1 at home last night to Sparta Prague in the Europa League.

Duffy has played 17 times across nine weeks for club and country.

Speaking yesterday as he announced his squad for an upcoming series of games, including a match against England at Wembley, Kenny pointed out that Duffy has played virtually non-stop since joining the club at the start of September.

“Shane is a tough character.” he said.

“There is a saying in Derry: 'take your oil'. Sometimes you have to accept criticism and show your qualities.

“The criticisms aren't even warranted. I don't agree with it. He made a mistake against Aberdeen but his performances were quite good when he went there first.

“There was a tough run for him with the three games for us and travelling and then going in back on the Thursday and straight in to the Old Firm game.

“Had they beaten Aberdeen 3-2 it might not have been highlighted. They gave away a penalty in the last minute and drew 3-3 so then it gets highlighted because they dropped points.”