Ethan Doherty was speaking at a joint presentation of the trophy. 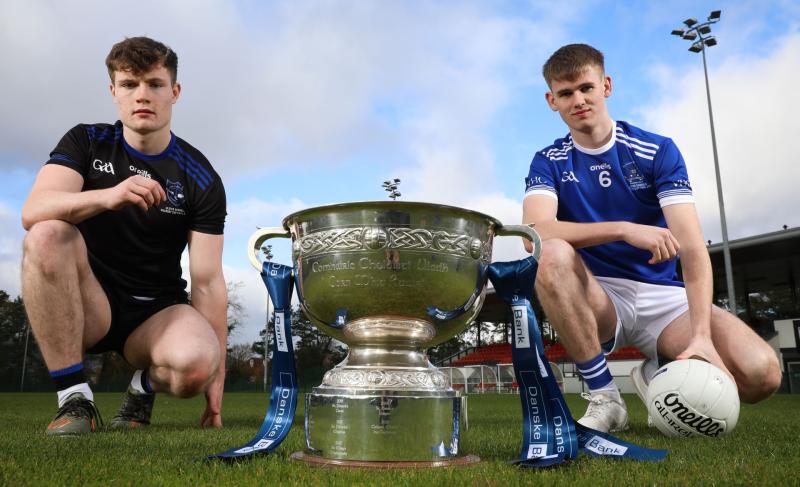 Last year's St Patrick's Maghera captain has spoken of his side's disappointment at not being able to contest the 2020 MacRory Cup final due to the Covid-19 pandemic.

Ethan Doherty, fresh from his recent debut for the Derry seniors, was speaking at a joint presentation event held by Ulster Schools at the QUB Dub Arena.

While the players were left frustrated, there was a resignation that battling the pandemic had to take priority.

“We were disappointed not to get playing the final on St Patrick’s Day, but the whole Covid situation had to take priority and we understand that,” he said.

“We do feel we were in a good position going in to the final as we were starting to show some of the form we had been showing in the early part of the group stages.

“We had two very good wins over Holy Trinity and St Patrick’s Dungannon when both of them asked different questions off us but we came up with the answers and had earned our place in the final.

“That bit of resilience and having been tested would have set us up well for the final, but it wasn’t to be.”

Joint managers Sean Martin Lockhart and Paul Hughes shared much of Ethan's frustration, with Sean Marty contrasting the excitement of the journey to the disappointment of how it ended.

“The journey to and euphoria of getting to the final was very special, it's just so disappointing that the final, understandably, could not be played,” he said.

“Ethan was an excellent captain for us. His work-rate, ball winning and creativity in those knockout games were outstanding, and he was very much accepted by the group as the leader of that team.

“He obviously had great support from the boys around him also but right through the campaign Ethan was one of the boys who stood out as wanting to make this MacRory year a special one.”

Paul Hughes felt the side were in a 'very good place' in the run-up to the final, but has laid down the gauntlet for the school's current crop of footballers to prove a point.

“The challenge now falls to the next group coming through, many of whom were on this panel,” he said.

“MacRory will be different this year, and hopefully we can get it played, but we have a number of boys returning who will want to ensure they do all they can to reach another MacRory Cup Final.

“Last year's team had been at the top end of their year group all the way up through school and this shared title is their third Ulster Schools title.

“The group were in a very good place in terms of preparation and we felt our boys, under Ethan’s excellent leadership, would have been very difficult to beat had the final been played. Knowing how much it meant to the boys we had offered July, early September and December as alternatives for the game but it just wasn’t to be, unfortunately,” he added.