It's a late, late horror show again for Derry City as they lose in Sligo 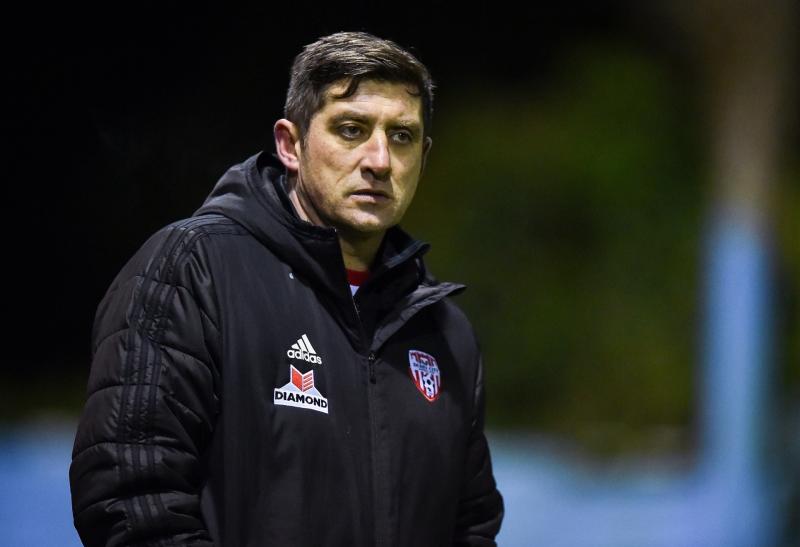 Derry City are sliding into a relegation battle as they conceded another late goal to fall to their second league defeat in five days.

The Candystripes are now only three points above Finn Harps in the relegation play-off spot and four points off Cork City in last place after a disappointing performance in Sligo which was settled by Ryan De Vries’ late header.

City’s final ball was leaving a lot to be desired in a first half hour played in heavy wind and rain, but that all changed when Walter Figueira picked up the ball in midfield and swung a sensational pass all the way to Ed McGinty’s back post where Darren Cole of all people was charging in. The ball landed right at the feet of Cole in midair but the full back just couldn’t direct it goalwards in what was City’s first real chance of the game.

Sligo responded in kind and a sublime ball in behind Ciaran Coll gave Jesse Devers a run down the right. The Sligo man had too much pace for Coll and he drove towards goal, firing in a shot at Peter Cherrie’s near post which the City goalkeeper spilled straight into the path of Ronan Coughlan. Fortunately for the visitors, Cherrie was able to react quickly and blocked Coughlan’s shot behind for a corner.

Declan Devine had his head in his heads on 78 minutes as his team wasted a superb opportunity to get the goal they desperately wanted. Ronan Coughlan lost the ball to Mallon in midfield and the winger immediately played Meite in behind the Sligo defence. Meite was in on the left but instead of shooting from the angle he fired the ball right across goal towards the back post where Figueira was arriving on the stretch. It seemed certain that Figueira would score but the ball came back off the post and Sligo somehow survived.

That proved the key moment for Derry as Sligo made their chance count less than ten minutes later. Derry thought they had done enough in clearing a corner but when Cooper sent the ball back into the area, Ciaran Coll and Peter Cherrie left it to each other, allowing Ryan De Vries to nip in and head the ball into the net.