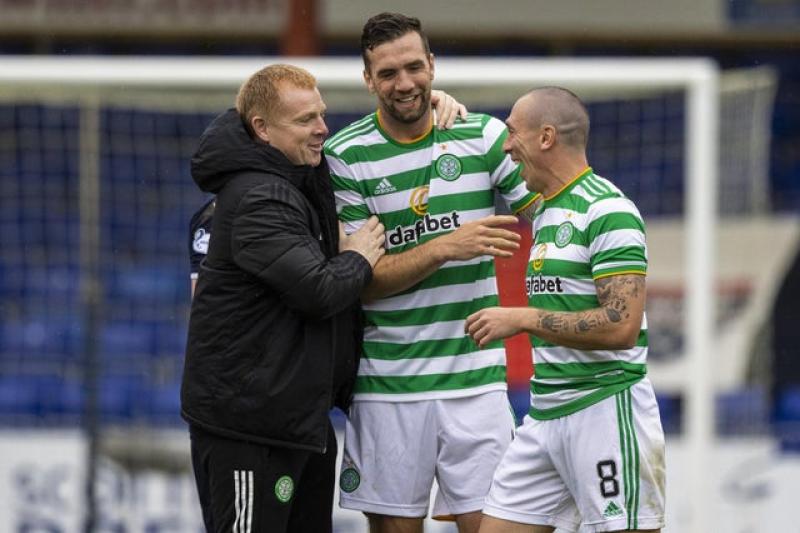 Neil Lennon has described Shane Duffy as a class act after the Derry man scored on his Celtic debut.
The Celtic manager was delighted with his team’s 5-0 away win at Ross County and singled out Duffy for praise in his first game for the club.
“I think it's a great day for him in his professional life,” he said. “Something that he has always wanted to do. He's put on the Celtic shirt and scored on his debut.
"He got better and better as the game went on because he is a class player and you can see what he can bring to the team. Second half he was outstanding.”
Duffy himself was thrilled with his goal, posting on Instagram after the game.
“Unbelievable feeling pulling on the Celtic jersey for the first time . 5-0 win clean sheet and goal for the bigman up there! Great day all round onto the next one.”