'My dad always dreamed of me playing for Celtic'

Duffy arrives in Glasgow to begin career with Celtic 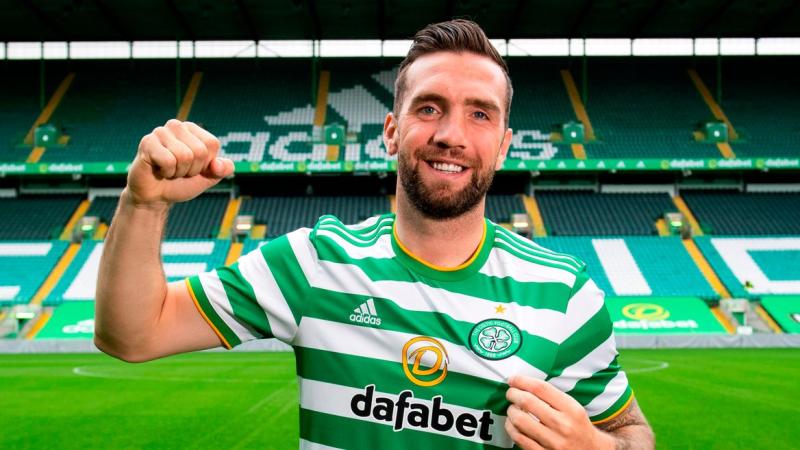 Shane Duffy has been unveiled at Celtic

Shane Duffy has admitted that fulfilling one of his late father’s wishes was one of the reasons he has come to Celtic this season.

The 28-year old has finally joined up with the Scottish champions after Nations League duty with the Republic of Ireland and is hoping to work his way into Neil Lennon’s plans for the SPL game away at Ross County this weekend.

Shane’s dad Brian passed away over the summer, and speaking to Celtic TV, he admitted that his father always hoped he would one day don the famous shirt.

“My family are over the moon,” he said.

“They have been texting every day wondering if the deal was done. My mum is delighted obviously. I lost my dad recently and he was a proud Irishman and he always dreamed of me playing for Celtic, and that pushed me to want to come here and do it for him.”

Duffy’s move to Glasgow was confirmed last week whilst he was in Bulgaria with the Irish squad, and whilst only now arriving in Glasgow, he admitted that the reaction to his move has been overwhelming.

“It’s been crazy,” he agreed. “With social media and everything these days you see quite a bit of it. It was overwhelming. I know who the fans are and what they mean and gathered what it would be like because I’m an Irishman and because of where I am in Derry and it being my boyhood club. It’s been incredible and I just can’t wait to get down to business and do it on the pitch for them.”

A Celtic fan all his life, Duffy admitted that he wondered if the move would ever happen for him.

“You always wonder because first and foremost you have to be good enough to play for the club,” he admitted. “I had a difficult year last year and this opportunity came so I’m grateful that the club want me first and foremost and that they got the deal done. To pull the jersey on will be a special moment for me.”

Celtic beat Motherwell 3-0 last weekend as the race for 10-in-a row began and Duffy knows he won’t just walk into the squad.

“I just need to be me and hopefully that’s enough for the fans and the manager,” he stated. “I’m a solid defender who wants to keep the ball out of the net and do what it takes to win at all costs. That’s something I’ve been brought up with and I’ll never change that. I’ll go out there and give everything for the club. That’s my mentality in football and life.”