The Kilrea driver recovered from technical issues to finish the race 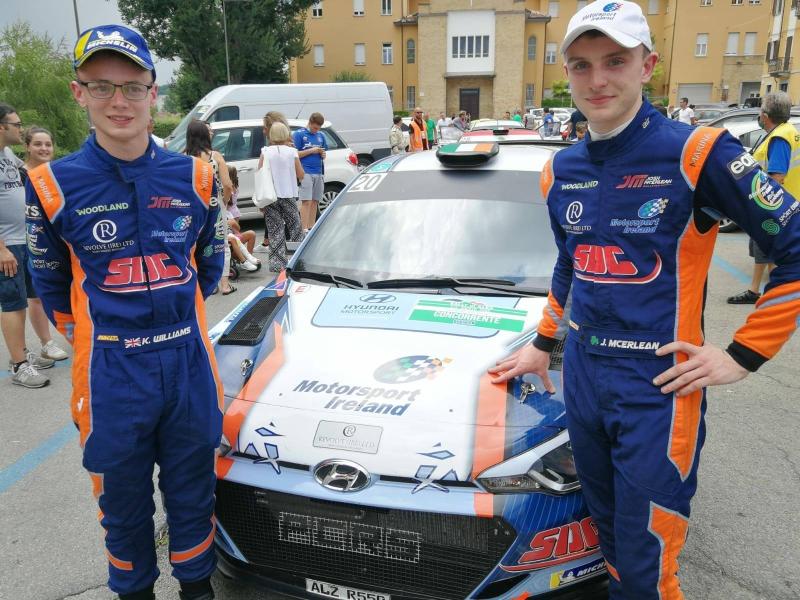 Kilrea driver Josh McErlean is 'delighted' to have finished an overall 17th in Sunday's 'challenging but enjoyable' Rally di Alba in Italy.
The 21 year-old, who is Ireland's current Young Driver of the Year, took part in nine stages across 100 kilometres on Sunday.
“We finished up 17th after a very challenging but enjoyable event for us,” Josh told the County Derry Post.
“We probably lost out in four places due to a technical problem in the middle loop of stages, but we managed the situation and got the car to the finish,” he added.
“It was incredible to be part of this experience, to be on the same stages with the best drivers in the world and comparing times. Now we have a base to work off for the future, there is plenty of speed left so that is very encouraging.”
Josh as grateful to everyone for their support on 'making this come together', with a particular mention of the Motorsport Ireland Rally Academy and Hyundai Motorsport Customer Racing.
Park's Callum Devine also took part but, for the second weekend in succession failed to finish. The previous weekend an engine failure forced him out of the Rally di Roma Capitale. At the weekend, it was a broken wheel hub that ended his participation on Italian soil.