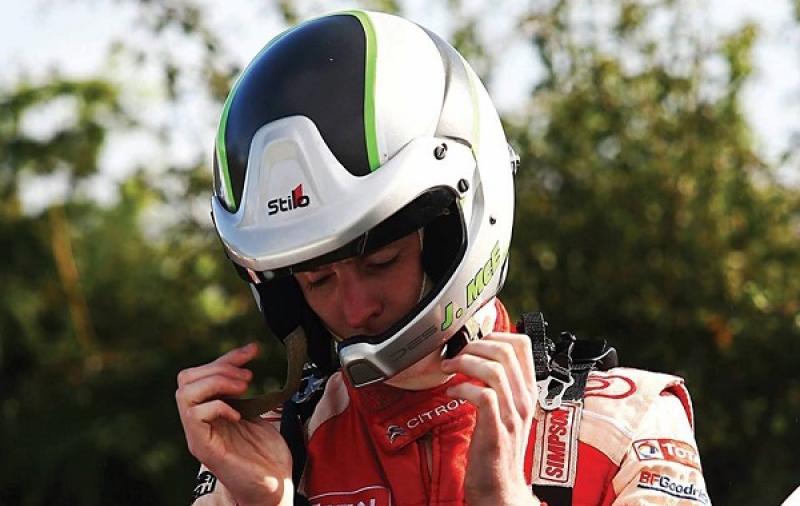 Josh McErlean's biggest step yet on Sunday in Italy

Kilrea's Josh McErlean has been given the perfect 21st birthday present, a trip to Italy to race in Sunday's Rally di Alba in Italy.

Just nine days after this birthday, McErlean travelled to Italy last weekend for the European Championships to support Callum Devine, who will also race in Sunday's event, and get his bearings ahead of this weekend's action.

“This year's British Championship was cancelled in June, so our plans were dashed and we had to come up with a plan B,” Josh told the County Derry Post.

In stepped Hyundai and the Motorsport Ireland Rally Academy to give him the opportunity in an event with a significant Hyundai over it.

“There are 17 other Hyundai R5 cars going, so there is a lot of competition, but it is great to get it,” add McErlean, who will be driving the same car used by Callum Devine in Rally Rome at the weekend.

“It is great for the both of us winning the Billy Coleman award, from the same area and it shows you how far you can go with the backing of the Academy.”

McErlean will again have the support of co-driver Keaton Williams and Junior British Rally Champion will take on one of the biggest challenges of his career so far, across nine stages on the roads of South West Italy.

Rally di Alba begins on Saturday with pre-event reconnaissance and a short shakedown stage near San Martino. The following day, nine stages lie ahead, three repeated, totalling just over 100 kilometres of special stage action before returning to Alba for the finish ceremony.

“It will be a big step up from what I am used to,” Josh admits of this weekend's Italian date. “It is something I am not that familiar with and it will be great to see what it is all about.

“Callum is a good benchmark, he is from here but he has a few more year's experience than me...it will be good to judge my pace off. If I can get close to his times, but we will have to build our pace throughout the rally and see how it goes.”

McErlean was only able to complete one round of the series, thanks to the outbreak of the Covid-19 pandemic which halted motorsport across the UK and Ireland.

“It gave me the opportunity to look at things in more detail and see what I would improve on, so maybe it was a good thing,” Josh pointed out.

In December  raced in Italy, but in a different discipline at the Monza Rally Show.

“There is some difference in racing around a track and going up a mountain road, but at least it gave me the experience of travelling the country,” McErlean pointed out.

This time it is going to different. As well as Devine, World Rally Championship stars Ott Tänak and Thierry Neuville will be tough nuts to crack.

“I'm delighted to be able to get back to rallying again and this is such an amazing opportunity for me to be heading to Italy in the Hyundai i20 R5” he added.

Tuesday is a day of testing, before a day or 'recce' on Friday to suss out the course for Saturday's shakedown.

“Then we have the rally on Sunday, so it is a good format,” Josh feels.

“A podium place would be a dream,” he adds, but is realistic. “There is a big entry list, there are three World Rally Drivers doing it so it is nearly a World Championship level event.

“Monza aside, I have limited asphalt experience of the Hyundai, so I really need to be realistic about my expectations on a result. The focus is to get back into the groove again, six months out of the car is certainly not ideal but it will be pretty much the same for everyone.

“I realise that gaining European experience is unbelievably valuable so we will have a clear goal on the pace we want to be at and try to stick at it throughout the day. It is a real honour to be competing out there and I'm very thankful for the amazing support around us”.

“The opportunity for Josh to run at the Rally di Alba gives him a chance to compete against some of the best drivers in Europe, while continuing to develop his career and gain crucial mileage on tarmac stages,” John stated.

“He will able to call on support from our customer support engineers at the rally, and hopefully come away with a good result and some valuable experience.”