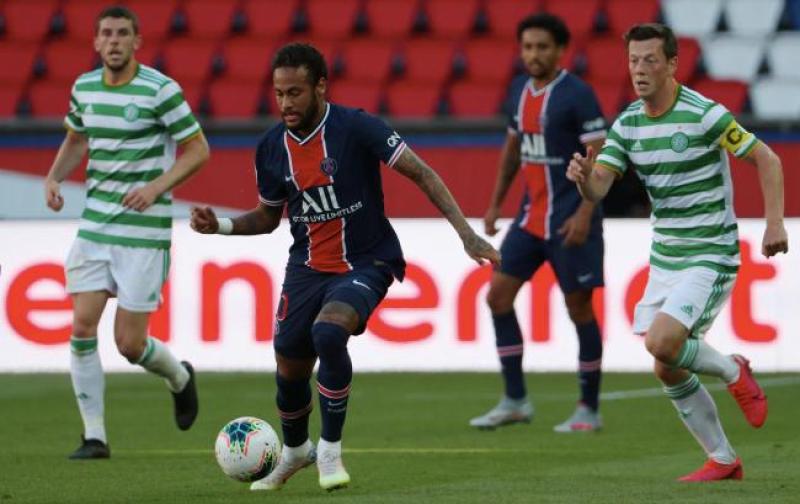 Derry City's glamour friendly game with Glasgow Celtic has been cancelled as the FAI pulled the plug on the club's hopes of flying to Scotland to face Neil Lennon's champions at the weekend.

A spokesperson for the club confirmed the news last night after a day of uncertainly regarding the potential fixture.

Originally scheduled to face League of Ireland champions Dundalk, Celtic were expecting to welcome the Lilywhites to Celtic Park, but quarantine restrictions ended their hopes of playing the game with anyone coming into the Republic from the UK having to self isolate for 14 days.

With the League of Ireland set to start next Friday, that would have been impossible for the champions.

That opened the door for Derry City to step into the glamour friendly, with reports suggesting that former Celtic and City star Paddy McCourt was heavily involved in organising the game.

The hope was that, as Derry City would only be travelling to another part of the UK from Northern Ireland, they are not bound by the same restrictions.

That hope continued into yesterday, with the club hoping to finalise arrangements for the game, but they were dashed by the FAI last night.

With City set to travel to Dublin to face St. Patrick's Athletic, just eight days after the proposed game in Scotland, the same 14-day rule which scuppered Dundalk's plans, also appear to have stopped Derry, despite technically being in the UK.

Instead of Celtic, City hope to finalise their pre-season plans with a game against Northwest neighbours Finn Harps behind closed doors at the Brandywell tomorrow night.

Declan Devine's men faced Cliftonville in midweek and drew 0-0, with the City boss running his eye over three new trialists.

The Candystyripes face Sligo Rovers in the resumption of the league season next Friday.

Celtic, meanwhile, who now won't have Irish opposition this weekend, finished off their mini tour of France with a 4-0 defeat at French giants Paris St-German, with superstars Kylian Mbappe and Neymar both on the scoresheet in the Parc des Princes encounter.