Mikhail Kennedy: "“If I have any advice to young sportsman.... enjoy every single second you're playing." 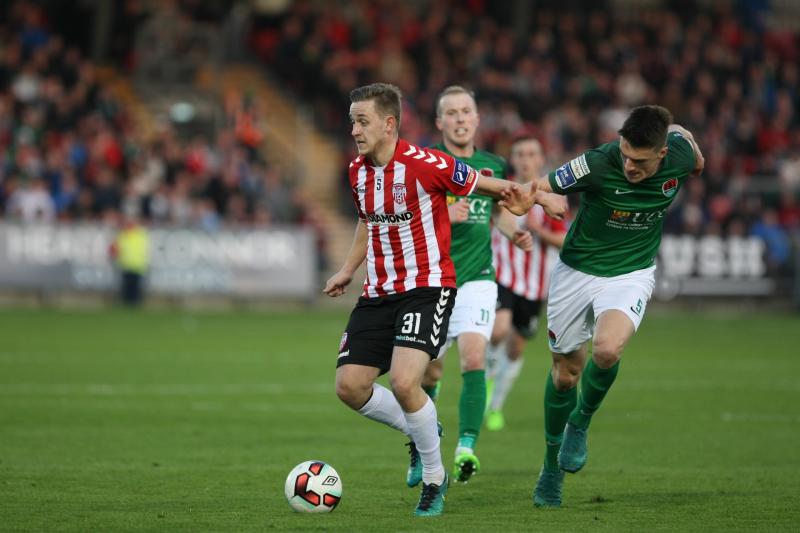 A young professional footballer from Derry has been forced to retire at the age of only 23 because of injury.

The young Shantallow man signed for Charlton Athletic in 2014 and made his debut for the famous London club in 2015.

He went on to play twice for the first team.

In subsequent years, he went out on loan to a number of clubs, including a spell at his hometown team Derry City in 2017.

However, he suffered a bad injury in recent years and had struggled to recover from it.

Writing on his Facebook page, Kennedy announced the news that he has been forced to retire.

“This day last year I was in a changing room getting ready for a match, one that would be my last game in professional football,” he wrote.

“This week following more medical advice and loads of conversations I have had to make the decision to retire from professional football.

“I have gave everything and worked so hard to get back to some level of playing but times you have to listen to your body and put your health first.

“Knowing I will never sit in a changing room or walk out into a stadium as a player again is truly heartbreaking. Nearly 5 years ago to the date I made my professional debut! I would have laughed if I was told then 5 years later I would have to retire. This unfortunately is the game we all love.”

The young Derry man said he had so many people to thank for his career.

“Starting with Foyle Harps who gave me everything, Charlton Athletic that made me the man I am, especially the medical team that worked tirelessly with me and got me back to full fitness!

“Also to Derry City who have taken me in since last year and gave me a chance to get fit! I can’t thank you enough!

“The dream of playing again at some level will never end and I will never stop working towards that!

“But for now it’s time to focus on life away from football and I have so many plans that I hope to fulfil!!

“What I have learned through my struggles in this last 3 years of injury was amazing! I have grown so much mentally, all because of my faith!

“If I have any advice to young sportsman.... enjoy every single second you're playing, because one moment and it can be taken away from you, never think it won’t be you!”