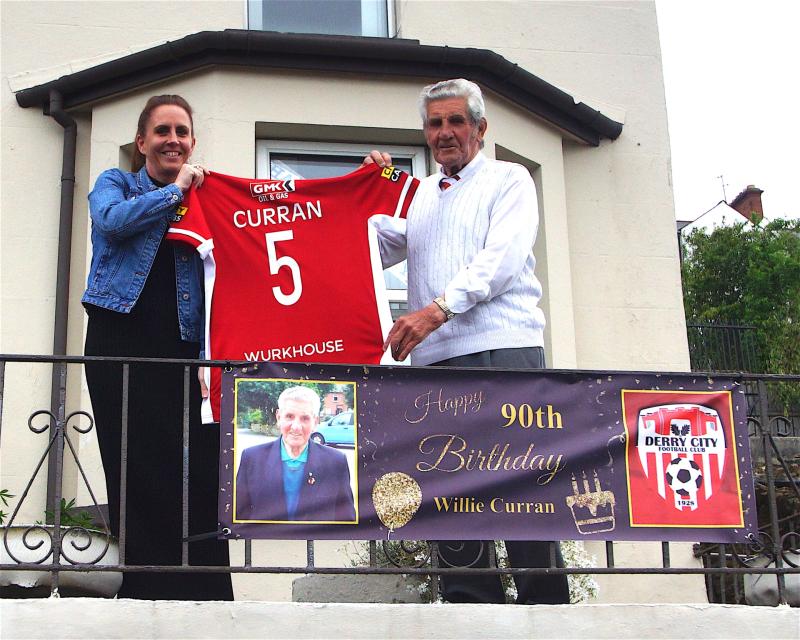 With the ongoing lockdown restrictions, Willie's family and friends were not able to celebrate as they would have wished at his Beechwood Avenue home.

However, they still made as big a fuss as possible of the popular local man whose links to Derry City go back 76 years.

Family members who were not able to be in Derry for the celebrations were able to speak to him online.

Willie signed for his boyhood club when he was only 14 years of age in 1944.

Even after his playing career was over, Willie's close association with the Brandywell continued and he has been honoured in recent years for his commitment to Derry City.