Uncertainty and sacrifice at Judges Road

Uncertain time ahead for everyone involved with City of Derry RFC 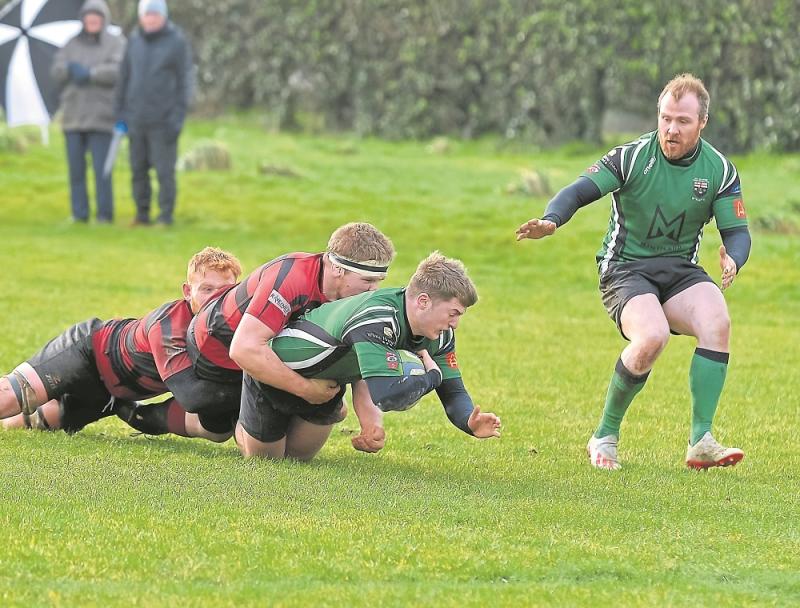 SENIORS...The current AIL season has been declared null and void.

The decision to conclude the AIL season with immediate effect was no great surprise to anyone at Judges Road, but it is now an uncertain time for everyone involved with City of Derry RFC.
The IRFU Rugby Committee brought an end to the season on Thursday past, with four games still to play in the Division 2C season, doing so as a response to the concerns over the coronavirus while giving clubs the chance to put plans in place for the 2020/21 season.
It some senses, it is a relief for City of Derry, who were attempting to avoid a fight against relegation at the end of a season of inconsistency, but the circumstances which brought the abrupt end to the season are far from ideal, and leaves the coaching staff, the players and the very club itself wondering about the future.
“We were kind of expecting it so it didn't come as a massive surprise to us. In the grand scheme of things, everyone's health is much more important,” coach Richard McCarter said.
“It would have been hard to get back into rugby after such a long break anyway. For us in particular, as well as the likes of Bangor, Midleton and Omagh would all welcome the decision because it takes away a relegation scrap that we could have been involved in for the last month or so.”
Derry's last game was a 33-5 defeat to Clonmel on March 14, and the club were scheduled to face Sundays Well, Omagh, Skerries and Bruff before season's end. Those games will now not happen.
“With four games to go we were more than likely to be involved in the scrap at the bottom rather than in the top four,” McCarter continued.
“At the same time, you just don't know what would have happened but it's a long enough season and a stressful enough season without having to delay it even further. It's nearly a but unfair on the likes of Enniscorthy and Skerries who are going to be punished for being successful this year. Unfortunately it's null and void for them but for the rest of us, it isn't as bad.”

Working in the dark
McCarter and Head Coach Paul O'Kane are already working towards next season, but they are very much working in the dark.
“It's very difficult,” McCarter admitted. “We're trying behind the scenes to get tied down for next season and get them, committed for us to see where we need to strengthen. It's hard to know what to do without knowing who is going to be about, but even then in amateur sport, especially in Division 2C of the AIL- if a guy tells you in March he's going to stay, but something better comes along in July or August, they're going to go because there's nothing really to tie them here. It is difficult to bring in and build and maintain a squad.
“The club relies heavily on our home games on a Saturday, not that we get big crowds anyway, but it's still revenue at the gate and the bar, and without the last few games of the season and without anything going on for a long time, up to about six months, it is going to be tough for the club.
Adjusting to life without rugby for the next few months will be difficult for everyone at the club, but in these uncertain times, sacrifices have to be made for the greater good.
“I'm not going to lie, it's been a tough couple of weeks, but I know I'm not the only one involved involved in rugby Tuesday, Thursday and Saturday,” McCarter said. “You're thinking rugby constantly, you're working every other day of the week so it's tough to just switch off completely.
“People probably joke about it, but the mental side of it is so important. You have to keep yourself active as best you can.
“It's worse on the players because they'll be used to training in the gym every other night when they're not out on the pitch so it's important that they keep themselves active and keep doing things and talking to each other on the phone, whatever they have to do. It's just a totally weird and unique situation and I hope we never have to come across it again.”