Reality check for City of Derry 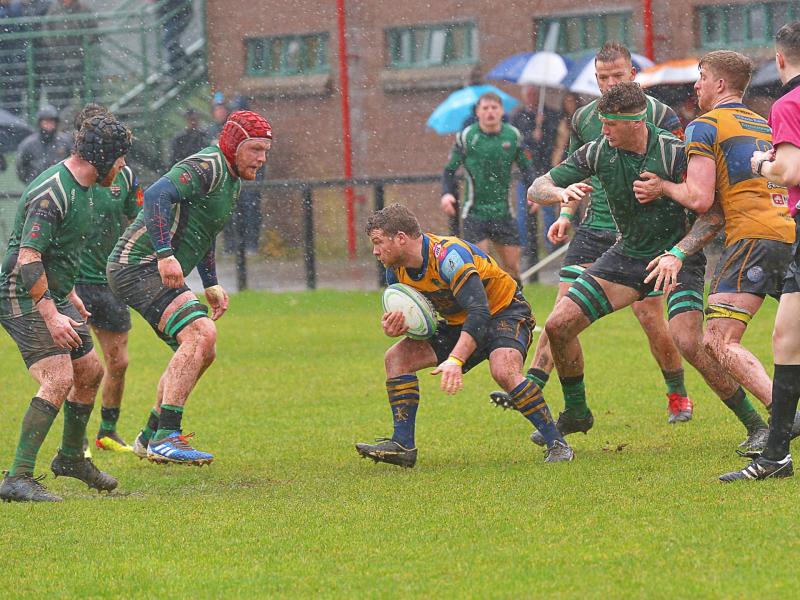 City of Derry's defeat to Bangor last week has forced them to re-evaluate their aims this season.

There has been an important shift in mindset at Judges Road this week, with the defeat to Bangor providing something of a reality check for City of Derry.
For so long the talk has been of moving up the table and into a play-off position, a common theme that has, especially in the recent past, been at odds with results on the field. It is now just one win in five league games for Derry who remain at second bottom in Division 2C. The 7-14 defeat to Bangor at the weekend, amidst horrible conditions, was the last thing that Derry needed, the only game in the division to go ahead on a grass surface.
“It wasn't really our day but the conditions were the same for both teams so we can't really use it as an excuse,” coach Richard Mccarter said.
“It probably suited Bangor better than us because they had a big, heavy strong pack and their game plan was pretty obvious from the word go, but we just couldn't live with them. The fact that they had the upper hand in the scrum made things difficult for us but I just don't think we helped ourselves.
“Having said that we still created enough chances in the second half that we could have got the draw at least or even sneaked the win but our decision making and lack of accuracy really mattered in the final third and let us down. Overall, it was a really disappointing performance and result and we just need a reaction this weekend.”
Despite the defeat, there are still just six points between ninth place and fourth, but McCarter is realistic enough to admit that getting off second bottom is the only concern at present.
“Up until Saturday we were really positive in terms of looking up the table and still thinking we could make top four,” he continued. “I think now we just need to recognise that first and foremost we need to get off second bottom.
“We still feel that if we could put a run of form together that we could go up the table, but the reality is that we haven't been able to put a run together. We need to start somewhere and it needs to start this weekend and then we'll reassess after that but our priority is to get away from Midleton and then get to that play-off spot as well.”
Tullamore come to Derry with promotion hopes of their own and will be hoping to replicate the win they enjoyed over Paul O'Kane's side back in November. They face a Derry side on the ropes at present, and McCarter admits that the stature of their opponent does not matter at all at this stage, with the hosts needing to dig themselves out of trouble regardless.
“Whether they are first, third or bottom it won't make a difference to our approach this week,” he insisted.
“We know it's going to be a very tough game. They play a similar style of rugby to Bangor where it's very forward orientated so we have got to be better prepared for that than we were on Saturday. Conditions are likely going to be tough again this week because I don't think the forecast is great but we just have got to adapt better.
“We have got ways and means of doing it – we still have good strong ball carriers in the pack, we have good strong backs as well, but with our attitude this week, I think we really have to show that we want it, and if we create chances, which we likely will, we have got to take them. We can't miss the chances we have over the last few weeks because they really have proven costly.”
Prop Sam Duffy, who missed last week's defeat to Bangor, is likely to miss out again this weekend.