City of Derry hoping to turn the tables

The Division 2C league table does not make pleasant reading for City of Derry at the minute, but that can all change this weekend 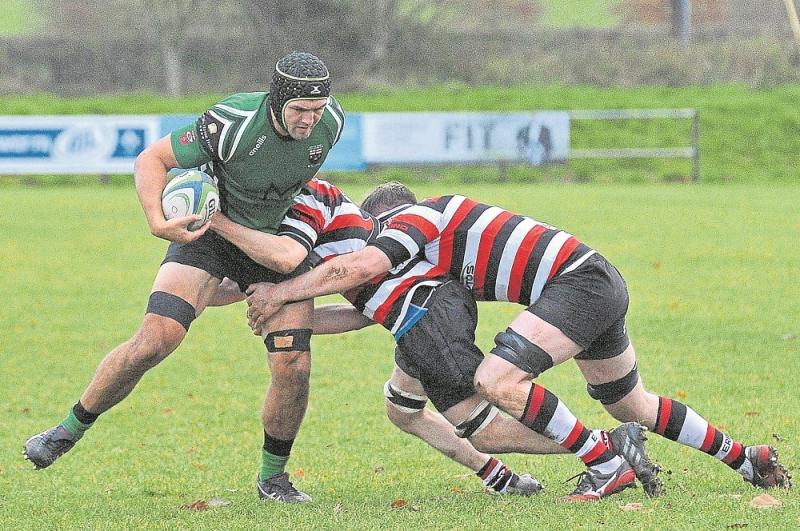 City of Derry face a must win game against Bangor at Judges Road this weekend.

The Division 2C league table does not make pleasant reading for City of Derry at the minute, but that can all change this weekend with a win against Bangor in what could be a huge day in the club's season.
Coach Richard McCarter can't bring himself to look at the table, with City of Derry second bottom at present following their most recent defeat to league leaders Enniscorthy. Despite playing well that day, Derry left empty handed, which was of little consolation considering the importance of points at this stage of the season.
“I try not to look at the table too much because it is completely psychological,” McCarter admitted. “You can be playing really well and still sitting second or third bottom, but you know if you pick up four or five points, you can be well up that table. We have to keep our eyes off the table and concentrate on the matches and make sure our performances are worthy of those points.
“We have itchy feet after three weeks, especially after a defeat because you just want to try and put it right the following Saturday, but whenever you have a two or three week break you can't do that. You just try and stay productive and keep focused on the next game and it's finally coming around.”
City of Derry played miserably in their last home game against Midleton but still won, whilst they scored three tries at Enniscorthy but came away with nothing. It's never straightforward when it comes to Derry this season.
“It was actually a really encouraging performance,” McCarter reflected.
“I know we had beaten Midleton but we were disappointed with how we had played that day. On the flip side of that, we gave a good account of ourselves against Enniscorthy but we got nothing from it.
“It was really frustrating from that point of view. We definitely deserved something from that game, even if it was a losing bonus point, but to come away with nothing other than that encouraging performance was frustrating. It has been a long few weeks now and we're just looking forward to getting back into it on Saturday.”

'Must win'
There is no getting away from the importance of this week's home game against Bangor, who sit two places and one point above Derry. A victory could take Derry into the top five, but defeat could all but end any hopes of a play-off place. That reality is not lost on anyone at the club.
“Looking at the table, everyone is right beside us so they are all big games for us,” McCarter agreed. “Saturday just feels really important being a home game, being an Ulster derby, and the fact that they are closest to us in the table. It is a big one, and we just have to try and play the game and not the occasion, We can't be overawed. We want to play rugby, we want to play the way we've been training and sometimes you can get away from that when the occasion has been hyped up.”
Whatever the weather this Saturday, and whatever the performance, McCarter just wants the win. At this stage of the season, that's all that matters.
“We're desperate to win it,” he said. “I was frustrated after Midleton but I would take that every week as opposed to a glorified defeat like we had in Enniscorthy. We're prepared for what's going to be a mentally tough last few weeks. We have got to get ourselves up for it and find ways of winning these games.”