Townsend Carol on the money in Red Shilling Final 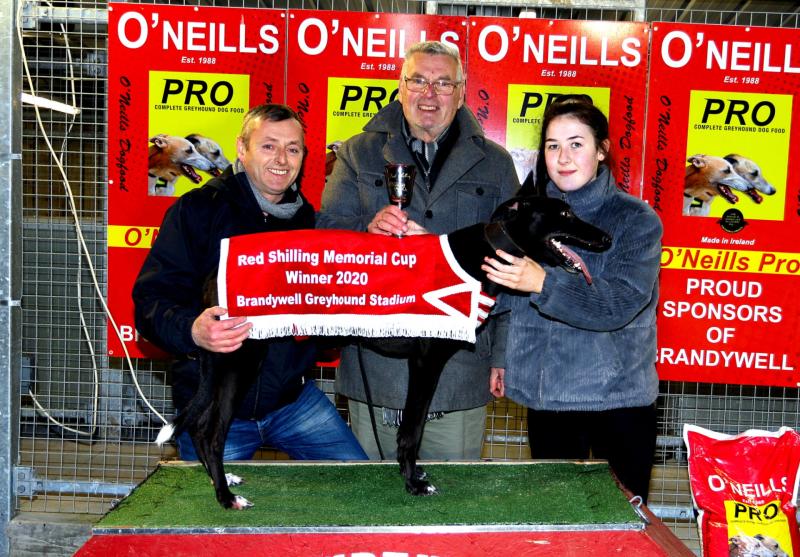 The Red Shilling 745 Marathon Final was won by Townsend Carol for John Porter (centre) who is pictured with his son Eamon Porter and Dawn Porter who presented the trophy.

Townsend Carol was the toast of the Brandywell Track on Monday night as she surged to a great victory in the feature race, the Red Shilling 745 Marathon Final.
Racing out of trap five for John Porter, the 2/1 shot clocked 42.05 to win by just over two lengths from the 5/4 favourite Pretty Imelda with Smurfing Season in third.
The eight race card opened with This One Place recording a time of 16.93, edging out Sniper Mia while the evens money favourite Titanic Joe was back in third in the 300 yard sprint.
The Greyhound Data Sprint was won by the heavily backed Hazelwood Blitz in 16.93 while in the third race, the Lone Moor Sprint, Runalong Ruby pipped Story’s Lass by half a length to win in 17.07.
Following the final, Corcass Skippy recorded a time of 27.70 and had four lengths to spare over Highview Merry in the Brandywell 500.
Next up was the Track Lotto New Year 500 and here Chas Book was in command to cross the line in 28.20 with trouble on the first bend not helping those in pursuit.
The penultimate contest was the New Year 500 which was won by Darci’s Hunter in 28.48, some five and a half lengths in front of Garlyn Captain.
The last race was a well contested Greyhound Pro Sprint with Barney Rockon, the 4/7 favourite landing the honours in 16.84.
Thanks to Martin Lavery who also sponsored prizes for all the Annual Awards Winners and to Stephanie English who arranged all the framed certificates on behalf of the BGSG. 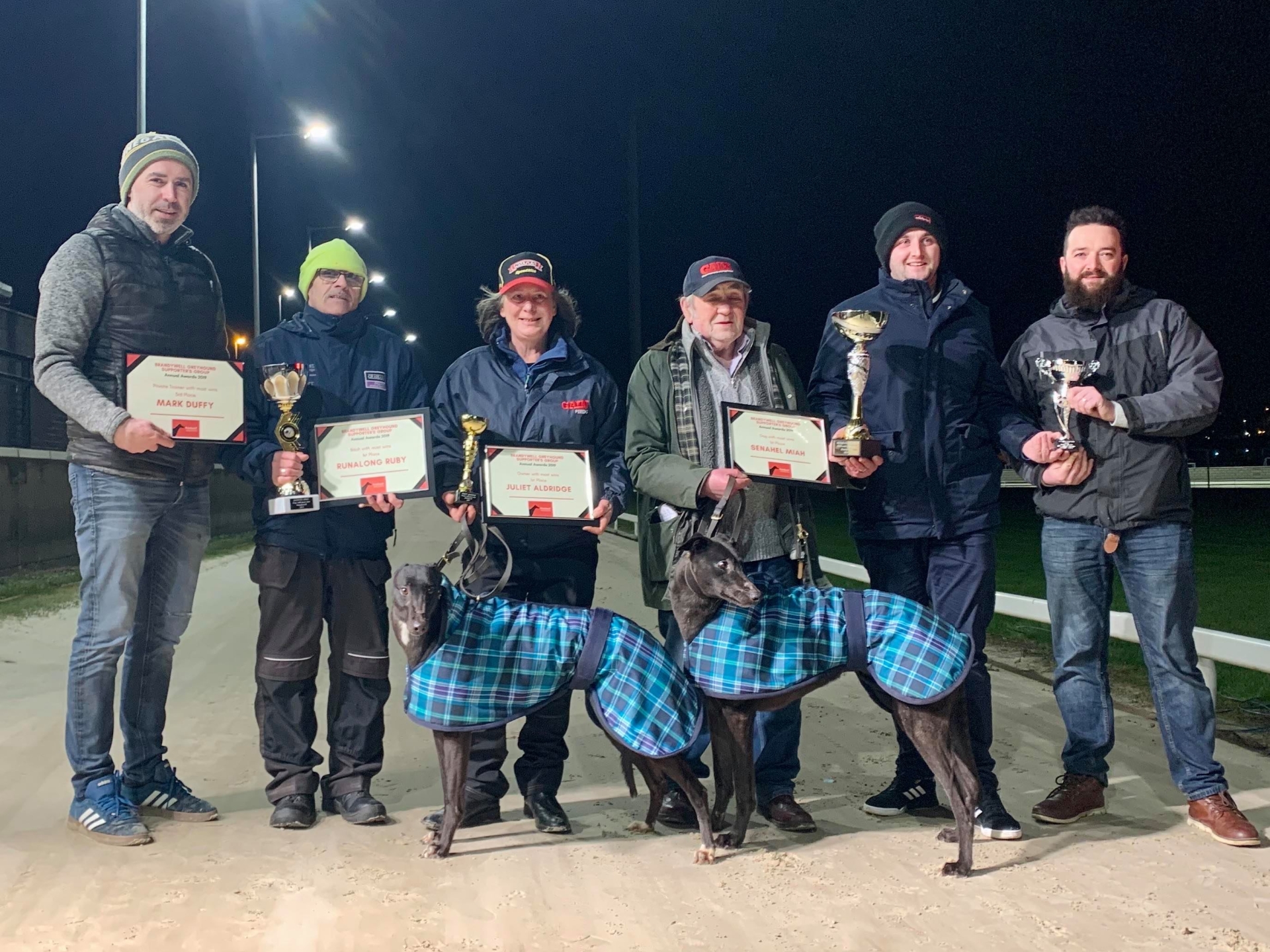 From left, Mark Duffy who was 3rd in the Brandywell Private Trainer league table for 2019; Patsy Doyle from the Brandywell Greyhound Supporters Group presenting awards to Juliet Aldridge who was Brandywell’s Top Owner for 2019 with Runalong Ruby (Brandywell’s Top Bitch 2019); Vincent Mcguinness with Senahel Miah who was Brandywell’s Top Dog 2019; John White represented bookmaker Daniel White who sponsored prizes for the Annual Awards Winners; Eddie Crossan receiving the Best Wishes for 2020 trophy sponsored by Alan Shakespeare and Pauline Brennan after Caragh Woodie was voted favourite performer at the January 6 meeting.