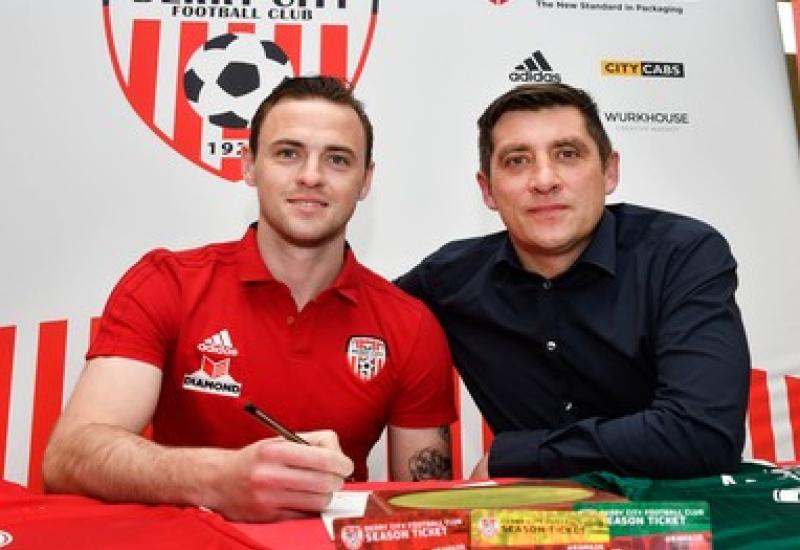 Darren McCauley who will not be returning to Derry

Derry City fans have had to deal with the departure of another big name from the Brandywell this past weekend with the news that Darren McCauley will not be returning to the club next season.
The 27-year old joined the Candystripes in June after a brief spell at Inverness Caledonian Thistle, but was unable to maintain a regular starting place, starting just three games overall and making 9 appearances from the substitutes' bench.
McCauley took to social media at the weekend to announce his decision.
"After signing for Derry City FC this summer, it has been a pleasure to represent my hometown club," he explained. "However for a number of different reasons, I will not be returning for the 2020 season. I would like to wish the players, fans and club all the very best for the future."