Family ties - without realising it 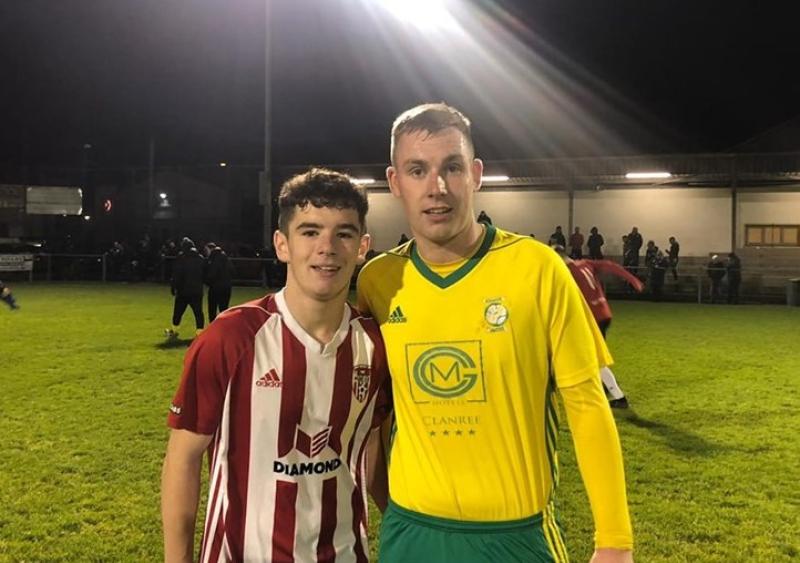 Two cousins were on opposing teams during Monday night’s Ulster Senior League game between Letterkenny side Bonagee United and Derry City Reserves.
Bonagee’s Sean Hume and Derry’s Orrin McLaughlin were unaware of the family connection.
But Sean’s grandfather, Paddy Hume, and Orrin’s grandmother, the late Sally Irvine (neé Hume) were twins. One goal was enough to decide the issue at Dry Arch Park with the Bonagee’s Darren McFadden scored with a header to bag the points for the home side.
Meanwhile, Paddy Hume was said to be as proud as punch after he saw a picture from the game of Sean and Orrin.