So far this season, one thing City of Derry cannot be accused of is lacking in entertainment, whether it is home or away. 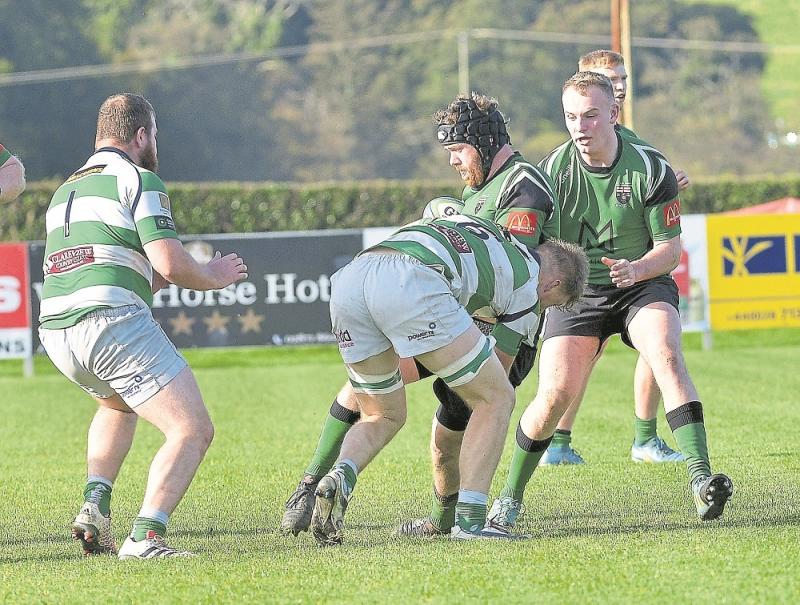 City of Derry are hoping to make it two wins in a row this weekend.

So far this season, one thing City of Derry cannot be accused of is lacking in entertainment, whether it is home or away.
An interesting statistic after three games shows that no team in Division 2C has scored more points than Derry at this stage of the season. On the flip side however, the table also shows that no team has conceded more than the Judges Road club. Three games in and fans can at least expect some end to end contests.
“We’ve worked hard on our attack play over the last 12 months and we’re starting to see that now,” coach Richard McCarter said.
“Apart from Bruff, we have attacked really well against Skerries down there, especially in the second half. Against Omagh we scored another three really good tries. We’ve got confidence now in that area and I suppose that’s reflected in the league table but at the same time, we’re shipping a lot of soft tries as well.
“I wouldn’t even say that defensively we’re that bad because in terms of our organisation it isn’t that bad; it’s not great, but it’s not the worst. It’s just individual tackling mistakes that are costing us so if we can get the boys concentrated and keep doing what we’re doing in attack and make a few tackles, we’ll have a good chance.”
After last gasp defeats to both Bruff and Skierries in the opening fortnight, City of Derry finally got their first win against Omagh at Judges Road, lifting them into seventh place in the table. Less than a month in however, Division 2C is still taking shape, meaning that every point gained at this early stage is important.
“It was nice to win the game (against Omagh), especially before the two week break, because it means you can enjoy it rather than sitting stewing over another defeat,” McCarter agreed.
“The way things went for us in the first two games it was pretty frustrating and disappointing so to win one at the end, like we did against Omagh, was pretty satisfying so it sets us up nicely for Sundays Well.”
The influential Neil Burns is definitely out this weekend after picking up a hamstring injury against Omagh, and that will be a big loss coming up against a Sundays Well team desperate to get off the bottom of the table.
“To be honest it’s that close at the bottom with only five points separating top and bottom at the minute. They are at the bottom of the table but it probably doesn’t do it justice at this stage with only three matches played. We’re an example of how competitive and how tight the margins are in this league.
“We could be sitting top of the league, with three wins out of three, but also we were five minutes away from having three losses out of three against Omagh. It’s another game for us and it’s going to be tough but we have to have that belief now that we can go down and win, not just for our home games, but for away games as well if we realistically want to make that transition into the top four.”

On the road
City of Derry find themselves on the road four times in the next six weeks, with game scheduled against Sundays Well, Tullamore, Bangor and Midleton, giving them ample opportunity to get away wins on the board.
“If we want to have that mindset of getting into the top four we have to get away from that cliché of winning your home games and picking up losing bonus points away from home,” McCarter stated.
“I think we have a chance of getting into the top four this year but because it’s a competitive league you have got to pick up victories on the road and I just thin k that if we play to the best if our ability we’ll be a hard team to beat at times. It’s just having that consistency throughout the 80 minutes and not dropping concentration. It has to be from the first whistle and fingers crossed that can start this week.”