"At the Brandywell you could feel it, we were more than just a club." - Richard Moore 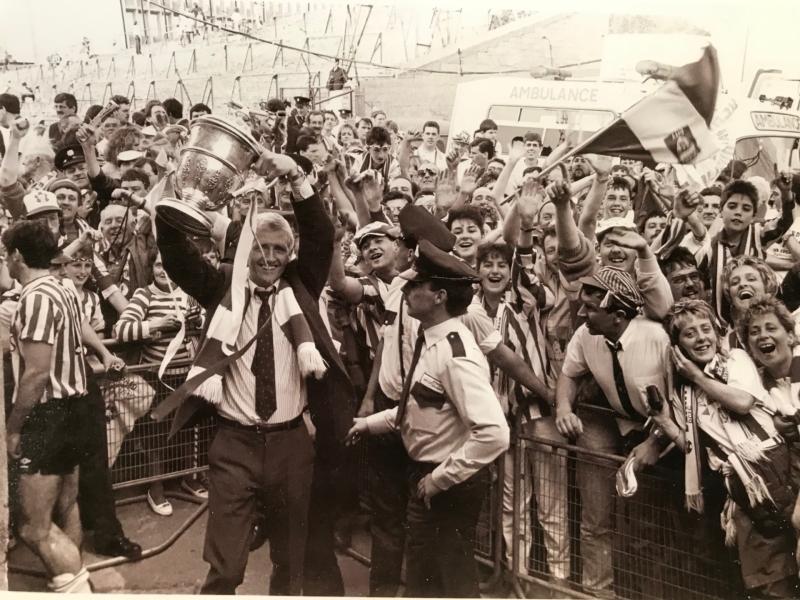 Tonight sees the premiere of the EXTENDED version of Different League: The Derry City Story’, which will be shown at the Brunswick Moviebowl for one week only.

The recent BBC documentary, produced by Guy King, was a tremendous success, taking locals back to the days when Derry City entered the League of Ireland after years in limbo due to the expulsion from the Irish League amidst the ongoing Troubles of the time.

The extended version will show scenes not seen on the BBC version, including interviews with Owen Da Gama, Father Chris Ferguson, Liam Coyle and Richard Moore.

After losing his sight from a plastic bullet in the Troubles, Richard recalls how a match commentator helped him see again.

“I used to play football all the time, I sort of fancied myself as a player. But after I lost my sight I wasn’t able to play the game that I loved. Then there was no football at the Brandywell so I had no team to support and I just couldn’t get into clubs not on this island.

"At the Brandywell you could feel it, we were more than just a club. It galvanised the whole community. It really did, everybody, man, woman and child were just flocking to the Brandywell.

“I couldn’t go to the matches because I had no commentary. So I would have been going to the matches just listening to the crowd shouting and roaring and I wouldn’t have known what was happening.

"It’s one thing being at the party but I wanted to know what was happening on the pitch. I was really disappointed.

"I used to scour the radio, there’s nothing worse than tuning on the match, then ten minutes into the match the commentator comes on and says: ‘We’ll be back to join Derry City shortly, now we’re going to go to Gaelic football.’ I’d say ‘Oh for God’s sake’.

“But then I met Felix. Felix came down to record that song, Derry For The Cup and I remember saying to Felix about my problem and without me being aware of it, Felix went and talked to Jim McLaughlin.

"They spoke to Online Video, who was recording all the matches at the Brandywell with my old English teacher John Dunne as commentator.

"So, next thing, they’ve organised for me to go and sit with Mr Dunne in the dugout.

“I remember the day, going into the Brandywell, the players’ entrance, around the side of the pitch and the crowd singing. The atmosphere was electric.

"I took my seat beside John and his daughter Deirdre – right at the side of the pitch.

“John Dunn was just totally eloquent, a fantastic ability with the English language. He spoke in a way to paint pictures. And it got to the stage with me where I wasn’t hearing what John was saying, I was seeing what he was saying.

"And in many ways, John turned on the floodlights in the Brandywell for me. I was able to enjoy the matches and that was me then, hook, line and sinker. I went to every home match, every away match. It was brilliant. 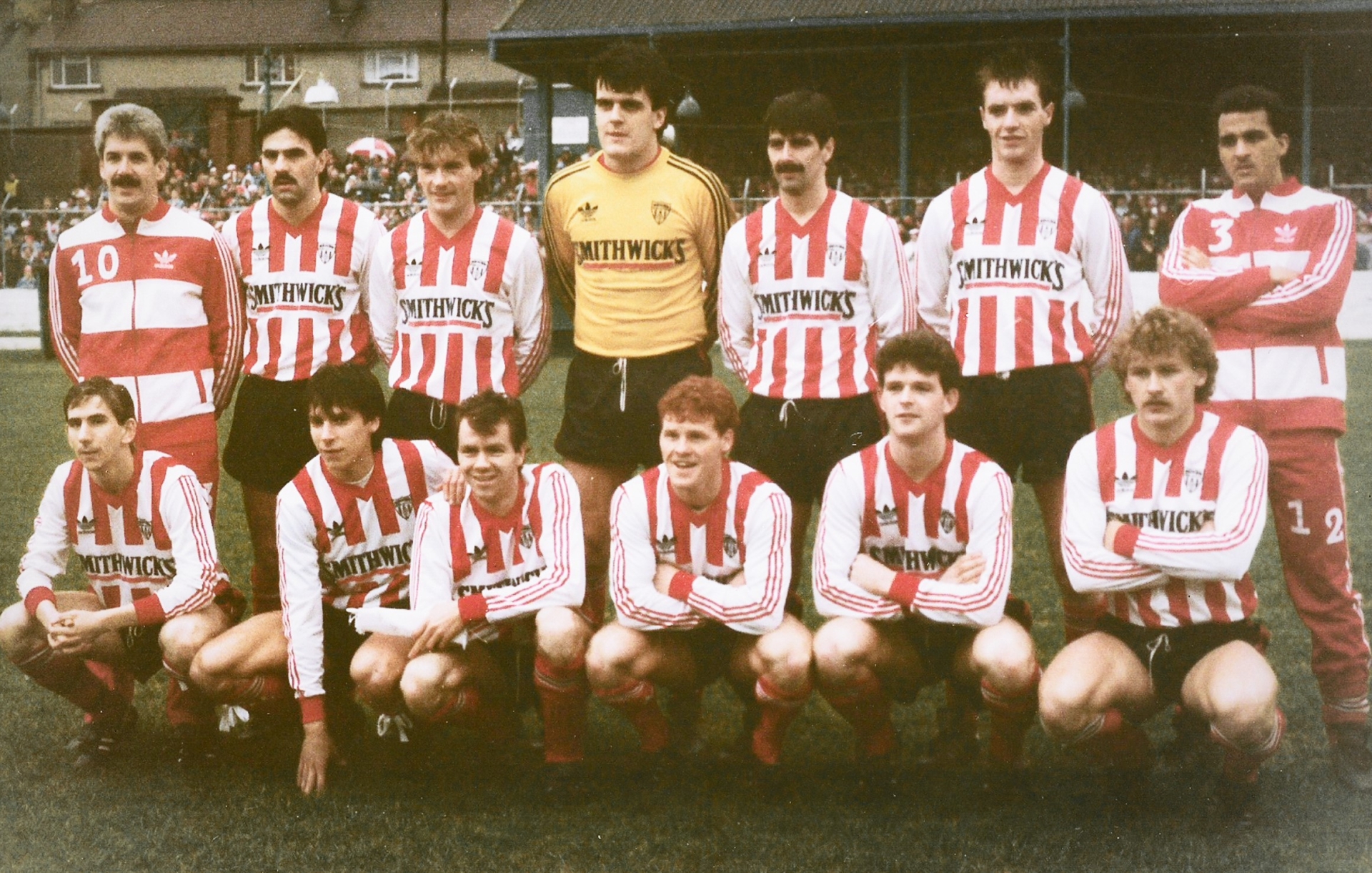 An extended version of ‘Different League: The Derry City Story’, will be shown at Brunswick Moviebowl for the next week, starting tonight.

“When I watch football I have all the characteristics of a sighted person, I’ve been told. Like if the other team has a free-kick in a dangerous position against Derry, I cover my eyes. Or else look away. Automatic reflexes, I can’t explain it. It’s bonkers in a way, but if the other team gets a penalty against Derry, I’ll be looking in the opposite direction going, ‘No, I don’t want to see it!’

“Even though I couldn’t see what was happening I became an authority on football. I remember one match John never mentioned Stuart Gauld the whole match, so I said John, Stuarty Gauld really hasn’t been in the match today. And he says, Richard, he's not even on the pitch!

“I think the return to football was a healing experience for people. You know, you’re in the middle of a conflict, there was unemployment. It wasn’t just like returning to football, it was something much, much more than that. Something greater than that.

"So, maybe in that way, it could equate to a spiritual experience. Almost an out-of-body experience. Without a shadow of a doubt, it brought people together.”

The filmmakers hope the cinema film brings people together again.

Tickets are on sale now at brunswickmoviebowl.com for the premiere (Thursday 9th September) which has a bonus Q&A with Paul McFadden, the Gang of Four, Eamonn McCann, Felix Healy, Liam Coyle, Deirdre Dunne and others.

Also on sale are tickets for further screenings 11-16th September.