Draperstown Celtic unable to turn the Coina in second-half 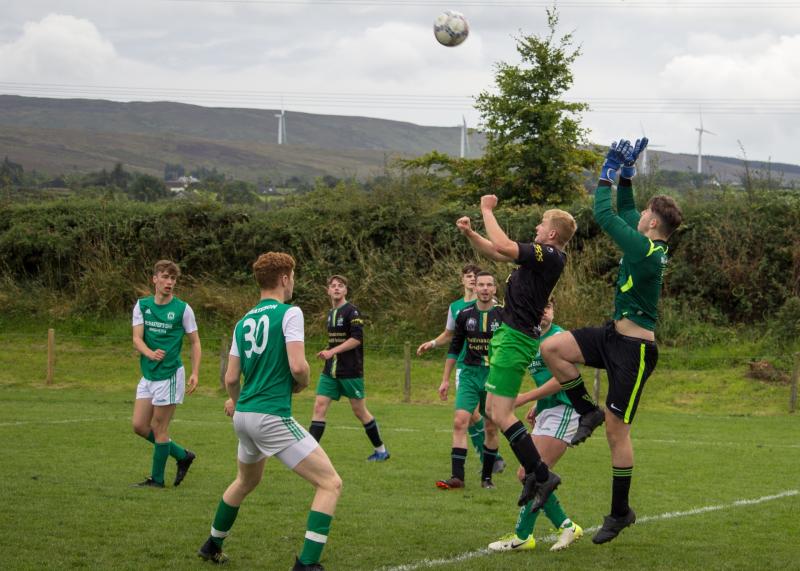 Draperstown Celtic 1
Coina Rovers 1
Rovers were the visitors to Cahore on Saturday for this Group D clash and they couldn't have got off to a worse start.

DC, missing a couple of regulars, stole the ball from the kick off and with the opening attack, found themselves a goal up when Niall McGlade got on the end of a Johnnie McKee cross, scoring from outside the box. Johnnie Mckee almost setup John Higgins from a corner minutes later but the ball just grazed off his head.

DC kept the pressure up with Barry Grant letting fly but his effort went just the wrong side of the post. McGovern won a poor goal kick and set Grant free but the keeper made a fine save to keep it at 1-0.

Coina did venture forward on occasion as they settled themselves from the early setback but the home defence stood firm with Christopher McKillion and Ryan McCullagh in the centre winning the aerial battles.

McKee picked up a yellow card half way through the first half for a challenge on Jon McAllister. Grant came close again when he caught an excellent McKee cross on the volley but again the keeper done well. 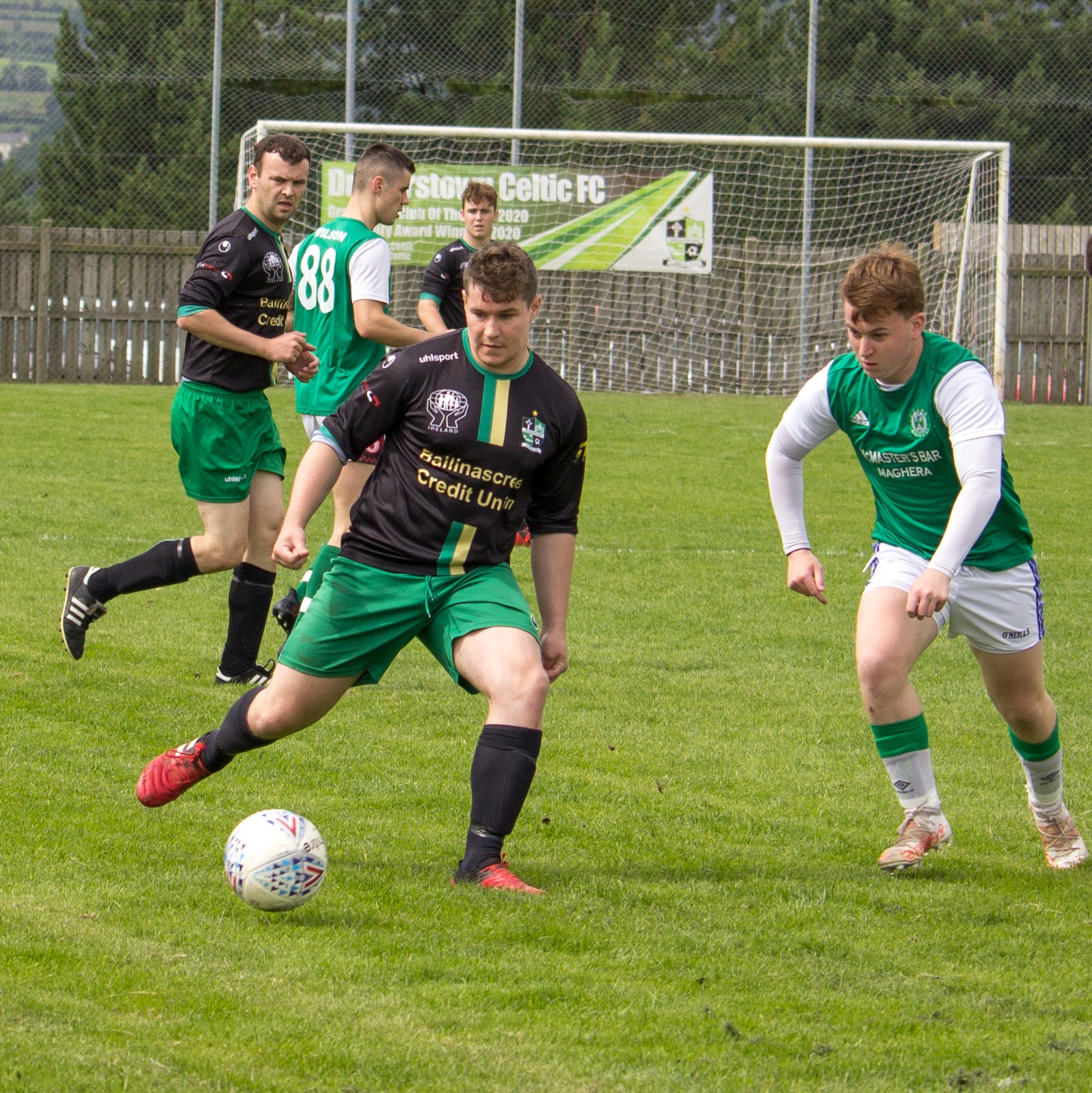 Barry Grant came close to winning the game for the home side on more than one occasion.

As the half progressed the game became a more open affair with Coina working hard to get out of their half but John Higgins and Karl McGuigan dictated a lot in the middle of the pitch. Coina created a couple of half chances towards the end of the half but never really troubled the home side and the half ended 1-0 to DC.

Coina came out raring to go in the second half and drew level in the opening minute when they intercepted a DC throw in their own half and broke forward. McGovern had a decent chance to restore the home sides lead but his header from a Steven Higgins cross was glanced just wide of the far post.

The away side took great confidence from their equaliser and worked hard defending in numbers making the second half a much more even affair. Coina started to think about scoring again and that left more space at the back. McGuigan slotted a lovely ball through to McGovern but his effort trickled wide.

DC started to turn the screw and Grant was next to come within a whisper of restoring the lead when his effort flashed just over the bar and moments later John Higgins also sent a flying effort just over from the edge of the box.

The home side piled the pressure on earning corner after corner but couldn't capitalise and indeed Coina had a chance to win it in injury time but the tame effort went well wide. A disappointing day for the home side who were free scoring in recent weeks but a good result for the visitors.