Dylan O’Neill's penalty proved to be the winner 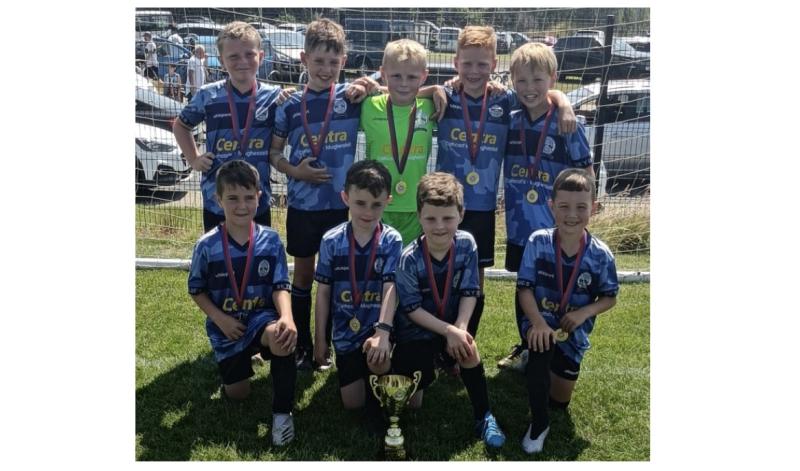 The U9 footballers of Magherafelt Sky Blues had their first taste of silverware at only their second competitive tournament, the 2021 Mountjoy Cup at Omagh.

The quality of opposition was strong with established youth outfits like Ballinamallard United, Dungannon United, Top of the Hill Celtic and Maiden City all in attendance. 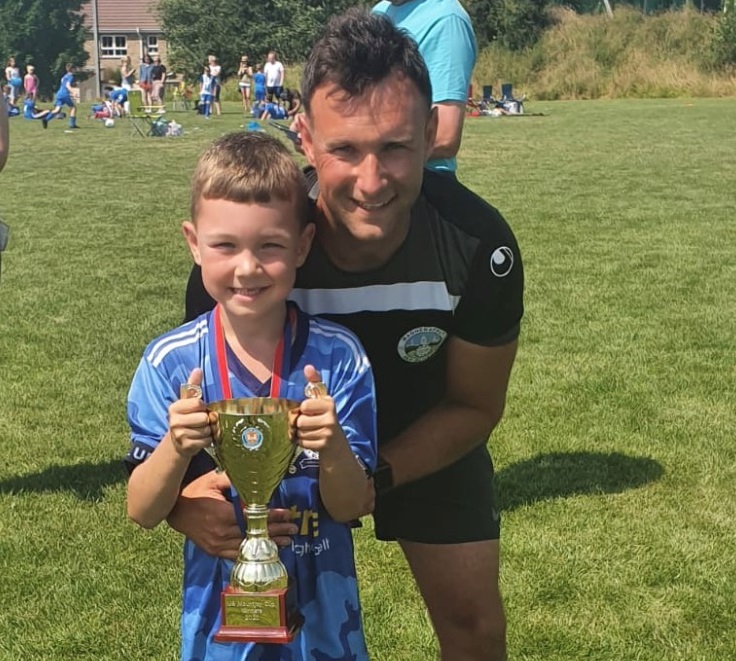 Barney Dixon with his Dad Gary one of the team's coaches.

After winning their group comfortably, the Wee Blues progressed to the knockout stages of the Cup. They beat a strong Ballinamallard United side in the Final.

After being the better team throughout normal time, the lads were just unable to find their composure in front of goal on the big occasion and they were forced to go through the dreaded penalty shoot-out.

Despite the pressure, the Magherafelt lads held their nerve and after the prowess of Lewis Anderson in goals, it was down to the trusty left foot of Dylan O’Neill, who dispatched the winning penalty without any hesitation.

FEATURE: Spires Park: The seed that grew on Stoney ground

How a County Derry football club defied the worst recession in recent memory to develop their ground,

Liam Tunney revisits the story of how Magherafelt Sky Blues future-proofed their facilities and defied the worst recession in living memory to build a lasting legacy for football in the area.