Derry man overjoyed to be playing for his boyhood club 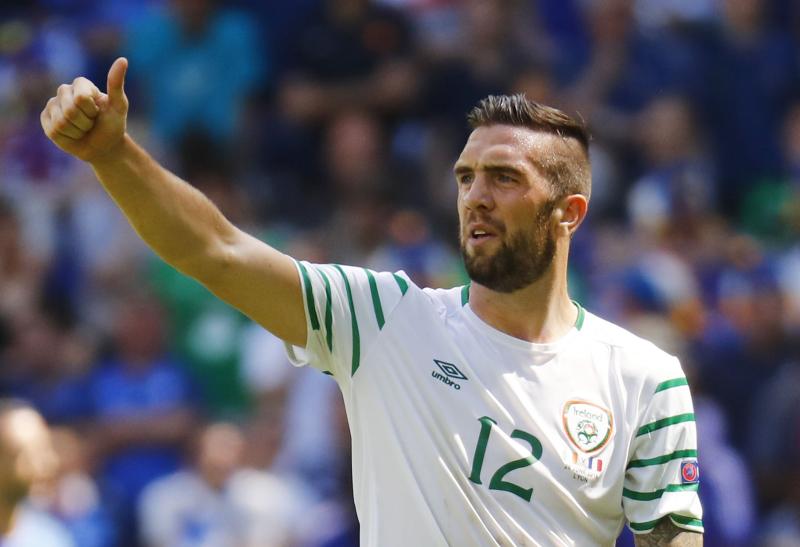 Shane Duffy admits it is a ‘dream come true’ to be playing for the club he loves after joining Celtic on a season-long loan from Brighton and Hove Albion this morning.

The Derry man has long been linked with a move to the Scottish champions and the deal has finally become official.

The 28-year-old centre-back is currently on International duty with Ireland as they prepare to face Bulgaria and Finland in Nations League matches after which he will join up with his new teammates and join in the race for 10-in-a-row in Glasgow.

“It’s taken a little while to get it one but I’m over the moon,” he said. “It’s something I’ve always dreamed of doing and to get the chance to do that and for the club to want me is special for me. I’m just excited to get up there and get going and hopefully bring success to the club. It’s been a long time coming.

“People will know the connection between Derry and Ireland and Celtic. It’s all we knew growing up and the older I’ve got I’ve been lucky enough to go to a few game and experience the atmosphere. It’s my boyhood club and it’s literally a dream to be playing for Celtic. I’ve had all the tops through the years and now to be going to Celtic Park and playing for the club you love is a huge hon our and hopefully I can do them proud.”

Celtic manager Neil Lennon added: “We are delighted to bring a player of Shane’s quality to Celtic. He is an international player with so many great attributes. He is leader and he’s a warrior – someone with real ability and who will also give us that great physical presence.

“I know too he is a player who will add great personality to the dressing room. This is a real coup for the Club. From the off, Shane wanted to come to Celtic and we are delighted we have been able to fend off English Premier League interest.

“We are delighted with Shane’s decision to come and I am delighted with the business which Nick Hammond and the Board have done, not only in bringing Shane to Celtic, but throughout the window.

“We can’t wait to get Shane involved in the squad as we look to the many challenges ahead.”