Institute lodge appeal to 'the final arbiter of justice'

Derry club hit out at NIFL decision that saw them relegated 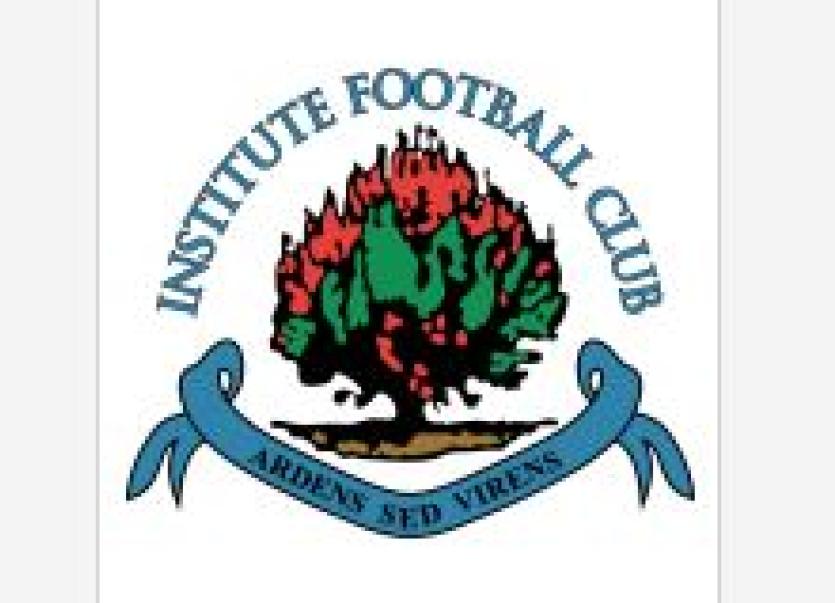 Institute have lodged an appeal

Derry club Institute have lodged an appeal over a recent decision by the NIFL that saw them relegated.

In a statement issued by the club, they welcomed the support of other clubs and 'ordinary football fans' who voiced their backing.

"Institute FC are grateful for and encouraged by the tremendous support voiced by other NIFL clubs, managers and chairmen in relation to the recent decision by the NIFL Board to enforce the automatic relegation rule whilst choosing to ignore or reinterpret a range of other NIFL regulations," the statement began.

"Even more encouraging has been the response of the great majority of ordinary football fans, many of whom have taken to social media to voice their support for our club and their beliefs about the injustice of the NIFL Board decision.

"As a club, we have always argued for a ‘least harm’ solution to the curtailment of the three NIFL leagues, based on the principles of sporting integrity and solidarity.

"The promotion of teams who have fought hard all season to achieve that objective and were on track to get there or be in a playoff position, was part of that ‘least harm’ proposal. However, an equally important part of that proposal was that there should be ‘no relegation’ for teams who still had the potential to avoid it if the season had been played to its natural conclusion.

"This proposal would have required an adjustment in terms of the league structures, at least on a temporary basis. Specifically, NIFL would have had to embrace the concept of a 14 team Premiership and perhaps a 14 team Championship for the 2020/21 season.

"While all Premiership clubs agreed on the ‘no relegation’ aspect of our proposal, a couple of  clubs, understandably perhaps, were concerned about the prospect of three clubs potentially being relegated at the end of next season and the implications that that might have for their own clubs.

"Although, in our view, this would still have been consistent with a ‘least harm’ outcome, we were sympathetic to those concerns. As a result, we put forward an additional proposal for the adoption (for one or more seasons) of a 14 team league based on the Danish model.

"That model, used by a country currently standing at 13th in the UEFA coefficient table compared to Northern Ireland’s 48th position, has a number of benefits.

"Firstly, while it is possible that three teams might end up being relegated, it is equally possible that only two, or even one team could be relegated, depending on the outcome of a series of end of season playoffs.

"In addition, the Danish model has the benefit of reducing the number of games towards the end of the season which have little or no importance, other than the personal pride of the teams involved. Indeed, the increased importance associated with these games, provided by the Danish model would almost certainly lead to increased gate receipts and potentially additional broadcast media income for the league.

"However, whilst this proposed model was circulated to all Premiership clubs, it was not discussed in detail because of the perceived time pressures involved in reporting to the NIFL Board, and the apparently more important issues of UEFA nominations and financial fair play in relation to the distribution of any associated financial gain.

"In summary, Institute FC are convinced that the failure of the NIFL Board to implement a ‘least harm’ solution to the curtailment of the current season is both a dereliction of their duty to protect the interests of all NIFL clubs, and a missed opportunity to provide a positive end to what has been a very difficult season for clubs and a horrendous three months for the general population and the communities that we represent.

"As a consequence, we have now lodged an official appeal with the Irish FA, our sports governing body, and the final arbiter of justice in all matters relating to our wonderful game."