Kilrea held a meeting and decided to fight for their club 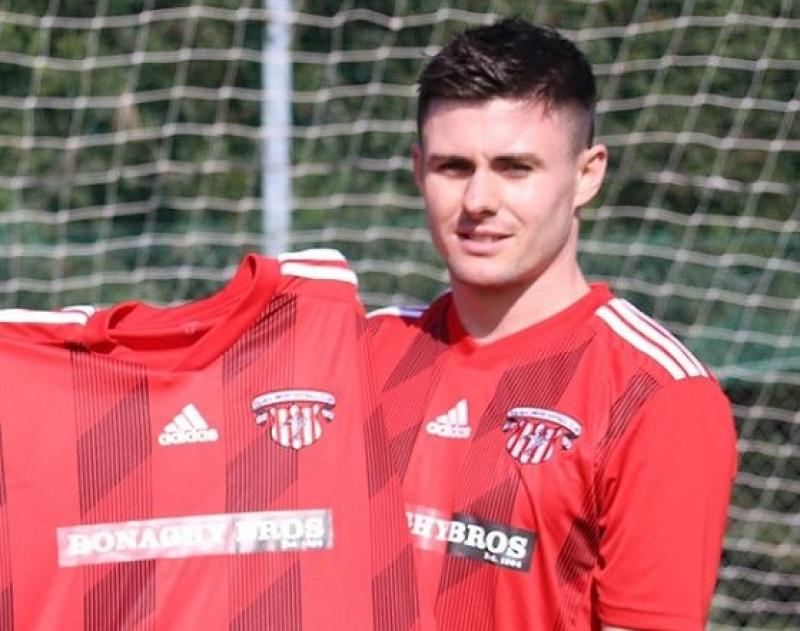 Kilrea United captain Paddy McNeill is proud and humbled by the response of the community and beyond, after the club made a decision to fight for their future.

The amateur club, who play in the Coleraine and District League, were hit with a heavy fine of 10,000 CHF (Swiss Francs) by the game's governing body FIFA, equivalent to £8,330 to be paid within 30 days.

The fine follows an eligibility dispute over teenager Pierce Worrall-Hill, dating back to the 2018/19 season and a move from youth team Bertie Peacocks, an administration issue the club claim was not their fault.

At the time, a nine-point deduction cost them the league title.  Chairman Davy Shiels states that the Coleraine and District league admitted responsibility for the registration error, yet Kilrea's appeal was turned down by the Irish FA.

Worse was to follow last month, with the unexpected fine.  As it was less than 15,000 CHF, FIFA's Article 57.1 prevented the club from lodging an appeal.  Left to ponder their future, they met and decided to launch a fundraising page.

Within an hour of their funding page going live, they had raised £3,100.   By the next morning, within 12 hours in the launch, they had met their target.  The money continues to come in and any excess will be donated to a charity of the club's choice.

“I’m absolutely bursting with pride and humbled by the response we've got,” McNeill told the County Derry Post.

“This season, we've came back stronger and we’re well on course for a great season sitting unbeaten in the league and two semi-finals only for Covid 19 to end the season early,” McNeill added.

“So when this news (of the fine) appeared I thought it was a wind up to begin with but unfortunately not.

“We had a committee meeting yesterday (Wednesday) evening and decided to fight for our club and what a response.

“Kilrea United has been here long before me and will hopefully be long after me. It’s a very important part of our community and I'm just delighted we’ve been saved.

“Again I can’t thank each and every person enough for all the donations and help along the way. Now, I'm just looking forward to pulling on the Kilrea shirt and representing this fantastic club again.”

Lisburn league side TW Braga were also been hit with a similar fine and have set up a fundraising page.