'Stute live to fight another day 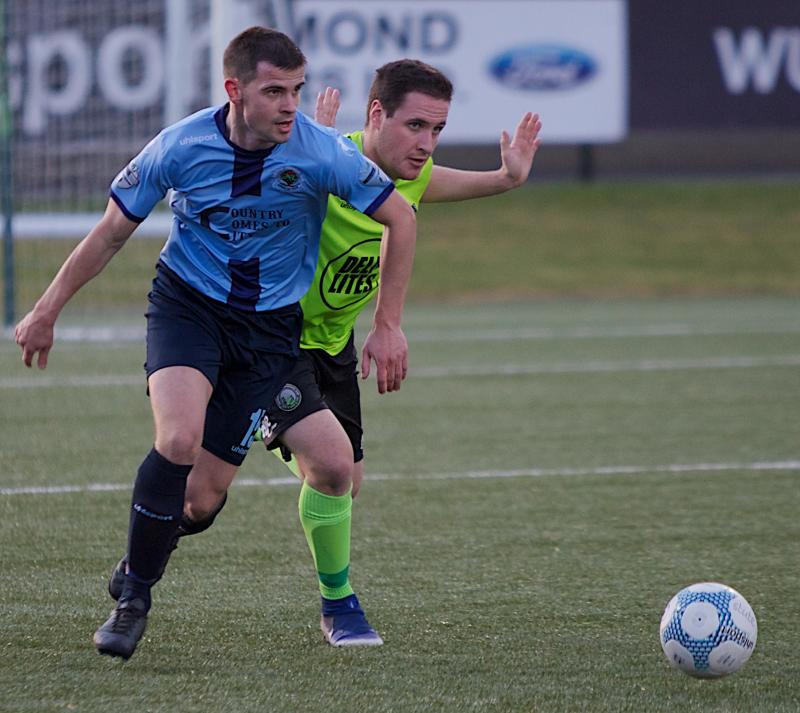 Institute kept their hopes of avoiding relegation alive as they refused to give in, leading to a frantic finale at Warrenpoint on Friday night.
Sean Connor's men are now preparing to host League Cup winners Coleraine at the Brandywell this weekend hoping that the inspiration gained from this fighting display can lead them to a much more optimistic end to the season.
Since December, 'Stute have been going downhill but Friday night offered a chance for redemption and despite falling behind in the second half, they refused to give in and came away with a point that keeps them right in the mix.
The goal which saved 'Stute was credited as an own goal from Gavin Smith, but it was no less than the visitors deserved after an impressive second half display.
Sean Connor brought in pair Colm McLaughlin and Oran Brogan for Alex Pomeroy and Aidan McCauley, who dropped to the bench as 'Stute took to the field for the biggest game of their season.
Warrenpoint were just as eager to get the three points as their opponents were and 'Stute keeper Rory Brown had to make a big save in the first minute, diving low to his right to keep out O'Sullivan's 20 yard driver.
The hosts built on that and they took the lead on 19 minutes as Brandon Doyle raced clear down the left before seeing his low cross finding O'Sullivan and his close range strike took a deflection off Dean Curry on it's way past Brown.
'Stute struggled to respond and they were fortunate not to fall two goals behind when Ryan Swan cleverly set-up Kealan Dillon, but his well hit effort from 12 yards rattled the crossbar.
With that, 'Stute began to bite back and they finally threatened ten minutes before half time when a James Henry corner found Dean Curry, but the centre-back's close range header was saved on the line by goalkeeper Gareth Buchanan.
With half time approaching, 'Stute struck back after Evan Tweed's superb right wing centre was mis-judged by Daniel Wallace and the alert Ahu Obhakhan made no mistake firing home from close range.
Half time 1-1
The boost of that goal took 'Stute into the second half with momentum and they began to dominate, coming close to taking the lead when Colm McLaughlin's left wing delivery found Tweed and the midfielder's powerful header from close range was superbly kept out by Buchanan.
Tweed, playing arguably his best game since joining Institute, came close again when his powerful left footed strike from the edge of the box was tipped away by the Warrenpoint keeper.
Tweed then contributed at the other end as he cleared off the line after Daniel Wallace's header had beaten Brown.
The game was beginning to get stretched in the closing stages and Brown made a stunning save on 75 minutes as he pushed away Kealan Dillon's sublime long range strike.
Warrenpoint scored what they thought was the winning goal on 84 minutes after a fantastic counter attack, which saw captain Wallace break out of defence before feeding Ryan Swan down the right and his cross was outstandingly guided home by the captain.
'Stute refused to give in though and to their credit they levelled in the last minute as Conor Tourish's effort was knocked into his own net by the unfortunate Smith.