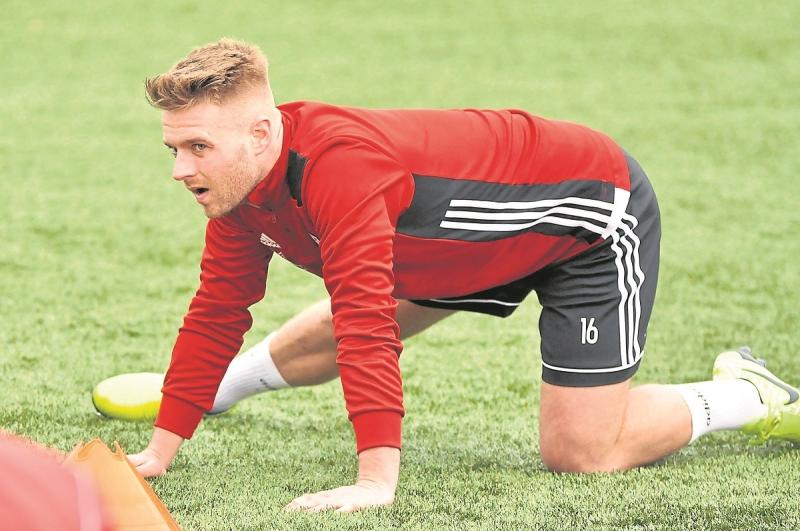 Conor Clifford has described Derry City's pre-season training schedule as one of the toughest he has ever encountered, as the players go through an intense schedule, the likes of which the new City midfielder has never experienced before.
The Candystripes travel to Drogheda United tomorrow for their first pre-season friendly game, before hosting Finn Harps at the Brandywell, next Wednesday, January 22. Declan Devine's team then host Institute on Tuesday, January 28 before facing Portadown at the Brandywell on Friday, January 13, just two weeks before the new season opener at Dundalk.
Given what he's experienced in the past fortnight, Clifford has no doubt that he and the players will be ready when the time comes.
“Every pre-season is tough,” he admitted. “I've done a right few in my career but this one has been right up there with the toughest I've done. I was training hard in the off-season and preparing myself but it's been really tough.
“We have been in nearly two weeks now and every day there's been double and treble sessions and we've been flat out doing different things. We did something there in the swimming pool the other day and I've never done anything like it. You feel great after it's over and done with but it's really tough.”
The games are now set to come thick and fast as City prepare to visit the champions on the opening day of the 2020 League of Ireland season, and Clifford agrees that hard work now could pay dividends at Oriel Park on February 14.
“Doing all the running is one thing but the best part is when the matches come because that's what you want to be doing,” he stated. “You can't wait to get out and play so we're all looking forward to the games coming now.
“It's going to come quickly now. “There's only six or seven weeks of hard pre-season training then the games come thick and fast. We start the season at Dundalk and it's going to be a great occasion.”

Eager to impress
Clifford is eager to impress at his new club, and having left St. Patrick's Athletic after 18 months at Inchicore, the former Chelsea youngster is hoping to establish himself at the Brandywell.
“I felt that last year was a good season for me because I played in every game and scored four or five goals and played and scored in Europe,” he explained. “The change of manager and the finances was out of my control but then I came here.
“Derry showed an interest and they are a massive club in Ireland and I think we can really do well this year. Europe is something to look forward to as well. I'm hoping that I can have a good season, I'm in good nick at the minute and there's a few weeks to go and I'm raring to go and I can't wait to get started.”