'Certain players in this football club need to start delivering...' 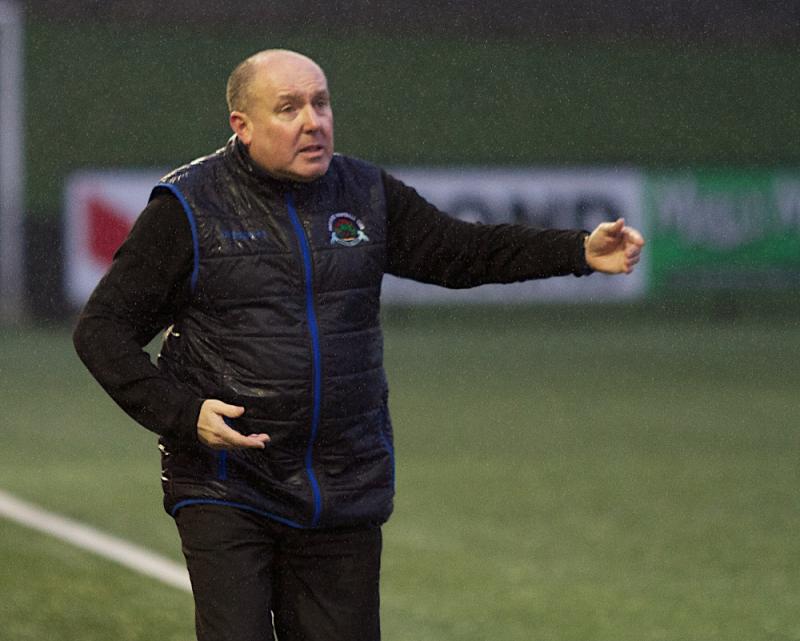 Sean Connor has lost patience with his players.
The former Sligo Rovers, Bohemians and Dundalk manager did not hold back after last week's Irish Cup defeat to Dungannon Swifts at the Brandywell, not only placing midfielder Niall Grace on the transfer list, but warning other players in the squad that they could follow suit.
'Stute enjoyed something of a 'bounce' in results when Connor was appointed, but performances and results alike have nosedived since the start of December, with seven defeats in eight games in all competitions. A 2-2 draw with Dungannon Swifts aside, it has been defeat after defeat for 'Stute, but more alarming for the manager have been recent displays, with games against Warrenpoint, Carrick and last week's cup tie increasing Connor's frustration.
“I had the players in for 30 minutes after the game,” he said. “I think this group of players think that if you're not coming in shouting and screaming at half time then you're not scolding. I've hit them with a few home truths and I didn't have to raise my voice.
“I told them exactly what they've done and where we're going. I said that when I first came in here I put in some structure and substance, we were working really, really hard and we were getting good results, but the more those results came in the more the players started to smell themselves and they think they are bigger than what they are and Dungannon was a culmination of four weeks of that.”
'Stute are in a real battle at the foot of the table, with only goal difference keeping them off bottom spot. That place is currently occupied by Warrenpoint, who have actually won twice as many games as Institute.
“The players need to show something,” Connor insisted. “Certain players in this football club need to start delivering because if they don't, then with whatever resources I have, I'll get players in who can, that's very, very simple.
“Staying in the division is more important than the cup, but I would have liked a nice cup run, I'm not going to deny that. I'm not going to sit and say that I'm happy that we are out of the cup because I'm not happy.
“Let's face it, we're not going to win the league so this club has to aspire to win cup competitions or going as far in cup competitions as we can.
“We should have applied ourselves better against Dungannon and if we had done that we wouldn't have found ourselves in the situation we did.

Changes
Connor has already added striker Alex Pomeroy to his squad, and he is ready to add even more unless he sees an immediate improvement in others. This weekend's trip to Glenavon gives those players a chance to show their manager that they not only belong to the club, but they they want to be at the club.
“Our strikers aren't taking chances quick enough, they're not reacting, we're not getting enough men in the box,” he explained. “He's the first of hopefully two or three more to come.
“The bright points against Dungannon were that we lifted it in the second half but we need to work as hard against the teams around us as we do against the top teams and that's clearly evident to me that we're not doing that. It's not through my lack of message.
“The game plan I had for Dungannon was not carried out, only in patches. They are doing things now that we don't work on the training ground; I don't know where they are coming from and that's causing us problems.”