Limavady take their unbeaten run to nine with victory over Randalstown 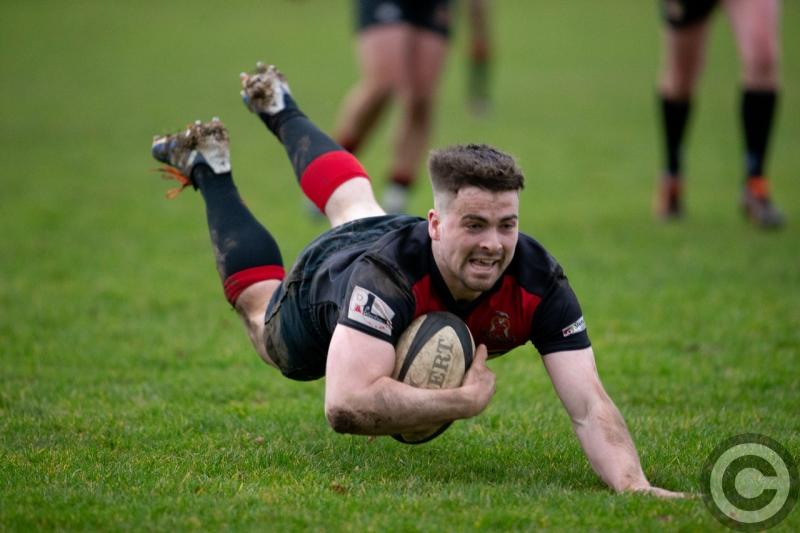 Limavady reached the half way point of the season this week when they entertained Randalstown at the John Hunter Memorial Grounds. Unbeaten this year to date they were keen to extend this run by a further game.

The first-half was poor with too many silly mistakes and turnovers. The scoreboard wasn’t troubled until the 31st minute when Jamie Millar managed to barge his way through for a score under the posts. Peter Wilson converted to give Limavady the lead by 7-0 and this was how it would remain until half-time.

A few harsh words in the half-time huddle had the desired effect and saw a much-improved performance in the second half. With only a few minutes gone, Jim McCartney chased down a kick ahead, drew his man and put Stewart Roddy in for a try. Peter again converted.

McCartney then got his name on the score sheet when he scored in the right-hand corner. An excellent conversion attempt by Peter from the touch line stretched the lead out to 21-0 and gave Limavady the breathing space they needed.

The home side were quickly back on the attack and it looked like the fourth try was about to happen only for a misplaced pass falling into the hands of Calum Hull on his own try line and he raced the length of the pitch to get Randalstown’s first try. The bonus point try however, was not to be denied and this was achieved when John McCollum dived in. Peter continued his successful day with the boot when he slotted home the conversion.

Limavady’s fifth try was scored by Stewart Roddy and was down to great vision by Jody McMurray when he executed an excellent cross field kick right into the path of the waiting Roddy and all he had to do was finish off the move. Conversion again successful. Randalstown did not let their heads go down and were awarded with their second try, when their scrum half broke down the blind side and fed inside to his half back partner, Tommy Holland who was able to run in and score under the posts.

Limavady would have the final say though when they scored two further tries, firstly by Jim McCartney, racing in for his fourth try in two games and finally Stephen Dickey getting his reward for a hard working performance.

Limavady’s next game sees a rematch of this one when they again entertain Randalstown in the first round of the Towns Cup, game scheduled for Saturday, January 11, 2020.