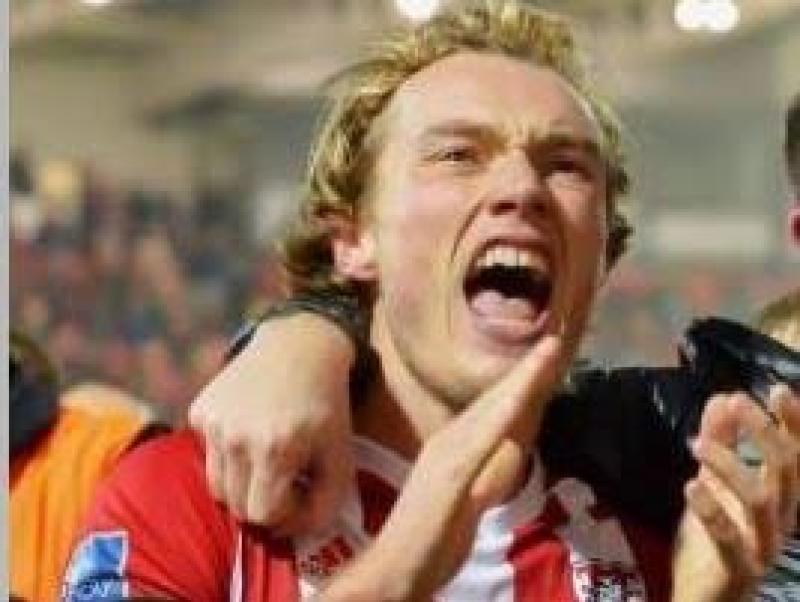 Greg Slogget on his way to Co Louth.

Greg Sloggett (23) will join the double winners Dundalk ahead of the 2020 season.

The central midfielder joins from Derry City, where he was an ever-present in the Candystripes side which finished fourth in the SSE Airtricity League, making 37 appearances in all competitions.

Before that, the central midfielder spent five seasons at UCD, claiming the first division title in 2018, and has made over 100 appearances in his career to date.

The Meath native becomes Vinny Perth’s first signing of the off-season, as the Lilywhites prepare ahead of their bid to win a sixth league title in seven seasons.

Sloggett said: "I'm delighted to get the deal done and I'm very proud to join the biggest club in the country. It's impossible to turn down the champions of Ireland. The success that Dundalk have had in recent years is incredible. It's something that I want to be a part of and to help bring more success to this club."

Dundalk FC head coach Vinny Perth said: “We are delighted to sign Greg to the club for next season. He is someone that we highly rate, we have monitored him throughout his time at UCD and we feel that the year at Derry City has really helped develop him. I think it’s important to mention the work that other clubs, in particular UCD, have done in developing Greg, and Derry City, who have been brilliant to deal with.

“Greg has not made an easy decision by coming to Dundalk, he had many other suitors but he decided to come here and that shows the mentality that we believe players have to have when they sign for our club. He is a fantastic athlete, a fantastic footballer and will be a massive asset to our squad ahead of next season, particularly in Europe.

“To be a great team you need great people and I believe we have signed a great person in Greg. He will push people in our group on and will improve the group. This is an exciting signing for us in our quest to remain champions of Ireland, so we look forward to working with Greg next January.”