The work is expected to last around four weeks. 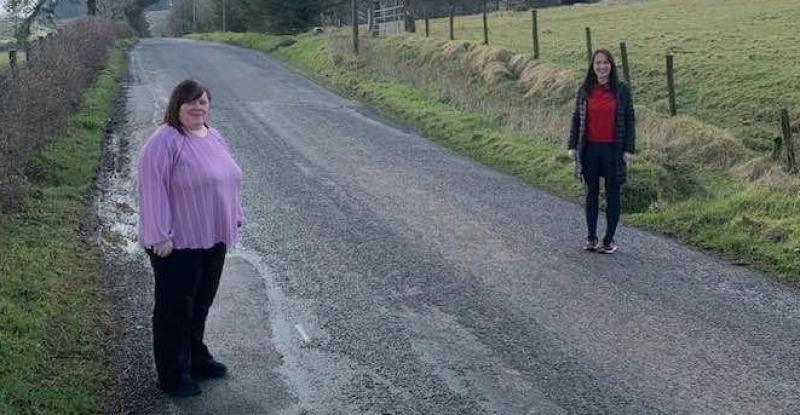 Resurfacing plans for the Sixtowns Road in Draperstown postponed earlier this year are now set to commence this week.

The state of the road, a main commuter route between Draperstown, Maghera and Omagh, has been the cause of concern for some time.

Local MLA Emma Sheerin welcomed the commencement of the work and has urged the community to be patient during the associated road closures.

“Myself and party colleagues Cllr Brian McGuigan and Cllr Catherine Elattar have been raising the issue of the Sixtowns Road and the need for full resurfacing for years now,” she said.

“We are constantly being told by residents that the state of the road is a hazard, due to its many potholes and uneven surfaces, and the fact that it is not on the gritting schedule every winter.

'This is a main route between South Derry towns such as Ballinascreen and Maghera, and Omagh, were many travel for work, and the state of this road has been a massive cause for concern for a long time.

“I want to thank the local section engineers who have worked to deliver this request, and ask people to be mindful of the very necessary diversions which will be in place for the next 4 weeks.

“Obviously, we understand that the complete closure to through traffic and local access in stretches will cause massive inconvenience in the short term, and we appreciate people's patience with this.

“However, given the width of the road the work cannot happen with vehicles travelling through, so we hope that all road users will recognise that this will be worth it in the end.”

Ms Sheerin also said she was hopeful the work could be extended to include a longer stretch of road in the area.

“I am delighted to confirm that work is beginning from the Blackrock Road junction down towards Ballinascreen, with the hope that the full road as far as Shibbys might get done this time,” she said.

“We are pushing for this, and as no other big projects are included in this year's schedule, there is a possibility that it could happen.”