The Ulster History Circle, who issue the plaques, is facing a significant backlog. 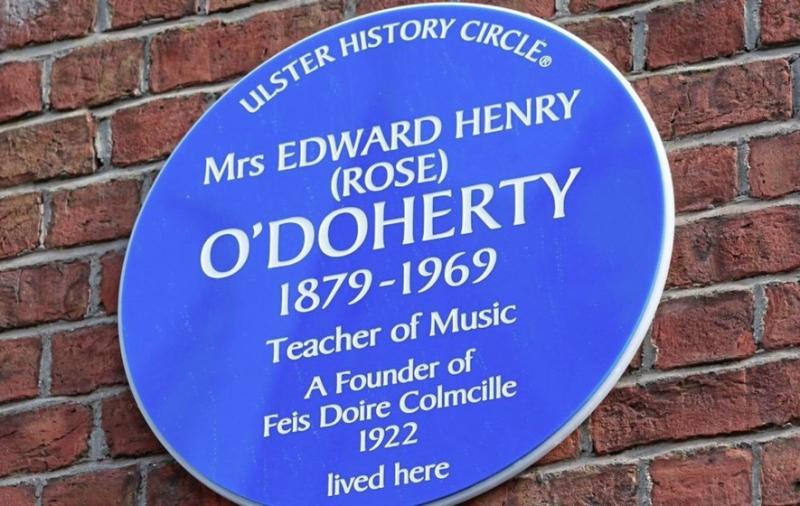 Nominations for commemorative blue plaques across Ulster are to be suspended indefinitely due to the Covid-19 pandemic.

A spokesperson for the Ulster History Circle, who award the unmistakable plaques dotted across the province's towns and villages, have said they are facing a significant backlog in applications.

"The Ulster History Circle has suspended its blue plaque programme and is not accepting any nominations for new plaques until further notice," they said.

"Our last plaque unveiling was in March 2020, and since then the Covid-19 pandemic has forced the postponement of those plaques planned throughout 2020 and then into 2021.

"The Circle is committed to a substantial backlog of plaque unveilings which we must plan and deliver, and also has an extensive list of future nominations.

"Until the advice from the Executive concerning the virus allows the backlog of plaque unveilings to be delivered, the Circle is unfortunately not in the position to accept any further nominations.

"The Ulster History Circle is grateful to those organisations who have funded the plaques to be delivered, and also thanks them for their understanding."

The decision formed part of a discussion at Causeway Coast and Glens Borough Council's Leisure and Development Committee after a motion was tabled to apply for a blue plaque in honour of Hercules Mulligan.

The Council opted for a heritage trail to be developed instead, despite a local historian's claim Mulligan was, in fact, a slave owner.