Derry charity dishes out an amazing 10,000 meals during the lockdown to vulnerable and disabled people 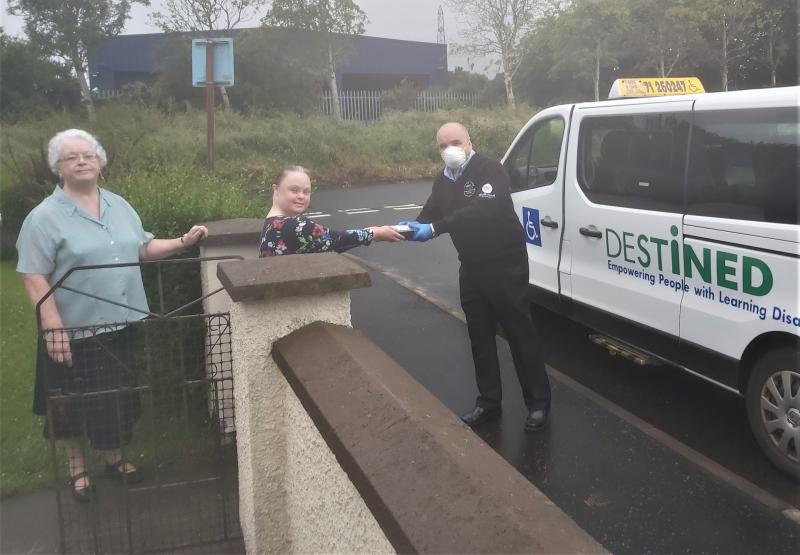 A Derry charity has delivered 10,000 meals to disabled and vulnerable people during the coronavirus lockdown.

From April 6, Destined, which supports people with learning disabilities, have been making and delivering meals.

Destined lost its own kitchen at its Foyle Road centre in an arson attack recently.

However, the principal of Long Tower Primary School, Joyce Logue, offered the local charity the use of the school's kitchen to cook hot meals daily to be delivered to people’s homes.

The group reacted to the needs of its members - many who have been in self isolation for the last three months and due to a lack of cooking skills were resorting to ordering takeaways each day.

Destined provided healthy nutritious meals each day that were delivered to each person’s door.

The orders were placed between 10am and 12noon each morning and the meals were delivered between 2.30 – 5pm in the afternoon.

Charlene Keenan, Destined general manager, said to deliver 10,000 meals throughout the city had shown that there is a 'real need for the service'.

“We identified a need for our members who are still self-isolating at home but who weren’t eating healthy food.

“Many don’t have the skills to prepare and cook a nutritious meal so we cooked a meal each day for them.

“We offered a choice of two meals each day and varied the menu throughout the week. Our service also allowed people to forward book from the menu.”

She continued: “We have decided to prioritise people with all disabilities not just from the learning disability community, older people particularly those living on their own and also families living in poverty.

“The service ran seven days a week and meals were delivered by Derry Taxis, which is the Destined social enterprise.

“Destined put a nominal £2 cost per meal and delivery was free.”

Charlene stated that the group had received very positive feedback on their service and people had stated that for some the contact with the Derry Taxis delivering the meal was their only conversation for the day.

This service was supported by funders such as the National Lottery, Halifax Foundation, NIHE, Coronavirus Aid Fund and a wide range of individuals and organisations.

Destined were also supported by a number of community organisations to deliver the service including Triax Neighbourhood Partnership, Outerwest Community Response Team, The Cosy Club and the WHSCT through its Strengthening Families Service.

Destined said that the meal delivery service is still operating and anyone who would like to order a meal can contact 07902 379 296.