Event continues despite the big setback 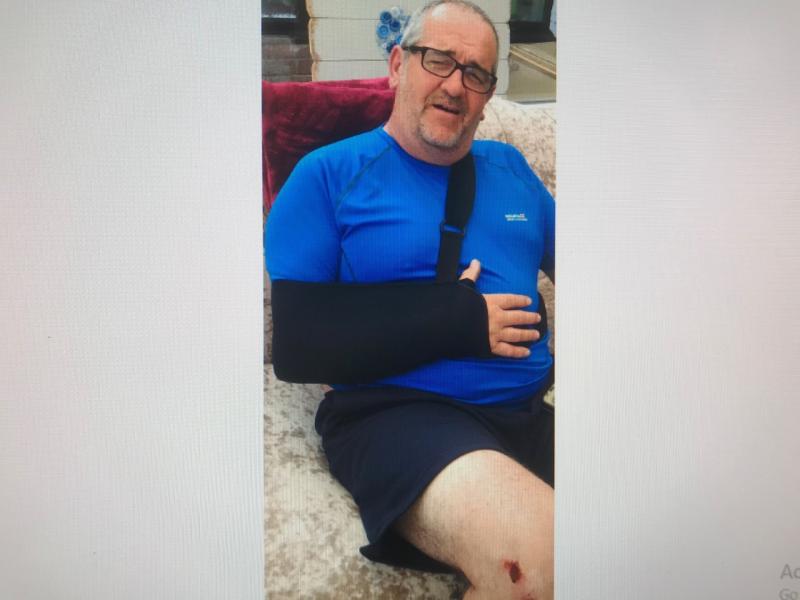 Paul pictured after his fall.

A fundraising initiative for Derry's most popular football team hit a bit of a problem last week.

Oxford Bulls were set up a number of years to give young people with Down's Syndrome a chance to play the game they love.

The team has since captured the hearts of many people and taken part in a number of tournaments, including the prestigious Foyle Cup in Derry.

Two of the club's biggest supporters recently decided to raise some money for the Oxford Bulls.

However, as with everything else, the coronavirus pandemic threw a spanner in the works.

Sinead and Paul Harley had originally planned to complete the famous Camino walk.

However, given the travel restrictions, they were unable to do this.

They then planned to do a sponsored cycle from Derry to Dublin and back.

However, again, this was not possible because of the coronavirus lockdown.

Not to be outdone, Sinead and Paul (setting off below) then decided to do a 500-mile sponsored cycle around the streets of Derry. 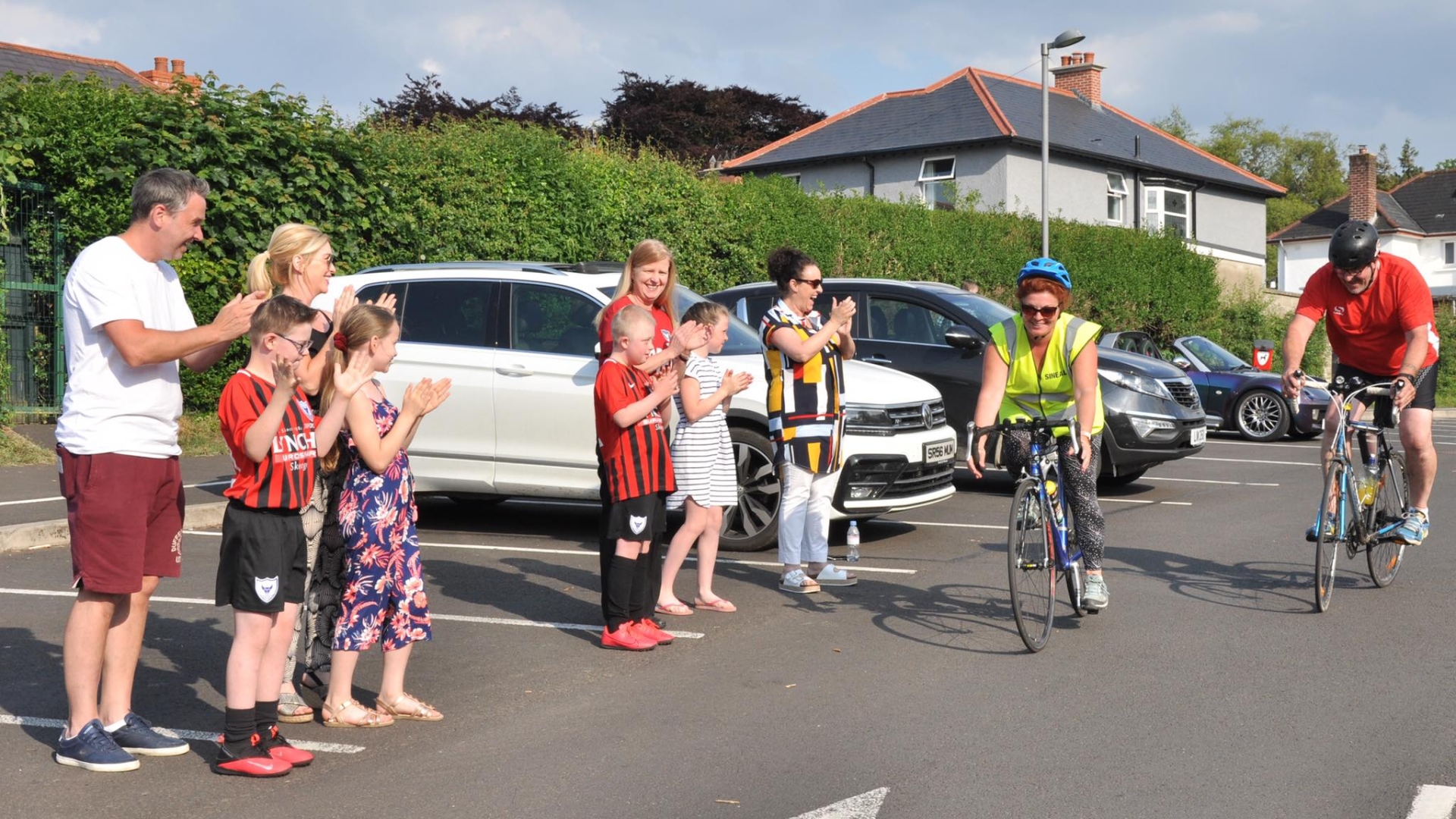 Things were going well and the miles were being clocked up.

That was until last Wednesday when Paul found himself in hospital after falling off his bike.

Paul was taken to Altnagelvin Hospital where it was revealed that he had broken his collarbone.

However, despite the setback, Sinead is continuing on with the sponsored cycle to raise money for the club which is close to her heart.

Her new wingman is Eoghan Moore.

A spokesperson for the Bulls team thanked Sinead, Paul and Eoghan for their efforts and wished Paul a speedy recovery from his injury.

Anyone who would like to make a donation to the cycling challenge can find all the details on how to do so on the Oxford Bulls Facebook page.