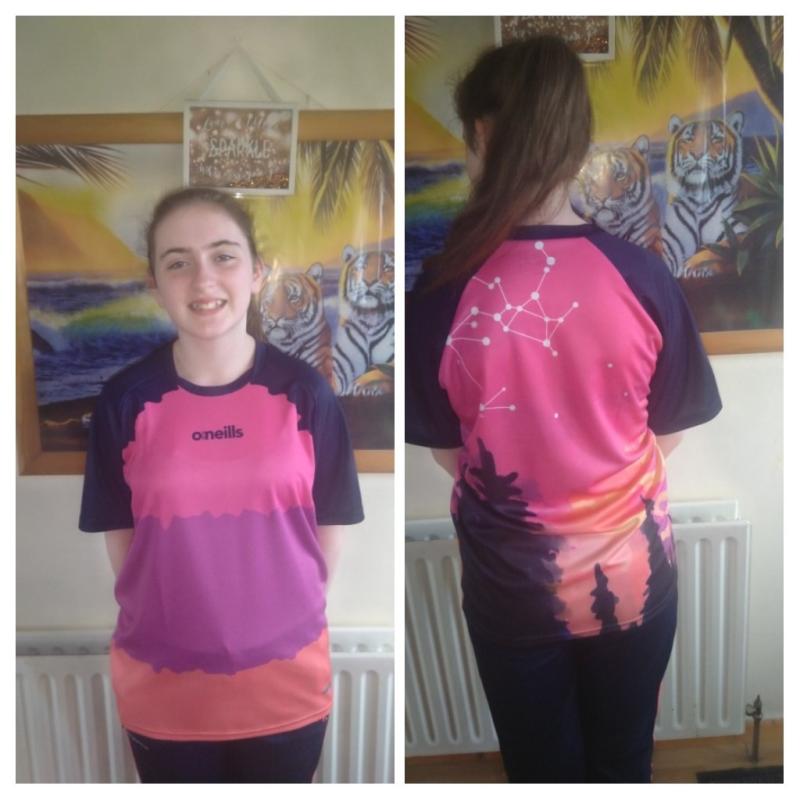 A County Derry schoolgirl has won a jersey design competition organised by O’Neill’s Sportswear for children during lockdown.

Naoise McCallion, pupil at St John Bosco, Ballynease, took the prize after her design, based on the Portglenone Forest nightscape, caught the eye of the judges.

The forest is one of the Primary 7 pupil’s favourite places.

“I decided that I would draw a forest background for my t-shirt since I enjoy going to Portglenone forest,” she said.

“I picked a few colours that matched my favourite colour which is orange. Then I saw an image of stars on the internet and thought it would be nice if I tried to recreate it on my t-shirt. 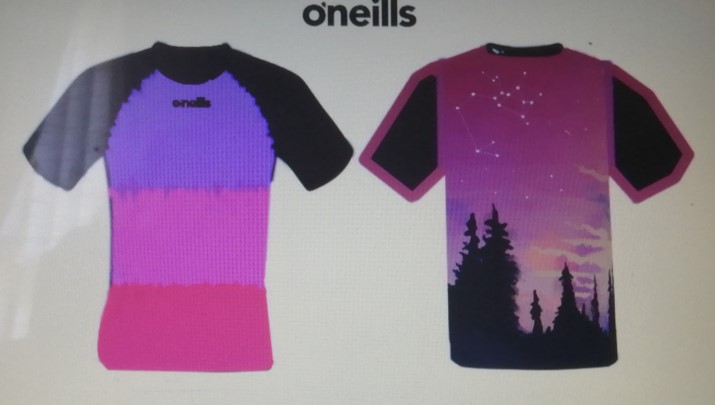 “I don't know what the constellation means, I just liked the look of it. After I finished my design Mummy sent O'Neills an email with the picture of the shirt.

“A few weeks later they had got back to her saying that I had won first place in the under 12s category.”

Her teacher, Marie O’Kane, said it was great to see Naoise using her creative talents.

She said: “A career in the fashion industry awaits. We are just so proud of her and can see why her design was a clear winner. Well done Naoise.”