The fundraiser took place before the Covid-19 lockdown kicked in. 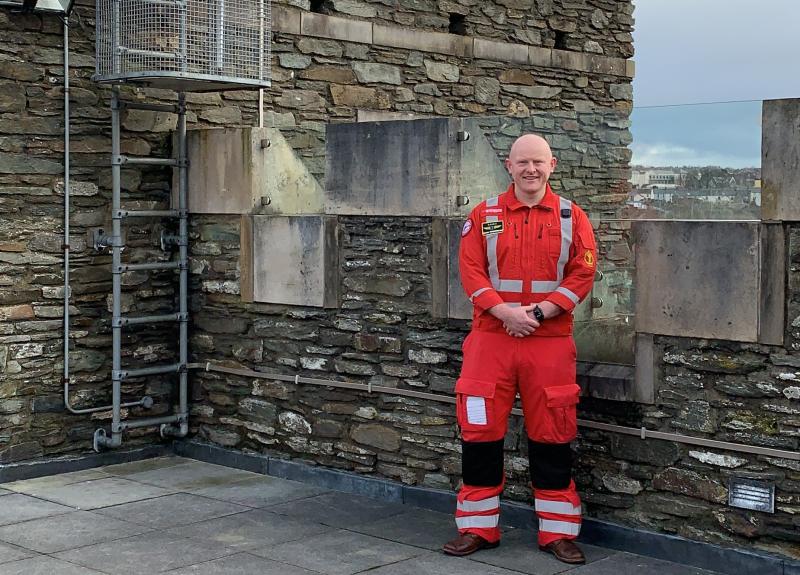 Jason Rosborough was among those who took part.

A group of fundraisers have braved the heights of an iconic building in Derry to raise thousands of pounds to support Air Ambulance NI.

The 37-strong group managed to raise £5,300 after abseiling down the Tower Museum building in Derry in the inaugural charity event at the beginning of March.

Money raised from the event will go towards the £2 million per year cost associated with running the life-saving Helicopter Emergency Medical Service (HEMS).

HEMS paramedic Jason Rosborough was among those who took part in the event and said the funds were vital to the running of the service.

“As a service we rely heavily on charitable donations to keep us in the air, delivering critical care to patients who have suffered trauma throughout Northern Ireland,” said the Eglinton native.

“With the sponsorship raised for taking on this exciting challenge, we have all done our bit to raise much needed funds for Air Ambulance NI.”

Earlier this year Jason told the County Derry Post why the HEMS service was so important.

He said: “The helicopter means we can deliver critical care interventions to patients that they wouldn’t get unless they were in a hospital department.

“We bring the hospital department to the patient and deliver those interventions that have the potential to save life.”

The service operates for 12 hours per day, 7 days a week and aims to reach anywhere in Northern Ireland within 25 minutes.

Regular donations allow AANI to better predict income levels to keep the helicopter flying and public support for the service is vital.

He said: “We are so grateful to everyone who took part in the Tower Museum Abseil, I put my fear of heights aside to join in.

“The event was a brilliant success for the charity and something we will run again when the time is right. As a charity we rely on the support of local people to keep our helicopter flying.

“With the current absence of fundraising events such as this one, I urge anyone who can to donate online or sign up to become a Club AANI member.”