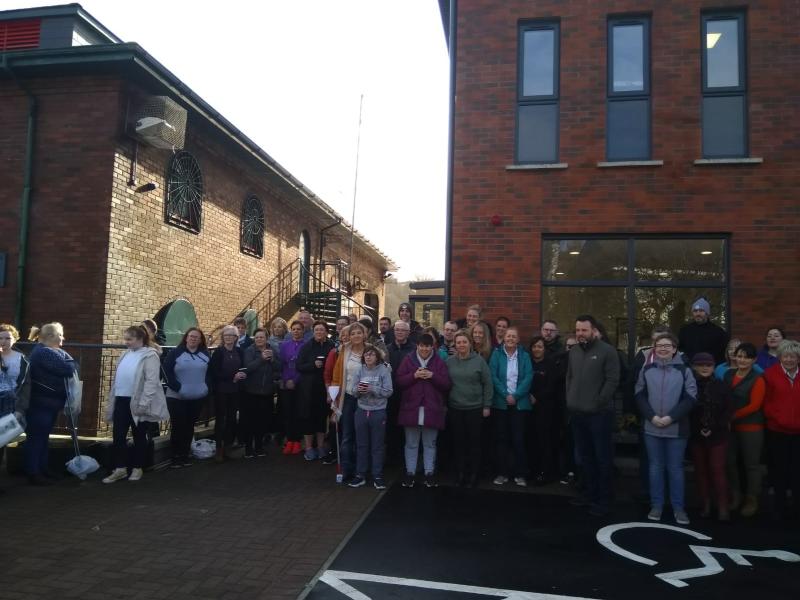 Some of those who helped with the recent clean-up at the Learning Disability Centre.

A fundraising campaign has been set up to support a disability centre in Derry recently badly damaged in an arson attack.

The Learning Disability Centre at Foyle Road suffered extensive damage in the attack earlier this month.

The centre provides a wide range of support services for people with learning disabilities.

After the attack, a large number of people helped clean up the centre.

Now, local man, Colm Dorrity has set up a Just Giving page to raise money for the centre.

Colm said: "This fantastic charity is crucial to the family and members in playing a supportive role in their lives. The charity has become a huge part of the community and they were devastated at recent events. Members and family of the charity describe this fantastic group as a lifeline.

"I have contacted the charity to advise that I would like to do some fundraising to help them get back on their feet and to rebuild what was damaged in the fires.

"With the help of others, we will be organising a charity spin class with details to follow.

"I saw several comments from concerned individuals who would like to donate a ‘few quid’ to help the charity repair some of the damages. I am setting up this Just Giving page as a way to donate."

You can make a donation here - http://bit.ly/2xqSgBB