Police and firefighters remain at the scene 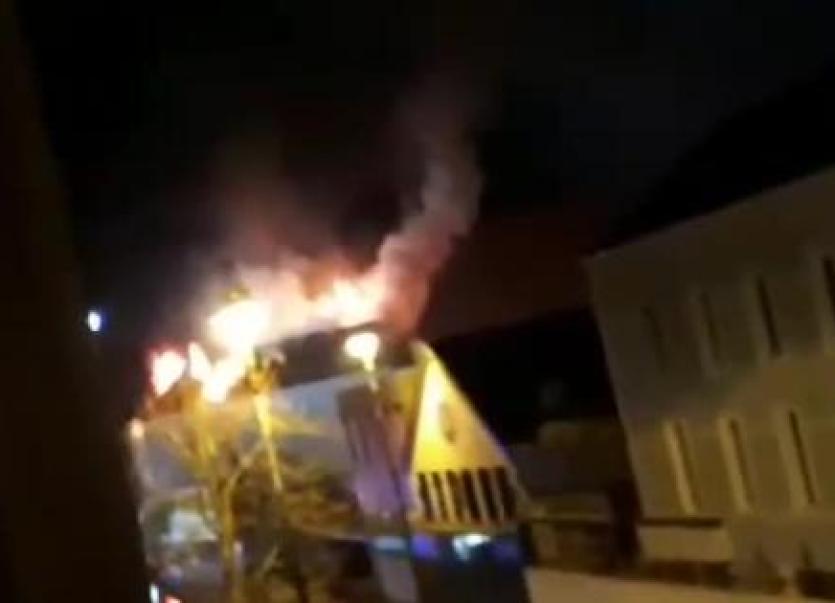 The fire at the Envy Nightclub at its height.

Police in Derry have begun an investigation into the the circumstances surrounding a fire which badly damaged a nightclub in the city last night.

Up to 50 firefighters tackled the blaze which broke out around 7.00pm at the Envy Nightclub on Strand Road.

A number of nearby buildings, including the North West Regional College, were evacuated and roads closed.

PSNI Detective Sergeant Gavin McLaughlin said: “Enquiries are currently ongoing to determine the cause of the fire and members of the public are reminded to avoid the area and to allow extra time for their journeys due to ongoing police diversions.
“I would ask anyone with information which could assist us with our enquiries to contact detectives at Strand Road on 101 quoting reference number 1523 09/01/20.