The defacement of a memorial to two of Derry's best known republicans has been branded “cowardly.” 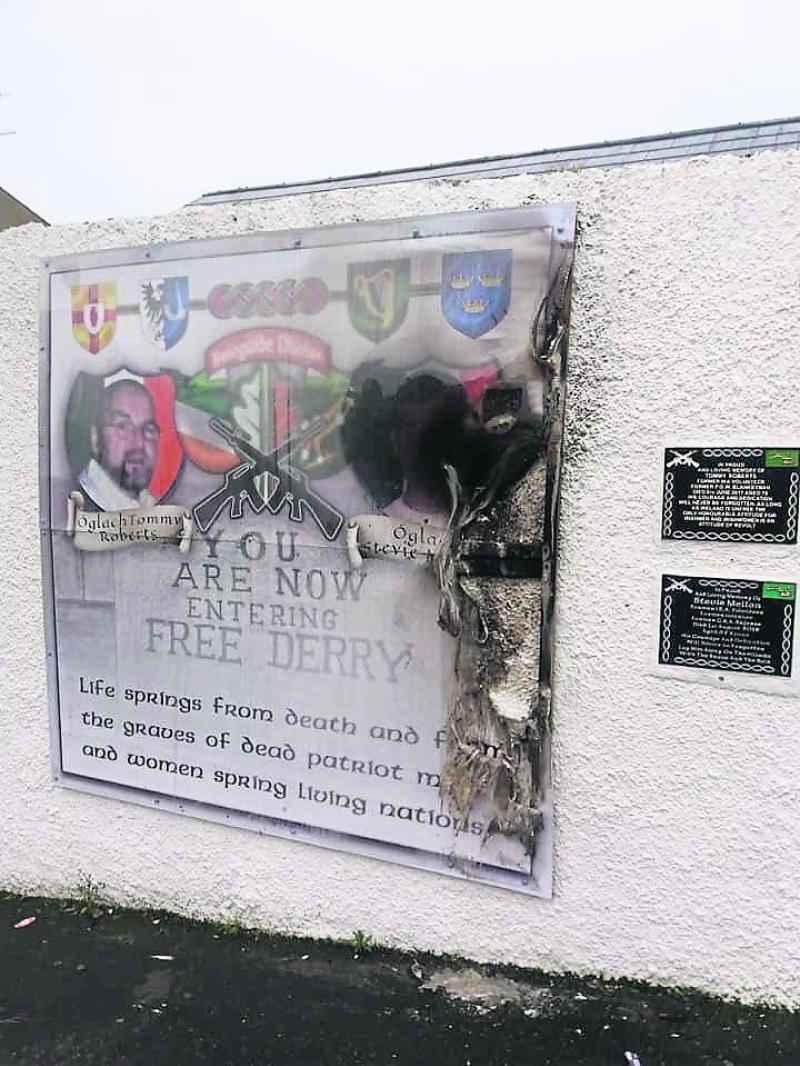 The damaged mural on Westland Street.

The defacement of a memorial to two of Derry's best known republicans has been branded “cowardly.”
The attack on the memorial on Westland Street in the Bogside area to ex-prisoners and former IRA men, Stevie Mellon and Tommy Roberts, took place in the early hours of Friday morning last.
Republican group Saoradh condemned the attack stating it was an attempt to destroy the memorial.
Spokesperson Paddy Gallagher said: “For reasons known only to themselves, the perpetrators solely attacked the image of Stevie Mellon.
“Stevie's family are still mourning the passing of their father, grandfather, brother and uncle after his passing away.
“In fact, Stevie’s children were still coming to terms with the loss of their loving mother a few months previous to their father's death.
“When Stevie was added to the memorial on Westland Street, his family fought back the tears of grief to attend the rededication.
“Understandably, the entire Mellon family circle are devastated by this targeted, mindless and hateful attack, not just in Stevie's memory but an attack on the Mellon family, carried out in the dead of night by cowards.
“What these cowards don’t realise is that nothing they do will tarnish Stevie Mellon's memory nor will it tarnish the Mellon name amongst republicans.
“The Mellon family have a long and distinguished tradition of republicanism in Derry and are held in high esteem not just in the city, but further afield.”
He concluded: “To deliberately attack a memorial in honour of a dead IRA volunteer is as low a deed as can be done but in spite of their cowardly actions,
“Saoradh will do what needs to be done to have this monument to two of Derrys finest sons back to how it was in a fitting tribute to these two fine examples of unbroken, unbowed and unrepentant IRA volunteers.”