This week's Throwback Thursday takes us to 2002 and the retirement of Bishop of Derry and Raphoe, James Mehaffey 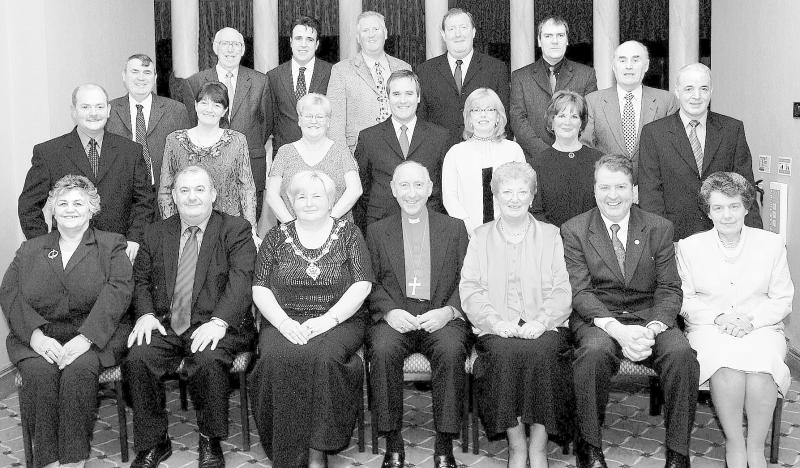 Rt. Rev. James Mehaffey, Bishop of Derry and Raphoe, pictured with councillors at a civic reception to mark his retirement in 2002.

Born on 29 March 1931 near Portadown in Co Armagh, Bishop Mehaffey was educated at  Trinity College, Dublin  and was  ordained  in 1955.[
He began his clerical life with  curacies  at St Patrick’s Church,  Belfast  and St John’s Church,  Deptford  after which he was a Minor Canon at  Down Cathedral.
He was  bishop’s curate  at St Christopher’s,  Belfast before serving as  the incumbent  at  Kilkeel  and  Cregagh  before his elevation to the  Episcopate.
He was elected Bishop of Derry and Raphoe on 27 June 1980 and consecrated on 7 September the same year.
As Bishop of Derry and Raphoe, he befriended and worked very closely with his Catholic counterpart  Bishop  Edward Daly, a collaborative ministry that was recognised when both bishops were awarded the Freedom of the City by Derry City Council in 2015.
Bishop  Donal McKeown  said at the time both bishops were "recognised for their enormous contribution to the common good and to the welfare of society at a difficult time when politicians weren’t even talking to each other.”
Bishop Mehaffey's presence at the funeral of Bishop Daly was widely reported and interpreted as a sign of the conviction and courage of both men.[
He resigned 31 January 2002.
James Mehaffey was married to Thelma; the couple had three children - Wendy, Tim and the late Philip. 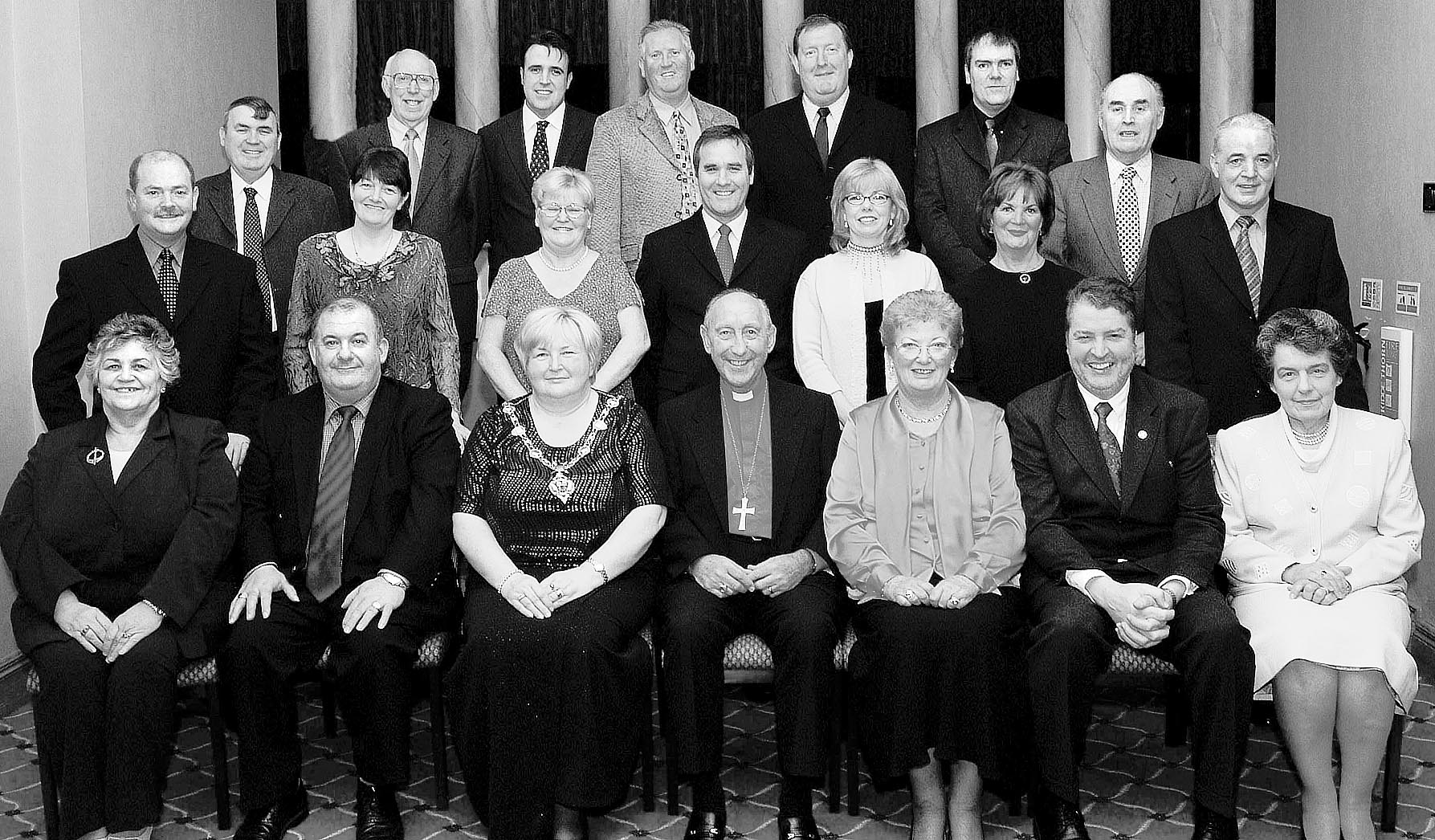