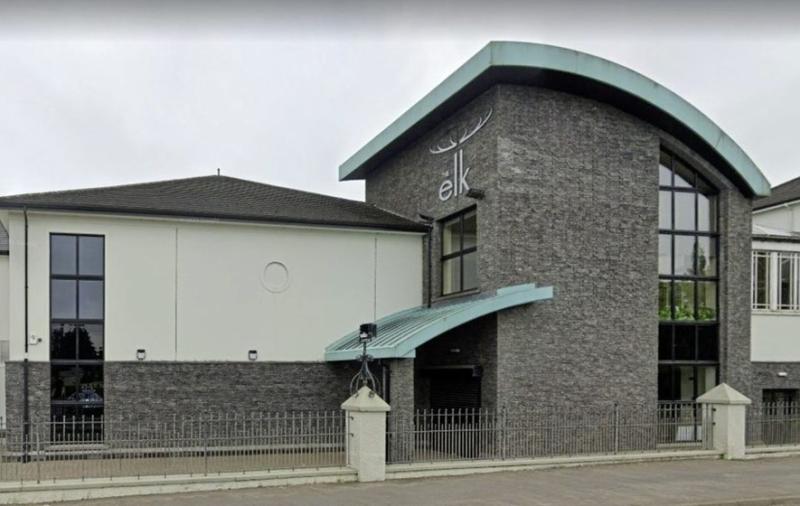 A judge has said a teenage disco run in County Derry last autumn was 'atrociously managed' as she handed down fines to both the company and employee involved.

The disco, run last year at The Elk, Toomebridge, attracted widespread media attention after complaints from parents of overcrowding during the event.

At Magherafelt Magistrates Court on Wednesday, representatives appeared from Creagh Concrete Products – who own the premises – and Aaron McHenry, who was managing the premises at the time.

Creagh Concrete Products as a company were charged with failing to ensure health and safety of employees and non-employees, breaching the maximum permitted numbers and failing to ensure the correct ratio of adult supervision.

Pleas were entered by the defendants to all charges, and prosecution began by outlining the background of the case to the court.

They said the event on November 5 2021, known as the 'Teen Elk', had an age range of 11-17 years old and was subject to the conditions of a Council entertainments licence.

The maximum number of attendees permitted under the conditions was 1,041, with a required supervision ratio of one adult for every 20 attendees.

Prosecution noted that would have required a total of 51 adult staff at maximum capacity, but records showed just 20 staff present on the evening.

Ticket sales for the event were carried out electronically, and a police officer used available CCTV footage to do a manual count, revealing 1,800 people were in attendance.

The court heard the Council had received a call on the evening and had requested a copy of the event management plan from then-manager Aaron McHenry.

On November 7, McHenry provided the details of the plan to the Council, and prosecution noted that complaints began to come from parents from November 8.

Reports included children feeling distressed, experiencing panic attacks, feeling the premises were 'too packed' and being unable to breathe properly.

The complaints triggered an investigation and at interview on December 8, Aaron McHenry accepted he was not experienced in nightclub management. 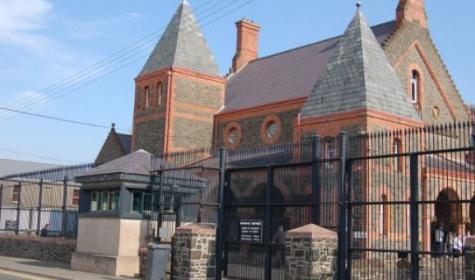 The defendants appeared at Magherafelt Magistrates Court on Wednesday.

The court heard it was clear from McHenry's answers during interview that he was not aware of the staffing requirements as laid out in the licence.

Prosecution said there were no reports of any injuries arising from the event, and pointed out that the children had 'behaved very well' in the circumstances.

CCTV showing a section of the premises leading to an outdoor area was shown to the court, with District Judge Oonagh Mullan shaking her head in disbelief on viewing the footage.

The footage showed staff at the event gathered on a set of stairs, leading the judge to comment that there appeared to be no system in place to reduce the numbers coming in.

Defence counsel pointed out that both Aaron McHenry and Managing Director of Creagh Concrete Products – Seamus McKeague – were present in court.

Counsel indicated that no emergency services had been called to the incident, and that it had not required the shutting down of the event at the time.

Explaining the background of the business, defence said it was a 'focal point' locally due to its central location, and that it had served the south Derry community for 'very many years'.

They said Creagh was a 'major employer' in the local area and that The Elk was an 'ancillary business' that had been well-run apart from the incident in question.

The court heard that the business had actually de-licensed the portion of the premises in which discos were held in order to continue to service the teenagers of the local area following a change in the law.

Referring to Aaron McHenry, defence said he had relevant bar experience, having previously run a premises in Ballycastle, and noted he was a son-in-law of Managing Director Seamus McKeague.

Since the incident, McHenry no longer has the same role, instead working as a site manager for Creagh in Inverness, but accepted he 'fell short' of expectations on the night of the incident.

They said the company accepted he had not been given sufficient support in terms of training, instruction or staffing.

Counsel said the disco had been the first event in over 18 months due to Covid, and that The Elk were 'inundated' with requests for tickets, resulting in it being 'oversold and over-attended'.

They said the video showed a 'pressure-point' during the event that had occurred after attendees flocked to new stage, the attraction of which had 'not been anticipated'.

Defence said the incident resulted in a 'perfect storm' and that the pressure-point had not been managed sufficiently.

They pointed out that The Elk had been 'decimated' as a result of first Covid and then the event in question, and that Seamus McKeague had taken the incident 'very personally'.

Counsel noted he had been working with both the Council and police to ensure this kind of incident did not happen again.

The court heard Seamus McKeague had described McHenry as an 'exemplary employee' and accepted that overall responsibility lay with the company.

Defence said McKeague was 'fully cognisant' of how fortunate it was that there had been no casualties as a result of the incident, and that he was 'horrified' it had happened 'in his name'.

Judge Mullan told McHenry that anyone in his position should have been aware of the conditions imposed by the entertainment licence.

She said the defendants were 'very fortunate' that there had been no injuries or fatalities as a result of the incident, and that it was 'atrociously managed'.

Turning to McHenry, Judge Mullan said he had been 'naïve' and did not have the expertise or background required for this kind of event.

She fined the defendant a total of £5,000, alongside an offender's levy of £15, deciding against imposing any custodial sentence.

In relation to Creagh Concrete Products, Judge Mullan issued fines totalling £20,000, and ordered the company to pay court costs of £8,086.

She warned the company that if they were going to continue with the business they needed to ensure they had 'properly qualified' people employed.

A spokesperson for Mid Ulster District Council, who brought the case, said they take 'robust action' on alleged breaches of entertainment licences.

“Mid Ulster has a growing night-time economy and this is something which the Council encourages,” they said.

“However, where there is the potential for the public's safety to be at risk and where there have been alleged breaches of any licence or health and safety, or existing conditions, the Council will take robust action.

“The suspension of the entertainment licence, the prohibition of underage events at the premises and today's ruling confirms that overcrowding, or any other breach of duties under health and safety or entertainments licence will be acted upon, as public safety is paramount.”