The group said Translink's solution was neither 'sufficient or feasible'. 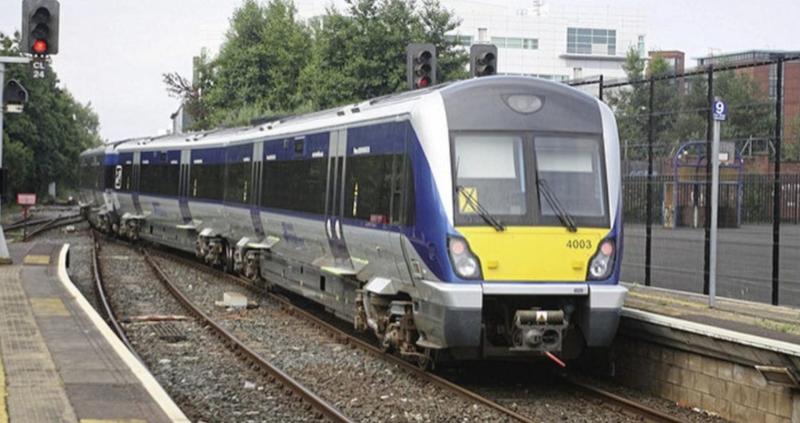 A campaign group have described Translink's response to the 'debacle' created by their arrangements for rail travel to Derry's All-Ireland semi final as neither 'sufficient or feasible'.

Translink yesterday confirmed they would put on a later train to transport passengers from Belfast to Derry on Saturday evening after the 'special' train from Belfast to Dublin returned to Lanyon Place.

The move would allow passengers to make a full return journey from the Maiden City to Derry's All-Ireland semi final clash against Galway at Croke Park, albeit with a change of train in Belfast.

However, campaign group Into the West, while welcoming the change, said it highlighted the broader issues facing those in Derry wishing to use the train.

"We're grateful to Translink for listening to the concerns of ourselves & people across county Derry. Whilst this change is welcome, we don't think it is sufficient or feasible," said Steve Bradley, Chair of Into the West.

The company say a connection to Derry will be available.

"No-one from Derry will be getting the train up from Derry to connect with the Special service from Belfast, as it would have left them stranded in Belfast on the return leg.

"So they'll have already made other plans. And people who travel from Derry to Dublin by other means won't suddenly switch to the train for the return leg.

"Running an almost empty connecting train back to Derry at 11pm as a last minute change would therefore be pointless - and we'd be concerned it could also be used to claim there is no demand for direct trains from Derry.

"Our position remains that if it's for Derry it should both start & end in Derry".

"This whole debacle also raises an important broader issue. The reason Translink are having to arrange an additional late connecting train is because the last service from Belfast to Derry leaves Great Victoria Street at 9:10pm every night (7:10pm on Sundays).

"That means rail just doesn't work for anyone from NI's second biggest city going to Belfast for a concert or a night out.

"What makes it even worse is that later trains do run from Belfast on the same line every night until 10:40pm - but only as far as Coleraine.

"Why is Derry and the West being discriminated against in this way? This second-class rail treatment has has gone on far too long, & must now be brought to an end by all concerned."