The company say a connection to Derry will be available. 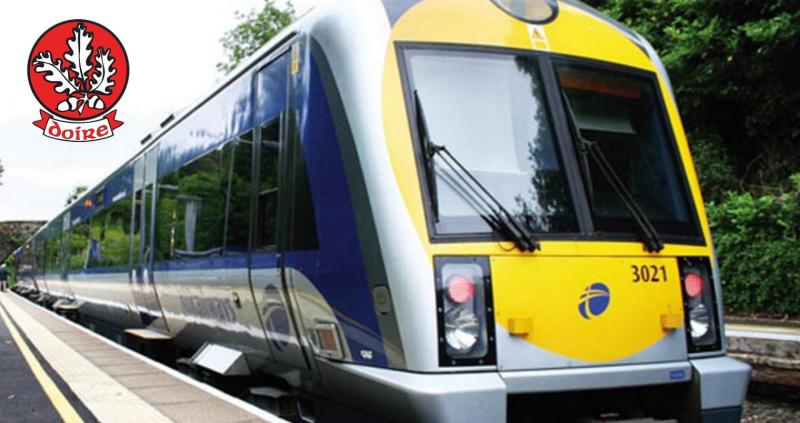 Translink have confirmed they will run a connecting train from Belfast to Derry for their GAA special to Dublin for the Derry v Galway All-Ireland senior football semi final on Saturday.

Earlier in the week a petition to run the special train as a Derry-Dublin service had been launched by rail campaign group Into the West.

Translink had said they were continuing to monitor the situation, and this afternoon announced an extension to the return of the journey, with existing Saturday services available to transport supporters from Derry to Belfast included in the updated price.

"We are operating a number of transport options to the GAA all Ireland football semi-final in Dublin on Saturday," said a spokesperson.

Ballinascreen's Benny Heron has become something of a cult hero.

“There are coach specials leaving Foyle Street in Derry~Londonderry, Dungiven and Maghera to Dublin.

“A rail special is also running from Belfast to Dublin (return) with connections off scheduled rail services to connect with this special and capacity on these is being enhanced to cater for the expected increase in demand.

“We have been monitoring the bookings for this rail special and can now confirm we will operate a train service to Derry~Londonderry to connect with the special from Dublin for the return journey. 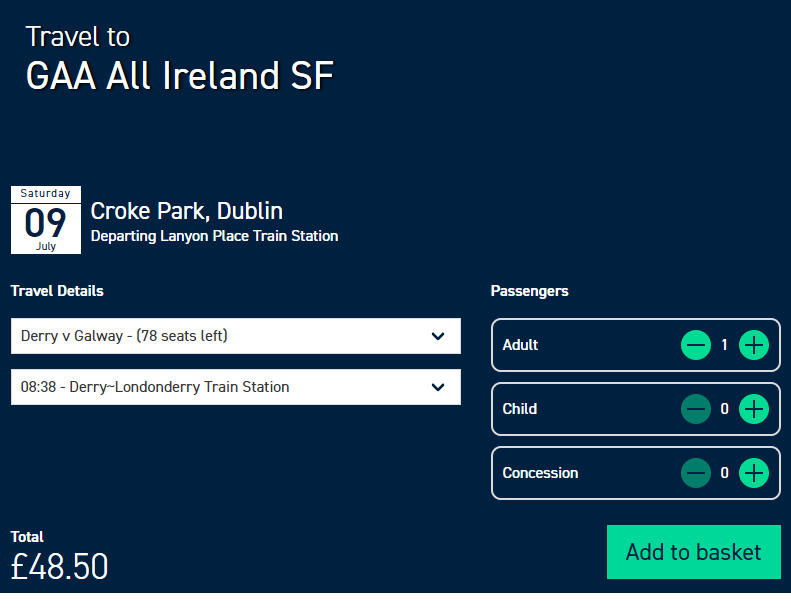 A screengrab from the Translink website showing the updated service.

“This is an exceptionally busy holiday weekend. Many people are taking holidays using cross-border services and we are also committed to operating additional special coach and train services to concerts in Dublin.

"As such we are operating at maximum capacity of the timetable and infrastructure we have available.

“Many of these special services are now sold out and so anyone travelling this weekend cross-border should ensure they pre-book their ticket to travel."

All of Translink's special bus services for the match are currently sold out, with just 91 seats remaining on the train service, which will depart Dublin at 8.49pm on Saturday evening.

I've asked when this will be advertised &available to book. Also asked that alternative options for Derry- Belfast leg are well signposted

In response to correspondence from Sinéad McLaughlin MLA, Translink said 'more flexibility and capacity' would be available if Derry were to reach the All-Ireland final.

Following queries from Derry Now, a Translink spokesperson said there would be an option to buy from Derry to Dublin, albeit with a change of train at Lanyon Place.

The return journey from Derry to Dublin is priced at £48.50.