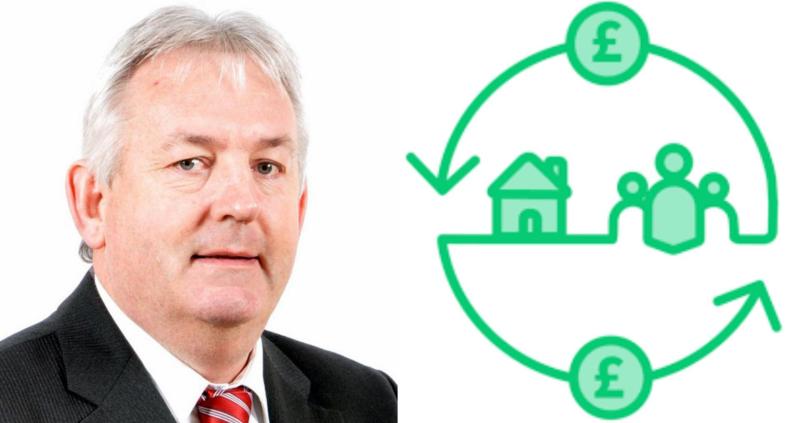 A County Derry councillor has questioned the DUP's differing views on a community wealth building scheme across neighbouring council areas.

Cllr Sean McPeake expressed disappointment that the party had opposed a Sinn Féin proposal to Mid Ulster District Council that a fully funded community wealth building framework would be developed.

Community wealth building is a people-centred approach to local economic development, redirecting wealth back into the local economy and placing control and benefits into the hands of local people.

The Council voted to move forward with the initiative, but opposition from the DUP led Sinn Féin's Cllr Sean McPeake to question their motives.

The party's delegation in neighbouring Causeway Coast and Glens Borough Council had proposed a similar initiative in August 2021, which was unanimously passed.

"I was delighted to be able to second Councillor Brian McGuigan's motion and that it was approved by a majority of members of Mid Ulster District Council," he said.

"The decision to develop of a Community Wealth Building framework which has the potential to democratise our local economy through empowering community organisations, social enterprises and cooperatives is very much to be welcomed, especially in the midst of the spiralling cost of living crisis which we find ourselves in.

“Developing and supporting projects tailor-made to suit the socio-economic needs of the citizens of Mid-Ulster is the valued prize which we have embarked upon with the adoption of this motion."

"The DUP’s actions at the recent council meeting has possibly more to do with which party was proposing the motion, rather more than what was the substance and the spirit of the proposal," he said.

“Needless to say, this is very disappointing. For us in Sinn Féin, our focus will remain on people, place and planet.”

During the meeting, the DUP's Cllr Paul McLean told members that the party needed more information on how the scheme would be funded.

"In theory, at face value, there doesn't seem to be a lot wrong with the motion, and the principle of community wealth building sounds very plausible and very good," he said.

"It's something I believe councillors right across Council would support, however, for us as a party, we've looked at it in a bit more detail and we think really the devil is in the detail.

"Where it says 'this Council commits to developing', I would like to see, hear and understand a bit more about how this is going to be funded, how much it will cost and the outworkings of it.

"I would suggest it goes back to the Development Committee so Council can be more informed about how this will develop. It's like going and buying something without knowing the cost of it, that's where I have a difficulty."

The proposal was passed following a vote in the Council chamber, with DUP councillors voting against and UUP councillors abstaining.