The talented 11-year-old has also performed in several stage shows. 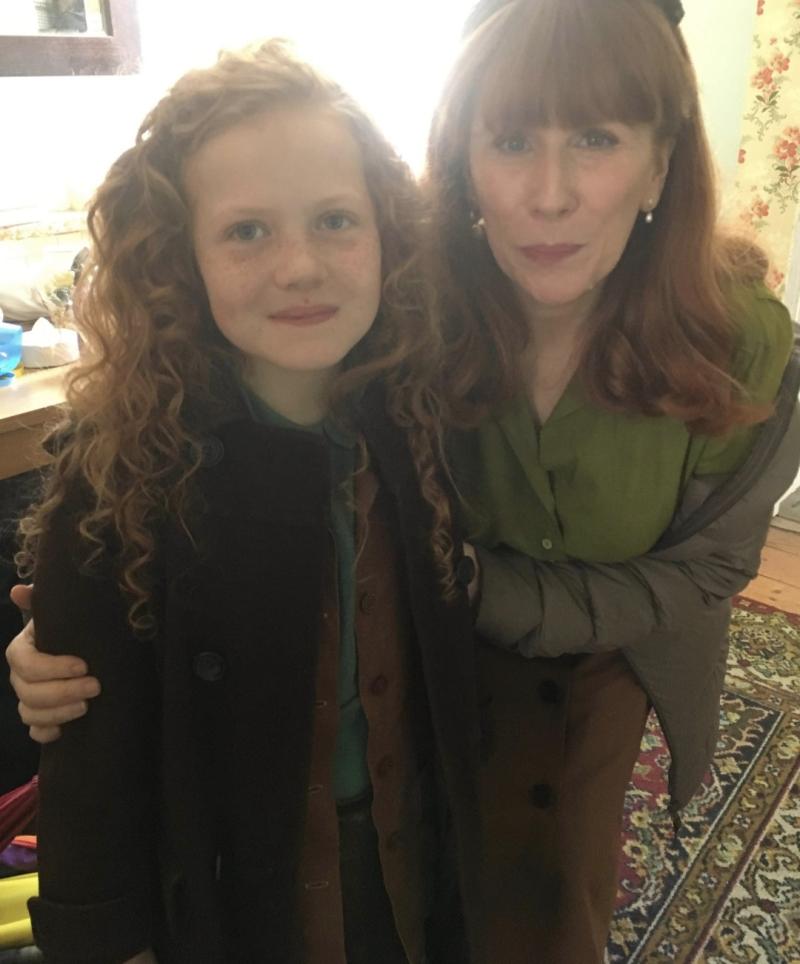 A Warner Bros movie which features a young girl from County Derry is set to hit cinemas across the UK and Ireland later this month.

'The Nan Movie' starring comedian Catherine Tate and Matthew Horne (Gavin and Stacey) is due for release on March 18.

The film version of the popular Catherine Tate character 'Nan' focuses on the backstory of the pensioner who goes on a roadtrip to Ireland with her grandson (Horne) to mend her relationship with her estranged sister Nell (Katherine Parkinson).

Also making her big screen debut in the film is 11 year-old Carla O'Brien from Greenlough, who attends Belfast School of Performing Arts.

The south Derry girl, who has performed in several stage shows, including Matilda and Annie, plays a younger version of Tate's character in the movie which was filmed pre-covid.

Explaining how the opportunity to play the key role came about, Carla's proud mum Áine told the County Derry Post that they replied to a casting call looking for an eight year-old red head.

“There was a call-out, it had actually popped up on my Facebook as well but Belfast School of Performing Arts had seen it too, looking for an eight year-old red head.

"That's all that we knew. So her photo was sent in and we found out then that it was something to do with the comedian and actress Catherine Tate,” said Áine.

“Once her photo was sent in I suppose there was a bit of a resemblance. She had the look that they were looking for and we were sent the script and she had to learn her piece in a Cockney accent which made it all quite interesting.

“She has attended loads of auditions and castings for different bits and pieces and this was just going to be another one on the list that we were going to.

"We went down to Dublin and she had to learn a bit of the acting routine that she would be doing. Next thing we got the call that she had got the part.

"It was only really when filming started that we realised that it was going to be Warner Bros and exactly what was involved. Of course I couldn't say anything. It was all filmed well before Covid and it was due for release in June 2020 but then Covid hit.” 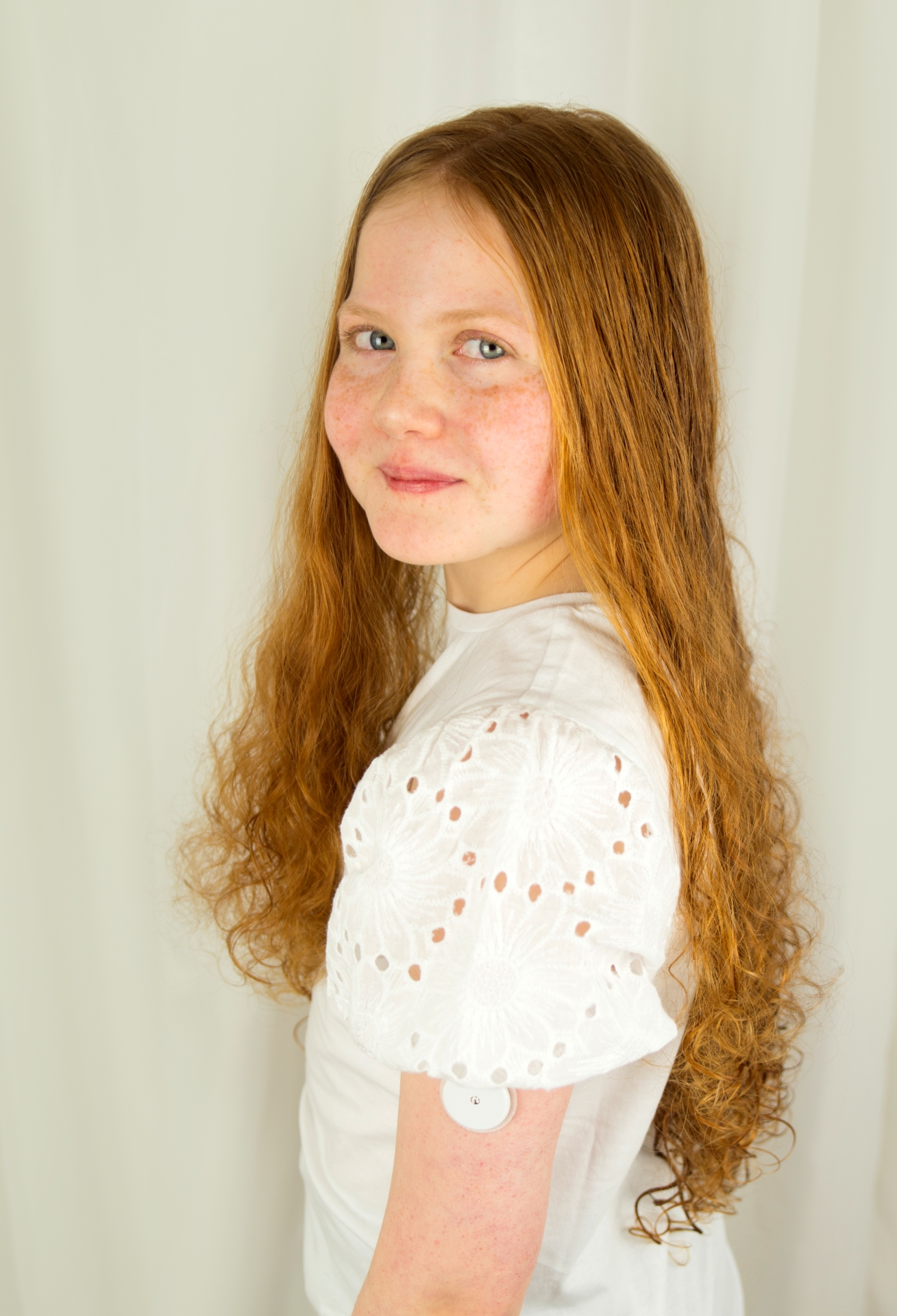 Carla O'Brien features in the movie which is set for release later this month.

Áine said Carla, a primary seven pupil at St Mary's Primary School in Greenlough, had 'a fantastic few days filming among the stars in Dublin'.

“It was an amazing experience for her,” continued Áine.

“She absolutely loved it. They were so well taken care of. I was there on set every day and Carla just did what she needed to do - she doesn't get too fazed by anything. It was just an amazing experience to be part of.”

With the film due for release in less than three weeks time, Áine and husband Eoghan, who owns The Bannside Pharmacy in Portglenone, and their eldest son are sure to be at the front of the queue at their local cinema in Maghera.

Unfortunately for Carla however, she'll just have to wait a little longer to see herself on the screen.

“It's 15 certified film and unfortunately Carla won't be able to see herself on screen. That's just the way the cookie crumbles – Carla has three brothers as well and there's only one child old enough to go but she'll see it at some point,” said Áine.

GPs need to get 'back to business' says County Derry candidate

The Dungiven man has said the current system is 'unacceptable'.

For Eoghan and Áine, getting to see their only daughter star in a film is something they could never have imagined just four years ago when she was left fighting for her life in a Belfast hospital.

Carla became very poorly after being sent home from school with flu-like symptoms in January 2018.

After a few days, Áine noticed that her daughter had not recovered and looked as though she had lost weight.

Áine, an Irish medium primary school teacher, became even more concerned when lying beside her daughter the following night she noticed that her breathing was erratic and her heart was racing. 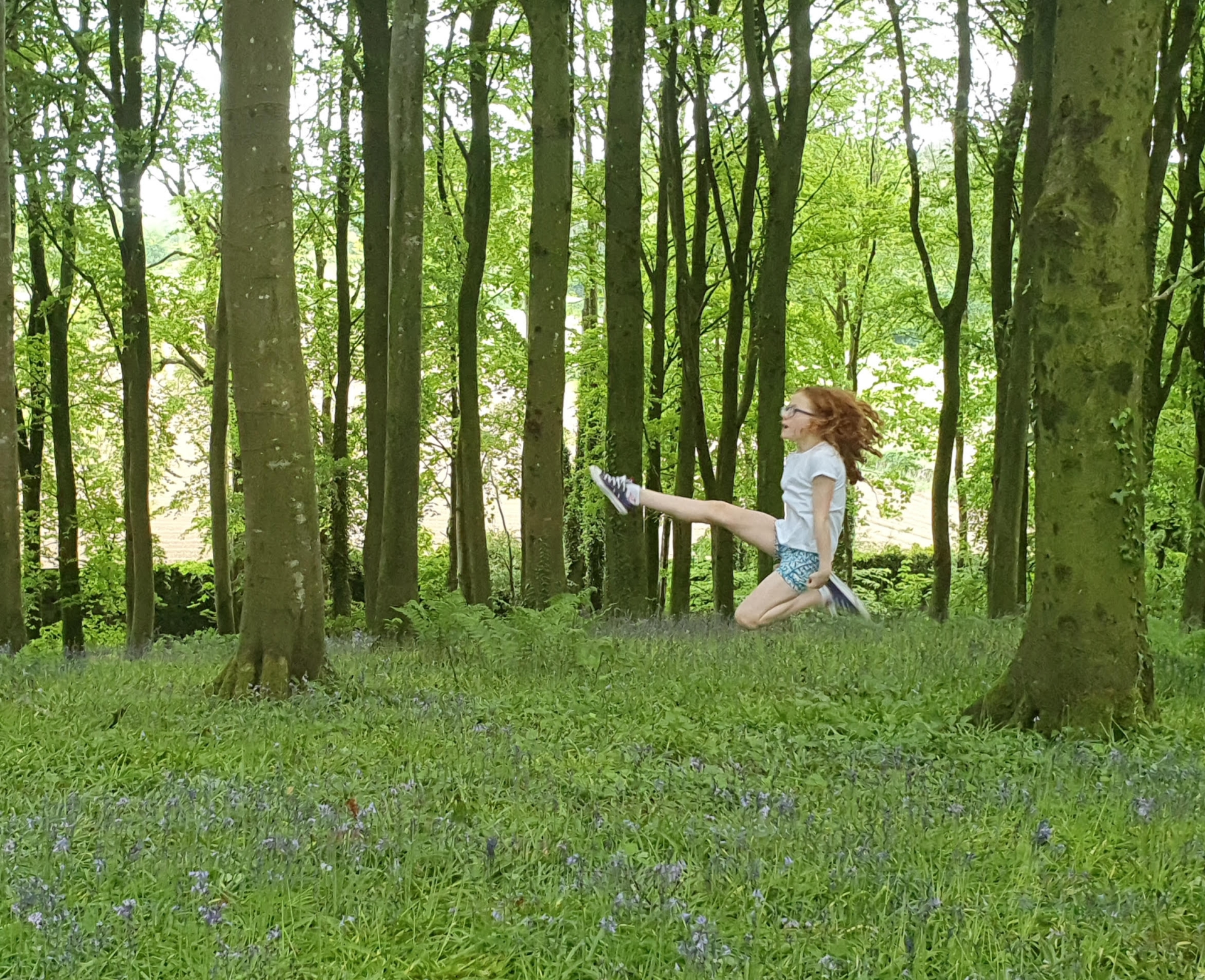 Carla is also a talented gymnast, Irish dancer and camóg.

What the couple didn't know was that the flu had actually exacerbated an underlying condition - type-one diabetes.

“We brought her to Antrim Hospital as she just wasn't herself,” said Áine.

“We thought it was a bad dose of the flu. Next thing there were seven doctors working on her. The consultant from The Royal was on the phone giving instructions.

"They worked on her and kept her stabilised in Antrim Hospital for the day. Then at 9.30pm or so that night she started to deteriorate quickly.

"She couldn't hear us, the eyes went back in her head and she was losing consciousness. That was the cerebral edema – the fluid going to the brain.”

After being blue-lighted straight to The Royal Hospital, Carla spent ten days fighting for her life in intensive care where medics 'brought her back to health'.

After staying in hospital for just a few days short of a month, Carla was eventually allowed home however her journey to recovery was only just beginning.

“Because she had this bad strain of the flu, the symptoms that she had overlapped the stages of type-one diabetes and you can easily mix up the two.”

It is understood Carla had diabetic ketoacidosis, a serious condition which can occur in people with diabetes if their body starts to run out of insulin.

“Carla was at the acute ketoacidosis stage – she was at the very end basically. She was down to her last two hours. We got her to hospital between 11 and 11.30 and the consultant in The Royal that night told us she wouldn't have survived until lunchtime, that's how close we were,” recalled Áine.

The situation that Carla faced back then has made her 'stronger' and more 'determined' according to her mum.

“After what Carla went through it just makes life so simple, it puts things into perspective. Ever since then life has just been for living and enjoying and grabbing every opportunity by the horns and Carla just lives life to the full, said Áine.

“She's a very busy girl, she's involved in an awful lot. She does competitive gymnastics and a lot of competitive dance.

“She is currently training for the British Disability Championships. She does gymnastics three evenings a week in Ballymena with Valdez Gymnastics. She does Irish dancing and plays camogie.

"She is also filming an educational series at the minute called 'Mission Not So Impossible'which is set to be released into schools in September.

“Carla is just a great wee thing who has bounced back, she's very strong-spirited and a very determined wee fighter,” added Áine.

'The Nan Movie' will be shown at local cinemas from March 18.

Brendan clinched the jackpot with his very last drop.