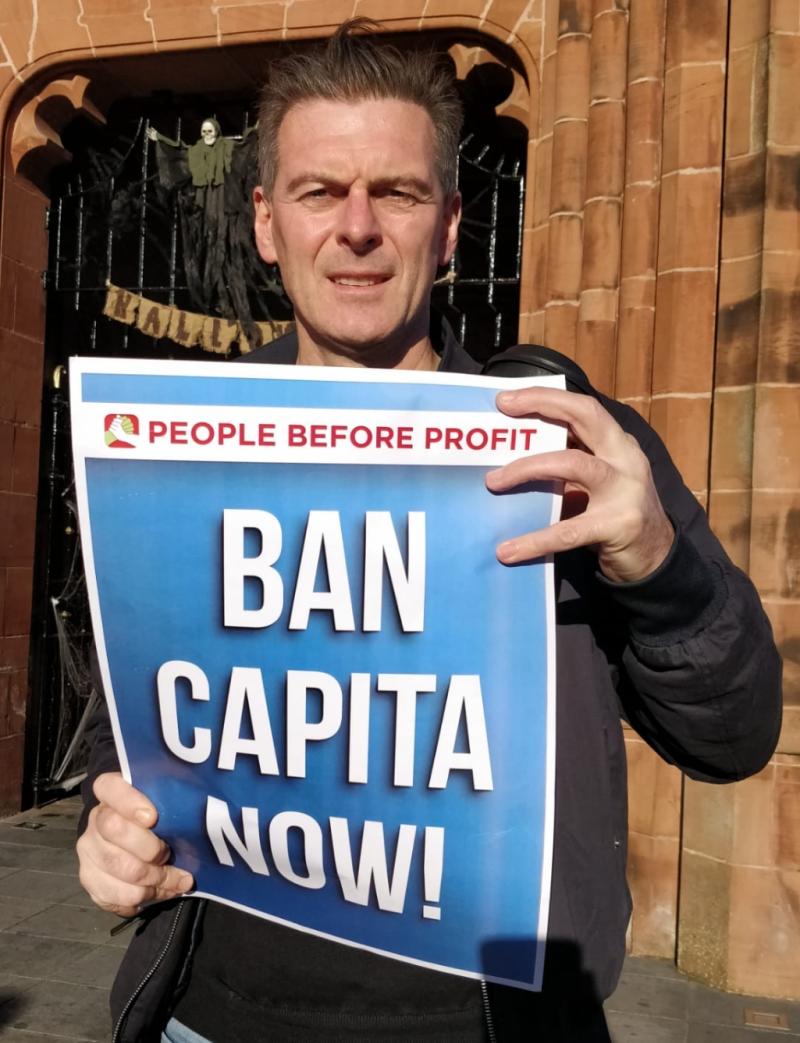 People Before Profit Councillor, Shaun Harkin, has demanded that Capita be “booted out” from their benefit claimant assessment role.

Capita were requested to attend a meeting at Derry City & Strabane Council to explain errors made by the company that affected people being able to access benefits that they were entitled to.

The firm was hired by the Department of Communities in 2016 to carry out Personal Independent Payment (PIP) assessments.

However, an Ombudsman report last June found Capita had “unfairly rejected” the applications of many claimants in the north of Ireland.

The Public Services Ombudsman, Margaret Kelly, said that “repeated opportunities were missed to make the right payment as early as possible in the process” with evidence from medical professionals not being sought out and used by Capita in their assessments.

He said: “There's always a risk that we won't get things 100 per cent right all of the time.

“On the occasions where things do go wrong, we apologise, and we will continue to apologise and seek to put things right as soon as we become aware of any issue where we might have failed.

"We look to put in place safeguards, checks and balances and the continuous improvement processes to ensure those errors don't happen again.”

However, Capita's apology cut no ice with Cllr Harkin who accused the firm of acting “callously” and called on Communities Minister, Deirdre Hargey to strip them of the role of assessing benefits for people in need of them. 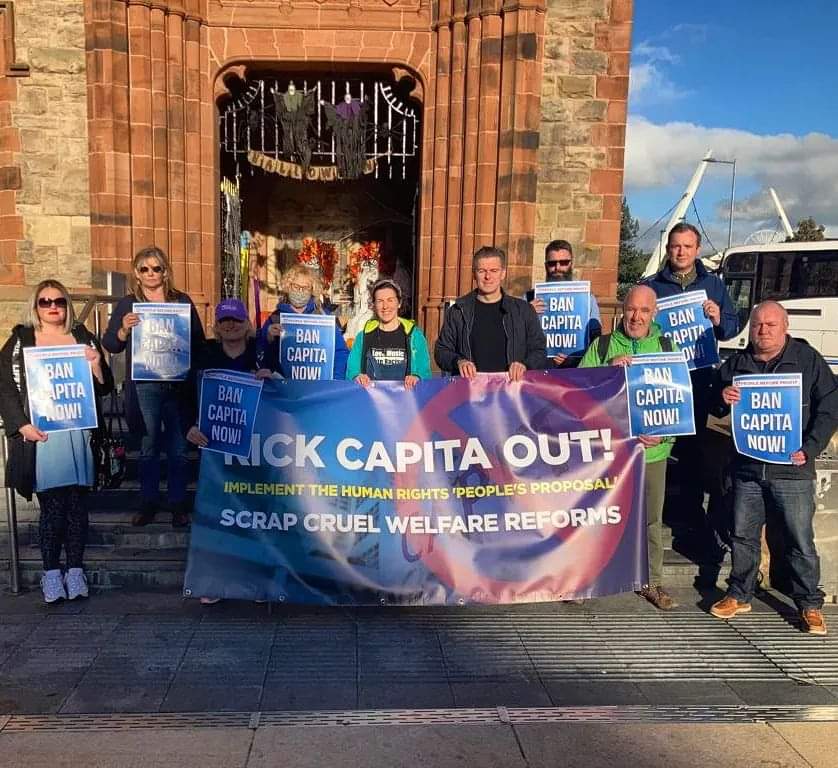 “The company has acted callously in its pursuit of profits. They should have no role in 'assessing' whether or not people should be able to access any benefit. Capita isn't fit for this role.

“Given Capita's atrocious record, it's simply stunning that the Communities Minister decided the corporation should be rewarded with another multi-million pound contract through to 2023. Coming into the role, axing Capita should have been number one on the list.

“It's also unacceptable that the Minister refuses to implement the human rights 'People's Proposal', backed by 11 Councils including Derry and Strabane, to ensure dignified treatment to everyone seeking to access benefit help.

“If this was a DUP Minister, Sinn Féin would be roasting them. Instead they tell us they have confidence in the Minister.

“We are calling for Capita to hand over its profits to the Derry and Strabane hardship fund and other organisations working to mitigate the impact of poverty.

“They should be ashamed to be lifting profits following the devastating Public Service Ombudsman report. Companies solely interested in turning a profit shouldn't be getting their hands on extremely lucrative government contracts.

“We need to end the corrupt cycle of powerful corporations getting their hands on huge government contracts with the sole goal of squeezing out as much profit as possible no matter the damage caused to vulnerable people.”

In response, a Capita spokesperson said: “We recognise and understand that the assessment process can be a stressful and anxious time for claimants.”

“Our assessments are just one part of a wider process of evidence gathering on behalf of the Department for Communities and final PIP award decisions are made by the department.

The spokesperson said a sample of claimants are surveyed monthly following their PIP assessment by an independent research company.

"Over the last 12 months, more than 99 per cent of those surveyed have said they were satisfied or very satisfied with our service," the spokesperson said.

A spokesperson for the Department for Communities said they were committed to improving the quality of PIP assessments and have already begun in doing so.

They said: “These include the completion of PIP award reviews in-house, where sufficient evidence is available. This has reduced referrals to the PIP assessment provider by 25 per cent.

“The department also employs health professionals who monitor the quality of assessments reports, and from August 21 the independent audit of cases has been brought in-house to provide a more robust oversight and scrutiny of the quality of service provided.

“Where assessments are required, officials are working closely with the service provider to reduce the need for a claimant to attend for assessment.

“Officials are also taking forward initiatives to enhance customer service in response to independent reviews that have recently completed, including the second independent review of PIP and a review of the management of the PIP assessment service contract by the NI Audit Office.”