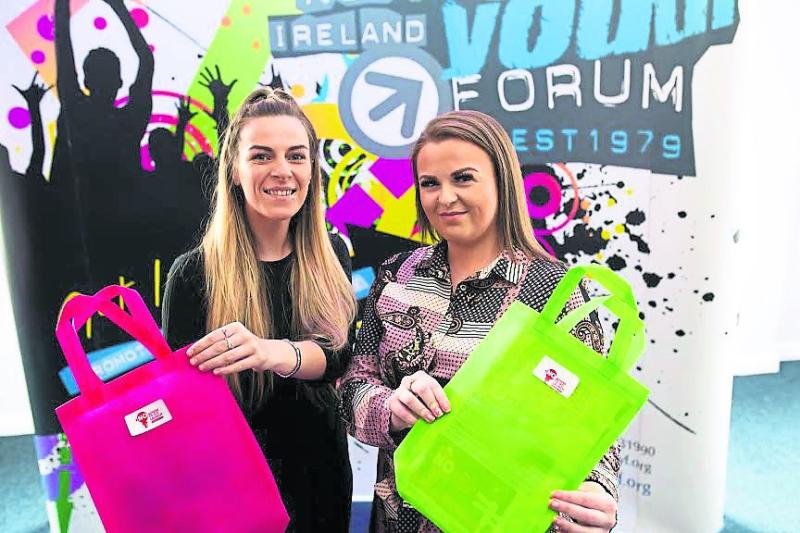 Young people from Derry were involved in research into a major report on youth homelessness launched recently. .

The report, nKowhere to Go? – a peer approach to preventing homelessness in NI included interviews with more than 40 young people across the North who have experienced homelessness and understand the issues and barriers facing young people at risk of or currently homelessness.

The report was produced by two young women, who are using their traumatic experiences of homelessness to fight for support and access to the right information at the right time to help prevent the same thing happening to other young people across the North.

Blair Anderson and Saoirse McEvoy are calling for a single online information and advice service to be set up to help young people under threat of being made homeless. It is one of five key recommendations of kNowhere to Go after extensive engagement with young people throughout Northern Ireland.

The report was produced as part of the Northern Ireland Youth Forum (NIYF) Change Project – a collaboration with the Northern Ireland Housing Executive, funded by the Department for Communities to build the capacity of young people aged 16-25 who have experienced homelessness or have been in care.

As well as a single online help service, the report calls for educational workshops on homelessness to be delivered in schools, support and training for teachers and youth workers, an awareness campaign to end the stigma of homelessness and a freephone helpline and signposting service for young people at risk.

The report details the stigma surrounding homelessness which prevents young people from admitting they are in trouble. It also highlights the lack of information in schools about homelessness and recommends that it should be part of the curriculum.

Blair and Saoirse, who are now employed as NIYF Peer Mentors, told an invited audience including senior representatives from the Department for Communities and the Housing Executive, that their aim in compiling the report was to tackle the increasing rates of youth homelessness by providing help and support to those in a similar position.

Blair, who found herself homeless after growing up in the care system, said the struggles she has faced have given her a desire to help others and make a difference.

She added: “I want to help create a safe environment for those who find themselves in tough situations and to reinforce the importance of not giving up. My example shows that with the correct support, help and guidance you can overcome any situation in life.”

Saoirse was homeless at the age of 17 when she was asked to leave the family home. She ended up living in a homeless shelter, but her life changed when she became involved with the NIYF Relentless Change Project.

Saoirse said: “I know that the housing system can be complex and hard to know where to get help. As a Peer Mentor I am determined to use my experiences to help other young people avoid the problems I faced.”

The report was published amid rising numbers of young people finding themselves homeless in the wake of the Covid crisis. In April, figures supplied by the Department for Communities showed that youth homelessness had quadrupled during the pandemic, with placements in hotel and B&B accommodation increasing from 320 in 2019 to 1,418 in 2020.

A separate report from the homeless charity, Crisis estimated that between 70,000 and 112,000 people in NI were ‘hidden homeless’ with just under a third of those under 30.

Amanda Stewart, the NIYF Change project manager, said the report showed that the prevalence of youth homelessness needs addressed and it was vital for the Government and statutory agencies to concentrate resources on prevention.

She said: “It is a fact that a lot could be done to support young people at risk of becoming homeless before things start going wrong at home or in care. Young people don’t know where to go for help. The report shows the need for a single online information source where they can go for advice.”