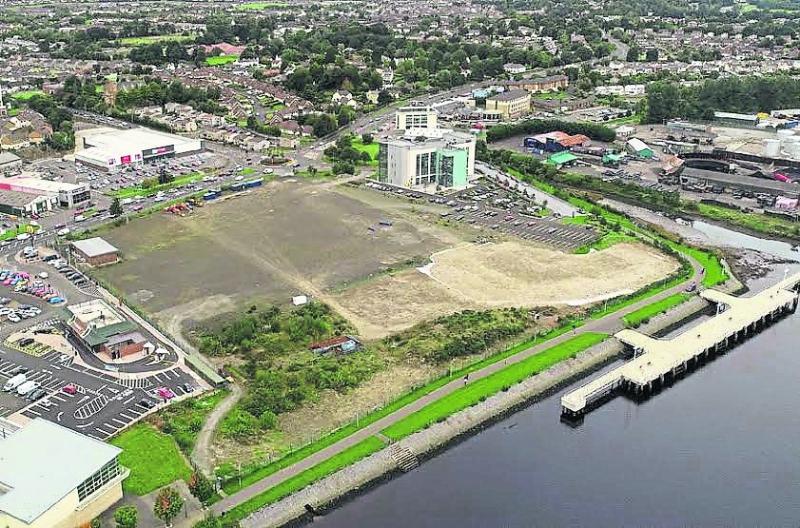 Approval for a four-storey science and IT business development is to be granted for the Fort George site in Derry 'in the near future'.

The news has been welcomed by Foyle SDLP MLA, Sinead McLaughlin who said: “I am delighted that we are now making progress at Fort George.

“I have been engaged in extensive discussions to enable planning approval to be given for new developments at the site.

“These  discussions have involved the council, government departments, Catalyst and others.

“The Fort George location is one of the most important in Derry, with a commanding and beautiful view of the River Foyle. It has long been  intended to be one of the transformative development sites in the city, but has been held back by a series of difficulties over the last two decades.

“We are now on the journey to realising important regeneration schemes on the site.

“As well as  the  construction of a second Catalyst business innovation centre, there is to be a major health facility at Fort George. Additional private sector proposals will be considered for other parts of the site.

"These developments will be supported by new road infrastructure. I hope and expect we will see significant job creation flow from the projects.”

Ms McLaughlin concluded: “Getting approval across the line has been very challenging, and I would like to thank Minister Mallon, other parts of government and the council for working together and with myself to resolve difficulties.”

In a letter to MLAs, seen by the Derry News, Ms Mallon said: “I have considered the report and advice from my officials and I have decided that reserved matters consent should be approved for the proposed development. It is my intention to announce that a Notice of Opinion to approve will be prepared and issued in the near future.”